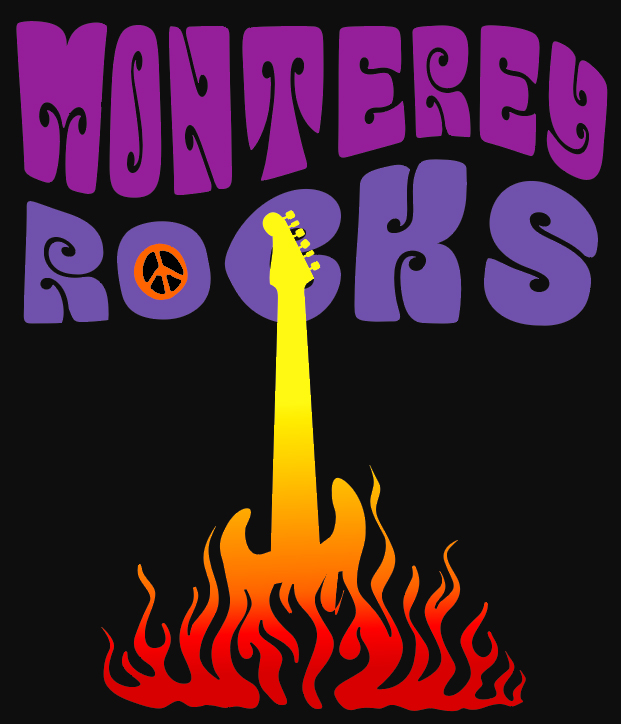 Rock ‘n’ roll wasn’t invented on the Central Coast, but no serious rock historian could possibly ignore the importance of the region. The Monterey International Pop Festival in 1967 — two full years before Woodstock — was the first real indication of the possibilities, the shift and the cultural muscle of music in America. Monterey Pop introduced the world to Jimi and his flaming Stratoscaster, Janis and her flaming voice, and The Who with Pete Townsend’s smashed-to-hell guitar. And while it’s true that Monterey’s music scene (and what’s left of its one-time groovy groove) owes a lot to that seminal event, the sun doesn’t rise and set on Monterey Pop.

The region has seen its share of other memorable individual performances, featuring the sorts of artists capable of filling stadiums and arenas. They were sublime performances. Performances that blew holes through the skies above Big Sur. Surprising performances. Gobsmacking performances. And, of course, the Monterey Bay has hosted lots of performances that weren’t necessarily sterling, but were otherwise important to the region for the mere fact that they happened at all. Or because they were quirky, unique or meaningful in strange ways.

Voices of Monterey Bay set off to list what we believe to be the 25 greatest individual rock ‘n’ roll performances on the Central Coast. It is a daunting task. So many great bands and concerts came through the Central Coast over the years, many of them lost to the ether. We’ve asked many of our friends and people we know in the industry to weigh in; they’ve been a tremendous help. We also know that a list like this is very subjective. Which is why we are opening the floor to our readers. We’d love to hear who you think we missed, and we’ve set up an easy-to-use poll here.

In putting this list together, we had to establish a few ground rules. The aforementioned Monterey Pop Festival is actually a big problem in compiling a list of the greatest rock sets ever. It could be argued that we could easily fill our Top 25 slots with every artist booked at the fairground during that magical weekend in 1967. I mean, look who showed up: Simon and Garfunkel, Country Joe & the Fish, The Who, The Byrds,  and Hugh Masekela. Otis Freakin’ Redding! Lou Rawls! Buffalo Springfield! The Mamas & the Papas! Ravi Shankar! But we’re limiting our list to what we consider the top three from Monterey Pop. You can probably guess who they are.

We are also avoiding a listing of festivals, at least for now. Many of our top artists did indeed do their things at local festivals. I, for one, was a huge fan of the succession of festivals at Aptos Village Park over the years, but we’re more interested in the individual artists.

We are not including acts we may have seen at the Monterey Jazz or Monterey Blues festivals, mostly on technicalities. Rock music might be derivative of jazz and blues, but we do need to limit the field somewhat. Also, even today a substantial number of purists will get sad and uptight if a rock ‘n’ roll act somehow gets invited to the Jazz or Blues festivals. Perhaps someone will someday curate a Top 25 Jazz Festival Performances list. Maybe that someone will be Voices. Someday.

But in the meantime, please enjoy our curated Monterey Rocks list. And be sure to let us know about the concerts you enjoyed most. During the next six months, Voices will count down the Top 25 significant rock performances on the Central Coast.

The announcement that the Eagles were coming to Salinas as part of its Farewell 1 tour was huge news in a city that rarely gets its due — or sees a celebrity who isn’t wearing a cowboy belt buckle. The band was well past its heyday by 2005. There had been lots of drama with the boys over the years and they hadn’t written new music since forever. But they didn’t need to. The idea behind Farewell 1 was not to break new ground.

That the Eagles would select the Salinas Rodeo Grounds, and not one of the usual and more fanciful venues on the Monterey Peninsula or Santa Cruz during the California swing of its 14-country tour seemed to galvanize the entire city. Advance tickets were snatched up within a day and there was an innocent giddiness that the Eagles — the EAGLES! — were actually coming to Salinas.

In good humor, the Farewell 1 Tour was named, self-referentially, to satirize the epic “farewell” ventures launched by other iconic mainstream bands that launch tours long after their first farewell tours. The Eagles got the band back together in 1984 after a 14-year hiatus. The band has been on again-off again ever since, still touring despite Glen Frey’s death in 2016 and a messy break-up and lawsuit with Don Felder.

A double DVD of a Farewell 1 concert in Melbourne, Australia, was released two months prior to the Eagles’ appearance in Salinas.

Audio | Preview of "Take It Easy" by The Eagles

The 22-song set in Salinas featured all the greatest hits — from “Take It Easy” to “Life in the Fast Lane” to “Hotel California” — and it yielded three encores. The set also included many of the hits Frey, Joe Walsh and Don Henley released during their solo careers. Between them all, they had enough gold records to fill Fort Knox and they unloaded their hits like so much bullion in Salinas.

The Salinas show was mostly good vibes, remembers Marcos Cabrera, a Salinas native and a music writer. “The crowd was multi-generational, lots of older parents and their older kids enjoying the concert,” he said.

Cabrera admits getting caught up in the moment. “When the band went into its opening number, ‘Take it Easy,’ it was surreal seeing one of the biggest rock bands of all time playing at the  Rodeo Grounds,” he said.

Kathy McKenzie, a Voices of Monterey Bay partner, was also there. It was the Eagles, granted, but she reports it wasn’t her favorite concert ever.  It was, she reports, “super duper loud.” And it was hard to forget “so many falling-down-drunk baby boomers in the crowd.”

Love it or hate it, we’re including the performance on our Monterey Rocks list. Because, hey!, the Eagles.

3 thoughts on “Monterey Rocks — The Countdown Begins #25: Room at the Hotel California”