Author’s note: In my original account of the meeting reported below, I strongly suggested that consternation over a defamation lawsuit and a related case pitting the deputies’ union against the county were factors in County Administrative Officer Charles McKee’s announcement that he will retire at the end of the year. That was based on information from sources close to the Board of Supervisors. Since then, however, sources closer to the board have disputed that characterization. Although McKee supported the move to pay fees for the Moses group, the supervisors apparently have been satisfied with McKee’s performance and did not encourage his retirement.

This story has been edited to reflect that.

Monterey County Administrator Charles McKee, a key county figure for 18 years, announced Tuesday that he will leave the position at the end of the year. 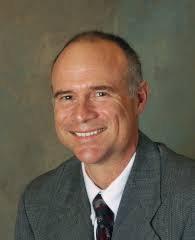 Members of the Monterey County Board of Supervisors were unanimous in praise for McKee’s performance.

The county issued a news release shortly after Tuesday’s announcement.

McKee said he didn’t know yet what his future holds but he mentioned his love of outdoor activities and an interest in doing volunteer work.

In his years as county counsel, McKee carved out a particularly powerful role, advising both the Board of Supervisors and other top county officials on policy and political matters as well as legal issues. During the administration of Lew Bauman, his immediate predecessor, officials often commented that McKee was essentially a shadow CAO.

Supervisor Luis Alejo praised McKee for helping everyone in the county, including the downtrodden. He also expressed the gratefulness shared by county residents and county employees.

Supervisor John Phillips called McKee almost irreplaceable and Supervisor Wendy Root Askew said she had learned much from McKee. She said the county is stronger because of the continuity of leadership he provided.

Board Chairwoman Mary Adams praised McKee for his leadership, his service on statewide organizations and for being “so patient with me” when she was a new board member.