It’s still early in the race for Monterey County sheriff, but at least one candidate has pulled out the right-wing buzzwords and dog whistles to capture voter attention.

On Tuesday candidate Justin Patterson, a deputy for the Sheriff’s Office, released a written statement prefaced with a bold headline asking “Why is Joe Moses Working with Radical Left, Defund the Police campaign consultants?”

His statement notes that the campaign for rival Joe Moses, a captain in the department, is run by Clean Sweep Campaigns, a Berkeley firm that Patterson said is aligned with what he called “extremist anti-law enforcement groups like the Black Lives Matter, Moveon.org, and the Grassroots Law Firm.” He goes on to say that Clean Sweep includes clients like Rep. Adam Schiff — who he refers to as the perpetrator of “the Russiagate hoax.”

Moses’ response was terse: “After reading through the statement, I really don’t feel I need to dignify those comments with a response.”

The early dust-up between the two comes as candidates are settling in to campaign for the primary election on June 7, a harbinger to what will likely become yet another vituperative campaign for the top law-enforcement job in the county.

Moses and Patterson have joined three candidates who have announced their intentions to seek election to a seat that will be vacated by Sheriff Steve Bernal. Moses and Patterson work in the department, while candidate Jose Mendoza is a retired commander in the Sheriff’s Office. Also seeking the seat are Tina Nieto, chief of the Marina Police Department, and Jeff Hoyne, chief of Del Rey Oaks Police Department.

Judging from the candidates’ fundraising efforts, Moses appears to be the front-runner in the race. During the latest disclosure period, which ended Dec. 31, Moses had raised almost $125,000 for his campaign, while Nieto raised about $33,000. 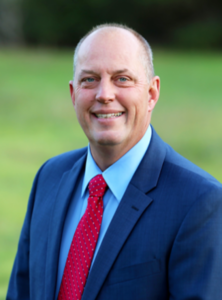 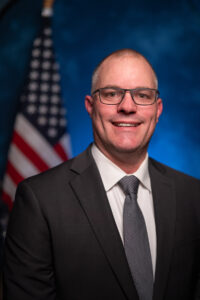 Patterson’s campaign is being run by Paramount Consulting, a Hollister firm headed by a longtime political campaign consultant who prides itself on working with conservative candidates and issues, including the failed effort to recall Gov. Gavin Newsom last year.

Patterson’s statement also comes as the Monterey County Board of Supervisors is considering a proposal to establish an oversight committee to serve as an independent third-party monitor of the department. Oversight committees in individual counties were authorized by the state a couple of years ago, in response to concerns over police-involved violence and other issues.

County administrators are still working out the details for how the committee would operate, and the proposal is expected to be considered by the board during a supervisors’ meeting scheduled March 8.

Coincidentally, Voices of Monterey Bay asked all five candidates their opinions about the oversight committee proposal, which was proposed early last month by Supervisor Wendy Root-Askew. The Board of Supervisors has had a rocky relationship with Bernal, the current sheriff dogged by a

string of scandals and other issues within the department. Supervisors ultimately took the rare step of issuing a censure against Bernal last year.

In their responses to Voices’ inquiries, both Patterson and Moses say they question the need for a citizens’ oversight group, adding that effective oversight currently exists on several levels. Moses said he has been discussing the issue with county supervisors.

“It is my belief that our Professional Standards Division conducts thorough and accurate investigations regarding inappropriate actions by department personnel,” said Patterson. “Additionally, the department utilizes outside agencies such as the District Attorney’s Office and the State Attorney General’s Office when a situation is deemed a conflict of interest.”

Moses listed eight different opportunities existing today that provide adequate oversight, from seven different government agencies to voters who pass judgment on the department every four years during elections. But he said he believes the discussion is worth the effort.

“In the end, we may find that an oversight committee is necessary,” he said. “Or we may find that the checks and balances that are already in place are sufficient to meet the stated goal and if we share existing information more succinctly, we can provide a clear assessment of how the Sheriff’s Office is operating and what needs improvement.”

He also said he would create a sheriff’s community advisory board, composed of community leaders “to provide input on policies and procedures of the Sheriff’s Office and discuss topics of concern for their community.” As a captain at the county jail, he said similar meetings are held with inmate representatives quarterly to discuss “issues of concern.”

Meanwhile, Patterson said he would try to open lines of communication with residents with regularly scheduled community meetings that would include himself and his executive management teams.”My goal as Sheriff is for the community to see us in their community,” he said.

In their responses, candidates Hoyne and Nieto both said they support the oversight committee; Nieto was unequivocal about her endorsement, while Hoyne said he would support whatever the board eventually approves.

“We talk a lot in our county about sheriff transparency and accountability, but even with the many checks and balances already in place, the Sheriff can still ignore the results of audits and other forms of oversight because they are not vested with subpoena powers,” said Nieto. “Unchecked power can lead to misuse, mismanagement and misallocation of taxpayer funds; it not only takes resources away from vital government functions, and it continually weakens the community’s faith and trust in the sheriff’s office.”

Nieto said she supports advisory boards throughout the county and will “work diligently to repair the broken relationship between the Board of Supervisors and the Sheriff’s Office.”

Hoyne said it isn’t the sheriff’s place “to say whether there should or should not be an oversight board,” adding that it’s a political decision left up to  county residents and the Board of Supervisors. “If they decide it is appropriate, I would accept that decision and work on implementing such a program.”

However, Hoyne also added that, if the county moves ahead with an oversight committee, a “thorough review” of complaints and other data should be completed to establish the mission of an oversight committee. And he said other potential legal and contractual issues — like the Police Officer Bill of Rights and collective bargaining agreements — should be reviewed.

Regardless, Hoyne said he would promote community outreach by assigning staff to serve as liaison with community leaders and would hold regularly scheduled community events, while building “a culture and philosophy in the Sheriff’s Offices that stresses our participation in more regional boards, efforts and groups that serve our communities in the areas of mental health, substance abuse, homelessness and other community issues.”

Mendoza did not respond to messages seeking his views about the oversight committee.

4 thoughts on “A very early deployment of familiar right-wing tropes Accusation against apparent frontrunner in Sheriff election a likely harbinger for bitter campaign ahead, as candidates discuss accountability issues”