Martha and the Vandellas | Wikimedia Commons 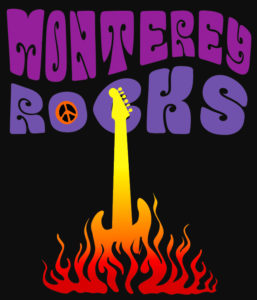 Voices of Monterey Bay is counting down the 25 greatest rock ‘n’ roll performances ever staged on the Central Coast. We’d love to hear about your favorite Monterey Bay performances, so please participate in our quick-and-easy poll. The following is No.  24:

The Hollywood stars showed up in Santa Cruz on July 1, 1978, for two of the more eclectic shows ever staged on the Monterey Bay. The benefit concerts headlined by the Doobie Brothers at The Catalyst were the main event that day, and they epitomized the whirling-blender weirdness of the era. But the real treat came later that night, when the party moved to Seascape for a rare appearance by Motown soul legends, Martha & the Vandellas.

The occasion of the Catalyst show was a benefit for Will Geer, the Hollywood actor who had kicked around for years until he became a household name by starring as Grandpa Zebulon Tyler in “The Waltons”.

As it turns out, the Doobie Brothers hung around with The Waltons’ cast a lot. Will Geer had been a social activist, working on behalf of labor unions and other progressive causes, and members of the Doobies were big fans.

Geer had once been associated romantically with Harry Hay, the Los Angeles Communist who founded America’s first large-scale gay activist organization, the Mattachine Society. Like many “radicals” of the era, Geer was blacklisted by Hollywood producers in the early 1950s. In response, he built the Will Geer Theatrical Botanicum to create an acting venue for himself and his blacklisted friends. He was a proud progressive agitator, but the Theatrical Botanicum, still an institution in Topanga, combined his interests in stagecraft and botany.

“I’m a lifelong agitator, a radical,” he once told an interviewer. “A rebel is just against things for rebellion’s sake. By radical, I mean someone who goes to the roots.”

The Doobies set out to hold a benefit concert for Geer’s theater and they chose The Catalyst as the venue. The Doobies were about to launch a new tour and one of its members, Pat Simmons, was a recent arrival to Santa Cruz, so they looked at the benefit as an opportunity to test their tour material. Everything was set up perfectly. The entire surviving Walton cast was due to show up and invitations were sent to at least 100 Hollywood stars and producers. Geer had been looking forward to the show for four months.

Then, on April 22, 1978 — about two months before the benefit — Geer died of respiratory failure. The show became a memorial benefit.

The Doobies and their eclectic lineup played two shows, one in the afternoon and the other at night. Tickets were $50 each and both shows were sold out.

The event had all the trappings of a Hollywood premiere. Jane Fonda was there, according to an account in the Santa Cruz Sentinel, and she showed up at the Catalyst wearing a Bonnie Raitt T-shirt. Outside the Catalyst, limousines were tripled parked on Pacific Avenue, spotlights cut into the night sky and a “substantial crowd of oglers” lined the streets, according to the Sentinel’s account. The event was so monumental that the Sentinel sent two reporters to cover it.

Variety, the show business magazine, noted that it was the first time in six years the Doobies, who at the time did big arena shows, had played for such an “intimate” audience. “The concert was one of the more unique talent conglomerates,” according to Variety. In fact, it might have been the most eclectic mix of performers ever to share a stage on the Central Coast.

Opening the shows was David Soul, the actor/musician and social activist who played Hutch in “Starsky and Hutch,” a hip buddy cop show popular in the 1970s. Variety noted that Soul was backed by an “impressive band that included Norton Buffalo,” the noted country-rock harmonica player.

Next up was John Walmsley, who played Jason on “The Waltons,” and his girlfriend, Lisa Harrison, who was also an actress with a recurring bit on the TV show. The Doobies backed that duo, then stayed on stage to provide the instrumental backing for the Captain & Tennille. Up until that day, Captain & Tennille had been known for its treacly hits — stuff like “Muskrat Love” and “Love Will Keep Us Together.” Variety noted that Toni Tennille told the crowd  they were definitely not going to be playing their hits “and proceeded with some un-Captain & Tennille rock ‘n’ roll.”

The Doobies then took center stage and blazed through the familiar Doobies songbook. They were joined for the final three numbers by Tom Johnstone, their former singer/guitarist. Lane Wallace, a veteran Central Coast journalist who seems to pop up at virtually every great concert in Santa Cruz County, said it  was the greatest show he had ever seen. But then he might have been star-struck. The Catalyst was jammed. “Nobody could move in there, and it was hot,” he said. “The balcony sections were reserved for Hollywood stars.”

The evening show, which started about an hour late, ended at 2 a.m., and the Hollywood contingent followed a limo parade to Seascape for the afterparty. Martha & the Vandellas headlined that show. It was supposed to have been a secret, that post-benefit party, but Seascape officials had a difficult time trying to accommodate a good number of gate crashers.

The Martha & the Vandellas appearance was a big deal. It was the first time they sung together in about a decade. The group sprung out of the Motown movement in Detroit in the 1960s, cranking out  hits like “Nowhere to Run” and “Jimmy Mack.” Their biggest hit, “Dancing in the Street,” was written by Marvin Gaye and recorded by Martha & the Vandellas  in 1964. It has since been covered by everyone from The Who to the Grateful Dead to Black Oak Arkansas.

Critics described Martha & the Vandellas as the Supremes’ tougher, more grounded counterpart, according to the Rock & Roll Hall of Fame. But Martha Reeves launched a solo career and the Vandellas, Rosalind Ashford and Annette Beard, went their separate ways until the Will Geer benefit afterparty.

It was the last time Martha Reeves appeared on stage with the Vandellas until the group was inducted in the Rock & Roll Hall of Fame in 1995. The Doobie Brothers have yet be inducted to the Hall.

2 thoughts on “Martha, the Vandellas and the Doobies Monterey Rocks #24”