Political figures around the Central Coast, and possibly beyond, are reviewing campaign finance reports to determine if they had received any contributions from alleged rapist John Fickas or, potentially worse, from his friends or associates.

After the part-time coach and full-time political consultant was arrested on the rape charges July 11, some elected officials began returning campaign contributions they had received from him. One, Salinas City Councilman Steve McShane, said this week that he had already returned two contributions, and two other elected officials told Voices that they would be writing checks to Fickas by the end of the week.

“I don’t want anyone doing a Google search and finding Fickas and me in the same article,” one of the officials said to explain why he declined to be identified.

He said he and others in politics were examining their campaign financial filings to determine if they might have received money from people connected to Fickas out of concern that he might have been the actual source of the contribution or may have illegally funneled money to campaigns through other routes. That’s because Mary Duan’s report in the Monterey County Weekly last week revealed that the FBI is looking into whether Fickas had been involved in laundering campaign contributions, an inquiry that reportedly began when investigators assigned to the rape case discovered sizable amounts of cash in Fickas’s possession. 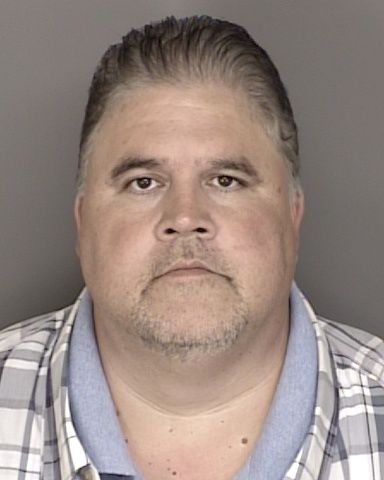 Multiple sources in political circles said the FBI had interviewed Brian Higgins, who has managed the campaigns of numerous Monterey County Republicans and has often worked with Fickas. Voices contacted Higgins by email for confirmation early Wednesday but he had not replied as of Thursday morning.

Fickas, 48, has worked for numerous political campaigns over the past two decades, mostly for Republican candidates. He helped finance some campaigns but specialized in arranging for volunteers or paid workers to knock on doors and distribute campaign materials. Fickas, who had been an unpaid coach at North Salinas High School, generally provided the campaigns with groups of high school students who would receive community service credit for their efforts. One of the rapes he is accused of allegedly occurred on Election Day in November 2015. The other accusation dates to 2009.

In varying capacities, Fickas in recent years has been involved in the sheriff’s campaigns of Steve Bernal, Scott Davis and Mike Kanalakis, Davis’s Salinas city council campaign, the Monterey County supervisorial campaign of Butch Lindley, and the state senatorial campaigns of Abel Maldonado and Jeff Denham.  Except for the Davis-for-sheriff campaign, each of those was successful.

"I don’t want anyone doing a Google search and finding Fickas and me in the same article." Local official who asked not to be named

(CLARIFICATION: This article initially said that Fickas had also been “involved” in a campaign of Monterey County Supervisor Luis Alejo. Alejo said Friday that Fickas’s only role was to make a sponsorship-level contribution. Alejo said he returned the money the day the story broke about Fickas’s arrest.)

Fickas has worked on some campaigns coordinated by his brother, Paul, who started small with Monterey County elections but who has emerged as a significant political player on the statewide stage. He is a partner in the California Alliance Group, a fairly high-powered lobbyist and campaign management firm that also includes former California Superintendent of Schools Tom Torlakson, former state Sen. Richard Polanco and former Lt. Gov. Cruz Bustamante. Paul Fickas’s rise in political circles corresponded with his success as a fundraiser for Torlakson.

For the most part, John Fickas has worked with Republican candidates and potential officeholders in nonpartisan races. His brother originally specialized in GOP work as well but has allied himself primarily with Democrats since he and Bustamante, a lifelong Democrat, formed the California Alliance Group a decade ago.

While the political side of the Fickas investigation provides additional intrigue, the rape investigation had already roiled the Central Coast because of the nature of the accusations — that John Fickas had drugged two girls and raped them while they were unconscious. The prosecution also said in court this week that it is actively investigating allegations of five additional rapes while police agencies are reviewing dozens of complaints that were received by authorities after he was arrested.

Accompanied by several family members and walking with the aid of a cane, Fickas appeared in a Salinas courtroom on Monday to plead not guilty to the existing charges. He was released from jail after posting a $400,000 bond. Prosecutor Elaine McLeaf unsuccessfully implored Judge Tim Roberts to raise the bail to $1 million, alleging that Fickas is a “threat to the community.”

“The community outcry leaves us no option but to ask (for higher bail),” she said.

Fickas’s attorney, Miguel Hernandez, told the judge that his client has significant support from relatives and others and should not be forced to post additional bond because of charges that haven’t been filed.

John Fickas, who raises and shows rabbits at county fairs and elsewhere, is also facing charges of animal cruelty stemming from an investigation that found large number of rabbits being kept in crowded and otherwise unacceptable quarters. He also has denied those charges. Law enforcement officials have said that some of the new allegations of sexual misconduct stem from incidents allegedly occurring in places where his rabbits were being displayed.

The Salinas Californian reported that Fickas had pleaded guilty in 2017 to a misdemeanor charge of failure to care for 41 rabbits authorities found in inhumane conditions. At that time, he was ordered to possess no more rabbits, but he was charged with animal cruelty again last October after authorities found more than 40 rabbits in a filthy shed. Fickas was arrested on the rape charges when he appeared in court on that charge.