John Q. Public is a frantic little weirdo. The poor fellow always seems to be in the throes of a nervous breakdown. By turns he is angry, frightened or astonished. The world spins crazily and the forces of evil conspire against him, and there’s not much John Q. can do about it except throw flop sweat from his furrowed brow. He’s got a pinched-up face and googly eyes and an impossibly wretched mustache.

You may have heard of John Q. Public. He’s been part of the English vernacular for decades now. He’s the common man, the man on the street. He’s the little guy, perhaps an immigrant from the “old country,” in a madman’s hat and a bow tie, chomping at a cigar.

Occasionally he’s been seen in the company of Uncle Sam; together they salute the flag or they shoot daggers at Rotten Nazis or the Red Menace of communism. John Q. has been an eyewitness to some of the more intense events of the previous century, from World War II to the Bay of Pigs to Vietnam. He’s sort of like your grandpa’s Forrest Gump, except that John Q. stands always on the sidelines in a state of intense stress over what he sees. I mean, you can actually see the sweat flying from his forehead. With so much turmoil swirling about, it’s no wonder he forever dreams of his summer vacations, a time for peace and tranquility, when he relaxes in a hammock on the banks of a lake.

I was fortunate to meet the man who introduced John Q. Public to the rest of the world. His name was Vaughn Shoemaker and he was a Pulitzer Prize-winning editorial cartoonist back in the day when editorial cartoonists were venerated. At a time when human beings read newspapers.

He was retired and living in Del Mesa Carmel in Carmel Valley when I caught up with him about two decades ago. I had met a lot of newspaper guys in my life and my profession as a journalist allowed me to cross paths with clots of famous people. But I was most excited to write a feature about the man who created John Q. Public.

Shoemaker was a sweet and gracious man. The first thing he did after allowing me into his home was ask me to join him for a brief prayer. Head bowed, he beseeched God to guide us through a successful interview, thanked Him for bringing me into his life and for this special day. Opening an interview with prayer had never happened to me before. It hasn’t happened since, and I’ve interviewed bishops and swamis and monks and such.

But that was Shoemaker being Shoemaker. “I wouldn’t think of starting a day without asking God’s help,” he wrote in the preface to “Shoemaker,” a book of his favorite cartoons published in 1966.

“He was an interesting character,” said Dennis Renault, a retired political cartoonist for the Sacramento Bee and a Monterey County native. Renault visited on occasion with the guy he called “Shoes.” Renault doesn’t recall ever being asked to join him in prayer.  He’d remember something like that.

Back in the day, the local fraternity of cartoonists gathered often to swap stories over drinks. They were plentiful in Monterey County at the time — comic strip guys, editorial  cartoonists, gag cartoonists who were published regularly in magazines. Shoemaker and Hank Ketcham might have been the most famous, but Shoemaker was known among the local guys as a stick-in-the-mud, the guy who never joined the others for drinks and camaraderie. “He was a teetotaler, so he never showed up,” Renault said.

Shoemaker was hired by the Chicago Daily News in 1922, at the age of 20, to join the art department. He had been a sickly kid with heart problems, growing up in the South Side of Chicago, but worked himself into physical shape to work as a lifeguard, where he met the girl who would eventually become his wife. At the Daily News, he had been drawing sketches for a joke column but quickly worked his way up to become the chief cartoonist. He was the chief cartoonist for the New York Herald Tribune and the Chicago American. He won the Pulitzer Prize in 1938 and again in 1947, cranking out about 14,000 cartoons that were syndicated to newspapers across the country. He moved to Carmel Point in 1951, and mailed his cartoons from Monterey County until his retirement in 1972. 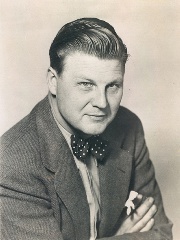 While John Q. Public became a household name, he showed up only occasionally in Shoemaker’s cartoons. Shoemaker did a lot of FDR, Truman, Hitler, Mussolini, Stalin, Ike and JFK. He also depicted the Dem’s donkey and the GOP’s elephant quite a bit; even then they didn’t seem to like one another much. When John Q. did make an appearance, he typically ran the emotional gamut from apoplectic to manic, with occasional bouts of profound fear and gobsmacked astonishment.

Shoemaker skewered a lot of the old politicians of the day, but they all seemed to like him. Shoemaker decorated the hallways of his Carmel Valley home with signed photographs of notable world leaders, including Winston Churchill and every U.S. president from Calvin Coolidge to Richard Nixon. (Politicians weren’t so thin-skinned back then.) He never did get John F. Kennedy’s photo, though he had several opportunities to get one from him at two of the White House Rose Garden parties he attended. Shoemaker said he thought there might be a better time to ask for one during Kennedy’s presidency.

In addition to drawing his daily cartoons, Shoemaker was an instructor at the Chicago Academy of Fine Arts. By the time he showed up in Carmel Valley, he was about as famous as an editorial cartoonist could get. There was a time when the Monterey Peninsula enjoyed a Golden Age of legendary cartoonists, including Ketcham, Gus Arriola of Gordo fame, and Eldon Dedini, who did a bunch of ribald cartoons for Playboy. During that Golden Age, 21 different cartoonists lived on the Monterey Peninsula. (Editor’s note: see the list of notable Monterey Peninsula of cartoonists below.) While Shoemaker was considered an outsider because he never joined them for drinks, they did gather one night in 1977 at La Playa Hotel specifically  to honor the only Pulitzer Prize winner among them. Even Charles Schulz, the creator of Peanuts, came down from Santa Rosa for the event.

Renault, who started his career as a cartoonist for magazines, spent as much time as he could in the company of the established local cartoonists to learn more about the trade. He showed up at Ketcham’s home one day, unannounced, while he was still in high school and eventually forged a friendship with the Dennis the Menace creator that continued until Ketcham died.

Renault said that when he visited Shoemaker, he was advised to avoid the magazine market because all that magazine editors wanted was sex-based drawings and gags. Shoemaker also advised him to avoid newspapers — and especially political cartoons — because newspaper editors were dangerously liberal.

“He wasn’t really helpful,” Renault said. “If you take magazines and newspapers out of the equation, there wasn’t much left.”

As famous as John Q. Public got to be, Shoemaker told me he was most proud of the single cartoon the Chicago Daily News first published on Dec. 25, 1934. It depicted the manger scene in silhouette, the Star of Bethlehem above, and the John 3:16 Bible verse emblazoned across the sky. He titled the cartoon “The First Christmas Gift.”

At the time, the cartoon was considered a radical departure for the sort of work he was doing. It was originally rejected by the assistant publisher because it wasn’t “Christmasy enough,” Shoemaker said. So he set off a prayer chain, he and an office boy named Charlie. Charlie told Shoemaker he’d call his girlfriend and get her to pray about it too. A day or two later, at an editorial meeting, the assistant publisher rejected it yet again. And then Col. Frank Knox, the publisher (who eventually became the Secretary of the Navy), walked in the room and overruled the pissant assistant.

The cartoon was carried on Christmas Day in hundreds of newspapers for decades. It’s the cartoon that propelled him to national prominence and made him a darling among evangelicals. Over the years, he was a featured speaker at more than 1,200 churches, including many in Monterey County, delivering his testimony while drawing cartoons live for the congregation to illustrate talks he called “God Guides My Pen.”

After retiring from cartoons, he became a fine artist, painting scenes he encountered during his many trips to Mexico and Italy. He died in 1991.

These days, it’s difficult to know what John Q. Public might think of the America he grew up in. The poor guy had been plagued for so long by Mao and Khrushchev and high taxes and Hitler and hippies and inflation and the national debt and the eroding morality of modern life.