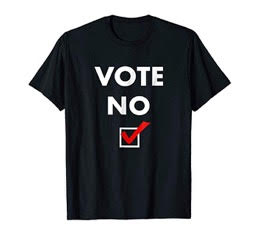 One thing I have learned after following politics for a decade or four is not to pay attention to the ads on TV. Or radio. The newspaper ads are better for the most part because they often include a useful list of endorsements, but they mostly relate to local candidates. The seasonal crush of heavy-handed broadcast advertising mainly involves regional candidates and statewide ballot measures.

The main takeaway from the TV ads is that all the candidates are horrible and the ballot measures are worse. And that whichever side has the most money buys the most air time and is most likely the wrong side.

The broadcast commercials also are unintentionally illuminating in the case of Measure J, Public Water Now’s initiative to launch a feasibility study as a first step toward a public takeover of the Cal Am water system on the Monterey Peninsula. Cal Am has lots of your money available and it’s willing to spend plenty of it to keep its water system even though it claims to be losing money. Go figure.

But back to the state measures. As a nonprofit entity, Voices of Monterey Bay is not in the business of making political endorsements, but that doesn’t mean we can’t try to provide some illumination. If you’ve been watching TV and haven’t had a chance to study the issues yourself, you probably could use a little help. Here’s a bit. It might be all you need to make up your own mind.

The ads against Proposition 10 almost make it sound as though it is intended to tear down affordable housing and raise your rent. The ads, featuring frightened little old ladies and little old men, never come right out and say what the measure would do.

Here’s what it would do. It would repeal an old state law, the Costa-Hawkins Rental Housing Act, which prevents California cities from imposing rent control on houses and apartments built after 1995. That old law also allows rents to be raised without limit when a rent-controlled unit is vacated.

What the little old people say in the ads is mostly conjecture. They say the proposition will reduce the amount of new affordable housing. That might be true in places. Some investors may chose to get out of real estate because of the potential for additional rent control. There is considerable, legitimate debate over the impact of rent control, but the debate is not accurately represented in the anti-Proposition 10 ads. It certainly is not true that investors are currently rushing to build affordable housing under current law.

Important information left out of the anti-Prop. 10 ads is that the rent-control measures allowed if it passes would be enacted at the local level. Rent control would work better in some places than others. Some jurisdictions wanting to impose rent control also might be willing and able to craft incentives to create more additional housing. If you think local control is a good thing, you might like Prop. 10.

The main takeaway from the TV ads is that all the candidates are horrible and the ballot measures are worse. And that whichever side has the most money buys the most air time and is most likely the wrong side.

The ads opposing Proposition 8 contain about the same amount of hyperbole. You’ve probably seen them. They feature sad-looking kidney patients saying Prop. 8 will close California’s dialysis clinics and, therefore, they will die.

What Prop. 8 does is impose a financial formula on the clinics used by some 140,000 dialysis patients. It is a well-intentioned attempt to force them to spend more on patient care. Two for-profit companies operate 70 percent of the dialysis clinics in California and it is a safe bet that they probably would remain in business even if their profit margins have to shrink.

However, this union-backed measure is a glaring example of the misuse of California’s initiative process. Regulation of medical clinics and their finances is a terribly complex arena and certainly is not something that should be left to poorly informed voters. The advertising overstates the case for dramatic purposes and the unions apparently don’t have enough money to mount much of a competing campaign to explain the benefits.

Far be it from me to suggest how you should vote, but I think I’m going skip over this one on Election Day.

Of all the measures sparking major advertising, Proposition 11 is the simplest but it still carries some complexities that make it another example of the initiative process’s pitfalls. All it says is that paramedics and the like would have to accept emergency calls during their breaks, which seems terribly logical.

The problem is that passage of the measure would complicate existing lawsuits over that very issue. As with a lot of initiatives, the subject matter would be better handled by the Legislature.

Hope that helps. If not, buy an ad and give me heck.