If you are like most readers of Voices, you already know how you’re going to vote on Measure J, which would kick off a public takeover of Cal Am, everyone’s favorite for-profit water company.

But in case the guests at your next barbecue aren’t as up to speed as you are, or in case you’re surrounded with chamber of commerce types at your next fundraiser, here are some helpful talking points. 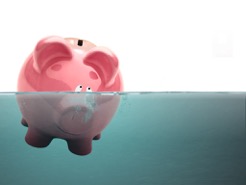 What your less enlightened friends need to know is that the purchase price will be the product of a negotiation and, ultimately, a judge will come up with the final number. During previous buyout efforts elsewhere, Cal Am has announced appraised values three to four times higher than what an objective appraiser would calculate.

According to Public Water Now, the group pushing the takeover measure, Cal Am wanted $46 million when voters in Felton decided to buy the system there. The sales price turned out to be $13 million. “Cal Am is using this $1 billion price tag to scare people into believing a buyout would be too costly,” says PWN Director George Riley.

If approved, Measure J would set up a feasibility study to determine what the water system is worth and whether the public can afford to buy it. The $1 billion figure? Meaningless.

Here are some more talking points.

Cal Am says on its Monterey Water Works website that despite water rates as high as any in the country, the company is actually losing money here.

Here are Cal Am’s own words on the subject: “Over the last seven years, Cal Am’s average rate of return on investment has been minus 1.8 percent. For the period 2010-02016, Cal Am’s cumulative cash-based earnings has (sic) been minus $16 million. Monterey has not been a profit center for Cal Am.”

But the system is worth $1 billion?

If it’s a money loser, one has to wonder why it is fighting so hard to keep it. In fact, maybe the company ought to be asking voters to take it off its hands.

On the topic of desalination, Cal Am says on the website and in its advertising that a public takeover would disrupt the process of getting a desal plant built. History shows us that Cal Am itself is the primary obstacle to completing this poorly planned venture and that rising costs and other factors strongly suggest that there are other, more effective ways to address the Peninsula’s water shortage.

Arguing with its growing number of critics, Cal Am says on the website that there is no issue about water rights for the desalination plant, that it needs no water rights to pump sea water.

The fact is that the plant as designed would also draw in a significant amount of fresh water, and the company has no rights to that water. It is proceeding as though it doesn’t need the rights. In fact, if it ever starts actually building the plant, it will have to pay big bucks for rights to the groundwater, bucks that eventually be part of your water bill.

While researching the record for this piece, I looked at some of the company’s successful efforts to defeat previous takeover efforts. I was struck by a news article in the Carmel Pine Cone from early 2014. Not surprisingly, considering that Pine Cone Publisher Paul Miller has been shilling for Cal Am for a few decades now, it was a terribly lopsided piece.

“The group calling for a public takeover of California American Water promises that the move will drastically lower monthly rates for the Peninsula’s 38,000 water customers, ensure better service and that it won’t delay the effort to build a desal plant.

“But with all the purported benefits, pursuing a takeover seems to have little support from prominent Peninsula organizations and community leaders.”

The supporters of that ballot measure never promised dramatic rate reductions. They never promised anything except a professional evaluation and feasibility study.

And who were the “prominent Peninsula organizations and community leaders” who were opposed to the measure back then?

It was a familiar cast of characters. The Monterey Peninsula Taxpayers Association, the Pacific Grove Chamber of Commerce, Monterey Commercial Property Owners Association were the most prominent organizations cited. Careful readers of Voices may recall that we recently printed a list of local organizations that had received so-called charitable contributions from Cal Am in 2017. You guessed it. On the list were the taxpayers association, PG chamber, the taxpayers association and several other groups that are opposing Measure J.

Çal Am survived the last takeover effort for two reasons. First, it outspent the opposition dramatically. Second, it spent that money on deceptive advertising mischaracterizing the motives of the opposition and the impact of a takeover. Sound familiar?

So why does the current effort stand a better chance? First off, there are those high water bills. Cal Am officials responded to their earlier victory by looking for every possible mechanism to raise rates and the Public Utilities Commission had neither the expertise or will to closely examine each request before saying yes.

Second, supporters of the earlier takeover effort were slow getting their message out. Analysis of the vote showed that early, absentee voters fell for Cal Am’s pitch but voters who waited and went to the polls sided with the takeover.

This time around, the group supporting the takeover is much larger, much better organized. Go to a Public Water Now meeting and you’ll find a crowd made up of pillars of the community – teachers, lawyers, accountants, engineers, retired folks. Check out the board of directors. While Cal Am is relying on simplistic and misleading advertising, just like last time, the Public Water Now folks are  knocking on doors, handling out leaflets, making speeches and organizing the troops.

I predict a different result this time.