In a victory for open and transparent government, a Monterey County judge has ruled that the city of Carmel must make public the documents submitted by City Attorney Glen Mozingo to the Carmel City Council to back up claims that he made on his resumé.

“The ruling is an important win for the people of Carmel, who are paying a half million to a million dollars a year for three lawyers, led by one who is working under a credibility cloud because of a resumé that seems to alternate between fact and fiction,” said Royal Calkins, a columnist with Voices of Monterey Bay who sued the city to make the documents open for public inspection.

Jon Giffen, an attorney representing Carmel in the case, said he was “disappointed” with the judge’s decision. “The city felt there were enough exemptions (in state law) to justify that we withhold the materials.”

As part of his ongoing investigation into Mozingo’s resumé, Calkins filed a public-records lawsuit against the city. The legal action sought release of documents Mozingo provided to the City Council in a closed-door session to back up some of the experience and awards included in his resumé.

Calkins and city residents asked to see those documents, but the city refused to release them, saying that the documents were protected because they were sensitive personnel items that had been presented during the closed meeting.

In his ruling, Judge Robert O’Farrell said that the documents — including diplomas, degrees, licenses, membership verifications, scholarship awards and letters of recommendation — “do not generally contain sensitive personal information.”

“These documents are not automatically immunized from disclosure simply because, as the city suggests, Mr. Mozingo considers them private,” O’Farrell wrote in his 11-page ruling, which he released Friday. “Moreover, Mr. Mozingo waived any privacy interest he may have had in these documents when he voluntarily submitted his qualifications to the City when applying for a public position, and those qualifications were made public.” 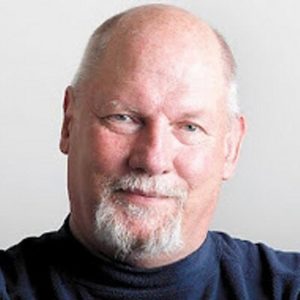 O’Farrell concluded that “disclosable public records do not automatically gain confidential status, and thus immunity from disclosure, simply because they were brought to a closed session.”

In a key passage in the ruling, O’Farrell noted that the city has spent “significant public funds to employ a City Attorney whose qualifications have come into question. The public has a strong interest n 10 insuring public funds are properly spent; 2) verifying that public officials have adequately reviewed Mr. Mozingo’s supporting materials; and 3) ensuring that the City Council is fulfilling its statutory duties.”

“The City asks the public to trust them, but the law requires the City to substantiate that trust,” the judge wrote. “‘Open access to government records is essential to verify that government officials are acting responsibly and held accountable to the public they serve. ‘Such access permits checks against the arbitrary exercise of official power and secrecy in the political process.’

In numerous columns published in Voices of Monterey Bay, Calkins questioned the veracity of many of the claims Mozingo listed on the resumé he submitted to the City Council before he was hired as a contract employee.

Among the claims, Mozingo said he had been given a Congressional Gold Medal, that he had been “special counsel” to Los Angeles Police Chief Daryl Gates for eight years, that he had received an advanced degree from Oxford, that he was a member of the British bar, and that he had been hired by then-Mayor Pete Wilson of San Diego to handle a key redevelopment project. He also claimed to have done trial work for several other Southern California cities, and he said he handled 138 jury trials, losing only two.

After he was denied the documents he sought, Calkins sued the city, claiming that the information submitted to the City Council should be available for public inspection under the state public records act. Calkins and a group of open-government proponents in Carmel secured Neil Shapiro, a Monterey attorney who specializes in public-access issues. Arguments in the case Royal Calkins v. City of Carmel by-the-Sea was heard by O’Farrell over a 30-minute hearing on Sept. 7.

Calkins said O’Farrell’s ruling is a victory for open government and a repudiation of the secrecy that marks city hall operations in Carmel.

“Mozingo is probably the most powerful person at City Hall but he thinks it is beneath him to honestly answer questions about his track record,” he said. “I know that if anyone ever challenged my credentials, I’d want to put my response on billboards for all to see. Mozingo and an increasingly dysfunctional City Council would rather allege fake news, attack the questioner and keep the facts about Mozingo’s actual record hidden behind a wall of bureaucracy. Fortunately, Judge O’Farrell apparently could see over the wall.”

In its court declarations in defense of the city’s activities, the city wrote that Calkins was a “failed journalist and a “documentable liar.”

Calkins is a former editor at the Monterey County Herald and has been an investigative reporter and community journalist in a career that spans more than four decades. In his reply, Calkins said the city’s libelous response was a “sad attempt to deflect … attention from the reality that (Carmel) lacks legal or logical support for its refusal to disclose public records.”

Julie Reynolds Martinez, an editor for Voices of Monterey Bay, said that Calkins’ persistence in challenging the city of Carmel is a testament to journalism’s importance in communities. “Whether in a small town like Carmel or in a big city, citizens should have full access to important government information, including the documents used to make vital decisions,” Reynolds Martinez said.

Giffen, the attorney representing Carmel, said he will present the judge’s ruling to the City Council for a determination on whether to appeal or to make the documents available.

Leave a Reply to L. A. Paterson Cancel reply