Alisal Trojan Pride is a beautiful thing. For All-League offensive lineman Isaac Duenas, Friday night marked the first time his immediate family got to witness it live. It inspired tears of joy.

Following the Trojan’s’ 20-14 win over rival Alvarez, Duenas was met on the sidelines of the football field by his mother. It was the first time she had seen her son play any kind of sport. Work commitments and other family priorities had prevented the family from attending games until now.

Listed at 6-foot-3, 330 pounds, Duenas anchors an Alisal line that is looking to build off a successful season that saw the football program earn its first-ever Central Coast Section win.

As great as that accomplishment was for him and his team, Friday night’s game possibly held greater importance.

Duenas shared the touching post-game moment of his mother’s embrace on his Twitter account (@soyisaac_). The video* had more than 500 likes and 100 shares in less than 24 hours. Watch the video here:

Prior to the game, Duenas was in good spirits at the prospect of his mom’s potential arrival for the game. 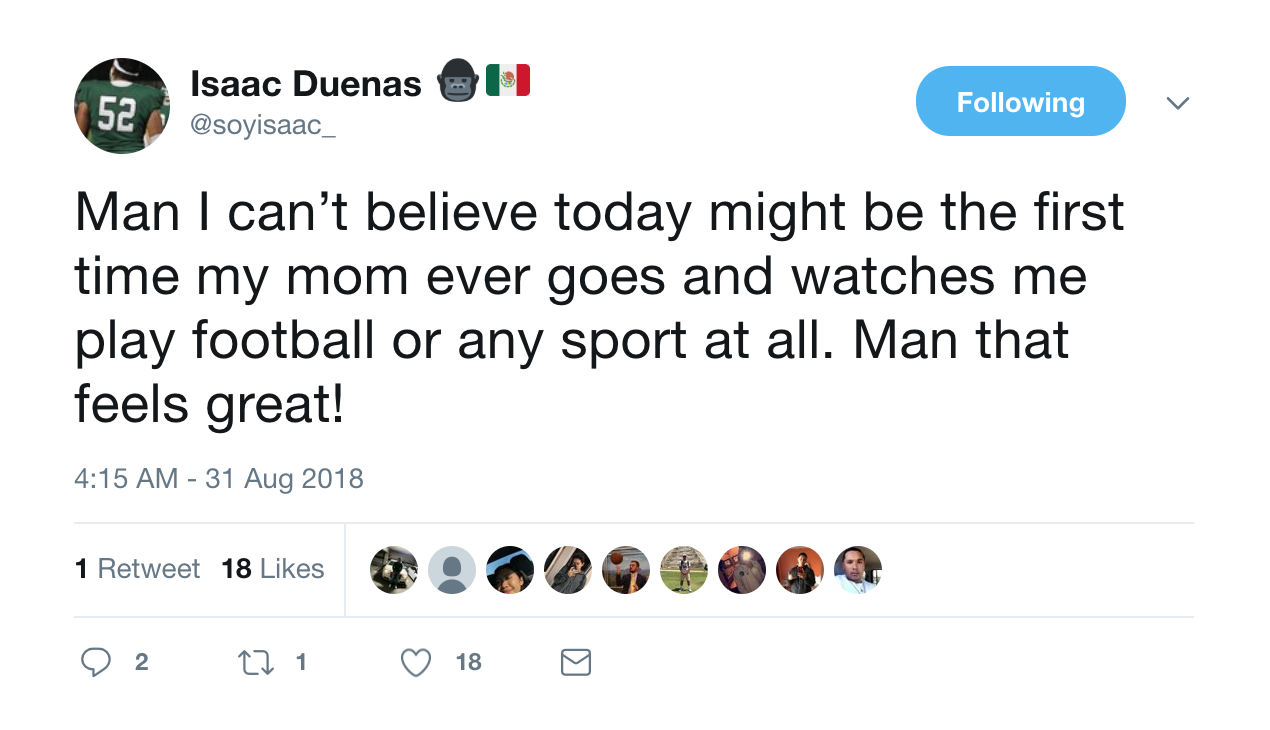 When asked by a reporter about the background behind the emotional video, Duenas shared the following tweets: 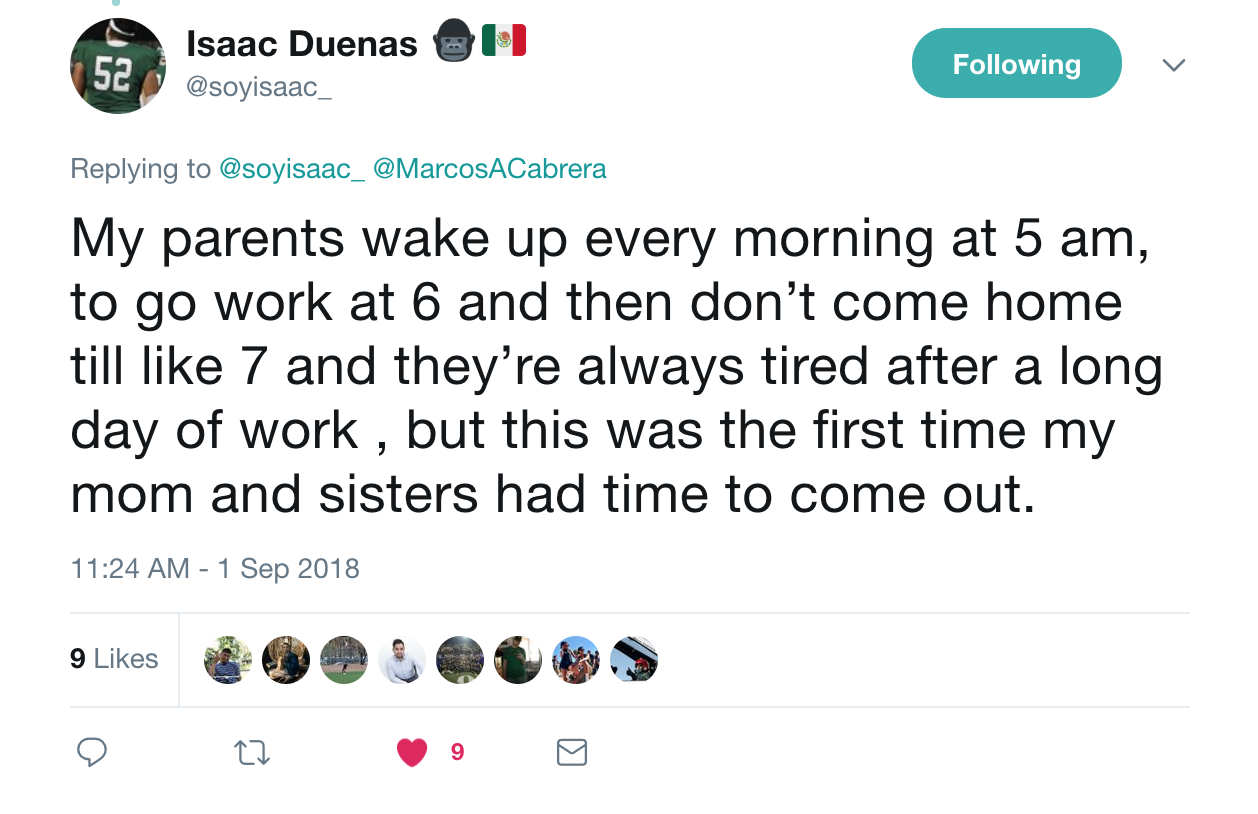 Duenas further explained the emotions of the moment. 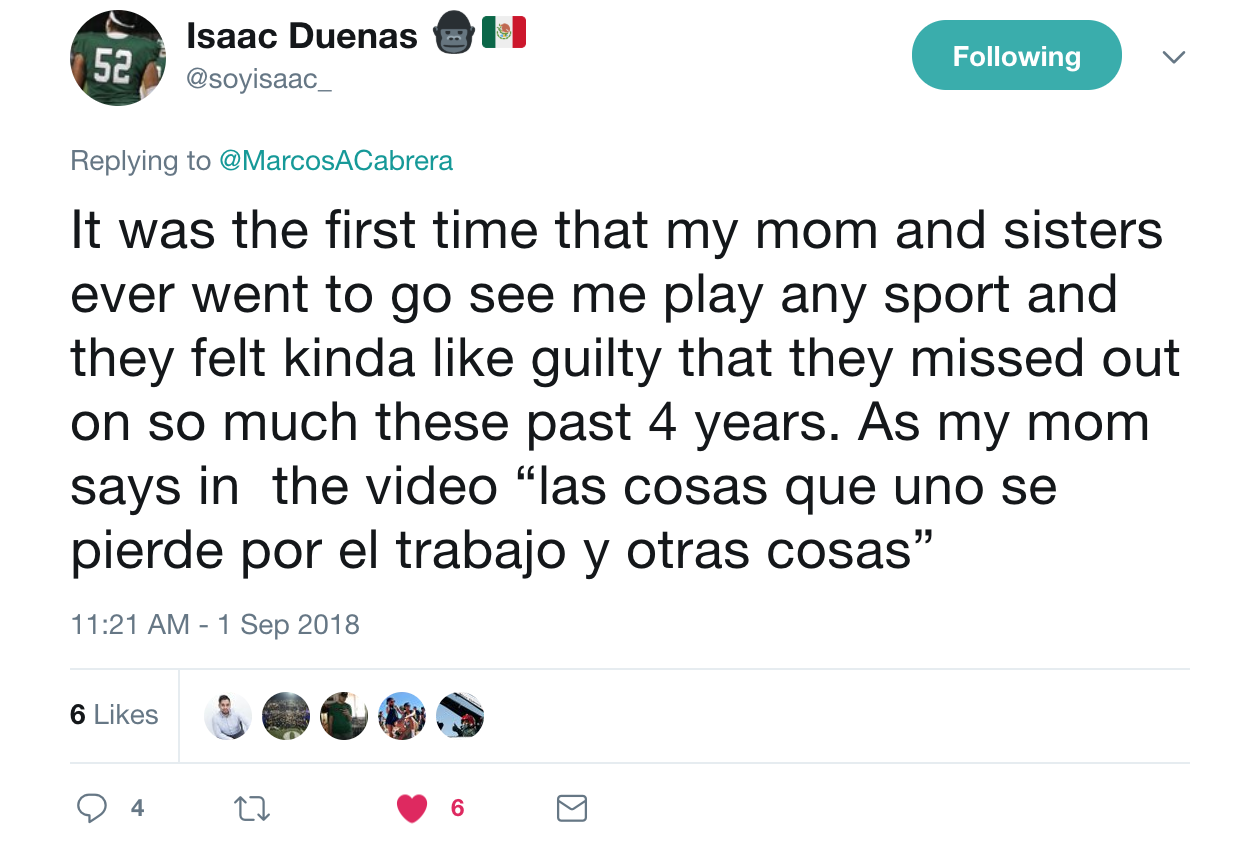 Translated loosely, the last line reads “The things you lose for work and other things.”

Nothing was lost on the field or in the comforting arms of the Duenas family on Friday night. When he was praised for the honor he brings to his hard working family, Duenas humbly tweeted, “I try my best to make them proud.”

Editor’s note: With so many retweets and reposts of the video, it was difficult to ascertain who the author was. But the videographer came forward: Duenas’ sister Montserrat Rodriguez.

“Isaac is my brother and I recorded the video because it was a very emotional and special moment for us,” she said in an electronic message.