Youth is a time to explore, experiment, make mistakes and learn from them, hopefully incurring minimal damage along the way.

Repairing the harm is a cornerstone of the objectives of Restorative Justice Partners Inc., a nonprofit

organization based locally in Marina with seven staffers and about 50 volunteers whose stated mission is to bring victims and offenders together to repair the harm that was caused by a crime or an offense. The organization was first introduced to Monterey County in 1987.

The primary method is mediation — bringing the victim and the offender together with a trained mediator to discuss what happened, why it was harmful, and what might be an appropriate way to make amends. During its first three decades, the organization has dealt exclusively with youth offenders, but recently received approval to expand into the Monterey County Jail during the next fiscal year.

For the offender, the RJP process can be an alternative to standing before a judge in a court room, and whatever consequences might follow. For the victim, RJP can provide a way to heal from the trauma of being violated. It’s often about apologies, forgiveness, and some form of resolution. Incidents handled by RJP are wide-ranging — anything from an actual criminal offense to playground bullying.

“We view the people we’re working with as the experts in their own problems and solutions,” said executive director Jennie Burciaga, a former teacher and therapeutic counselor in continuation schools and juvenile halls. “Being a teacher and counselor, you’re expected to know ‘the right thing to do.’ In restorative justice, we’re given tools and practices that enable us to ask, ‘What’s the right thing to do for yourself, and how can we support you in that?'” 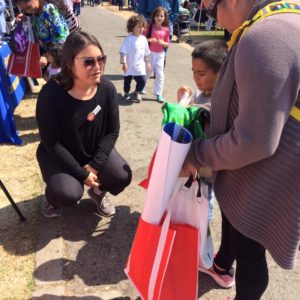 The success rate of RJP’s Victim Offender Reconciliation Program (VORP) has been exceptional, said Veronica Miramontes, coordinator of that program.

“The recidivism rate for our VORP is currently at 11.5 percent, meaning over 88 percent of the juvenile offenders do not re-offend one year post services,” she said. “These results are consistent with data collected over the past decade.”

When it doesn’t work, it’s usually because either the victim or the offender opted not to participate. When it does, it’s an exhilarating feeling, RJP staffers say. Victims usually feel closure. Offenders often feel relief and morally cleansed. Mediators, almost all of whom are volunteers, are reminded of why they signed up.

A memorable mediation for Miramontes resulted from in incident in which two young boys asked to borrow a woman’s cell phone to call for a ride. The woman, from Mexico, spoke no English and was reluctant, but good-heartedly handed her phone to the boys, who immediately ran away.

"That phone was the woman's only means of communicating with her children in Mexico."

“That phone was the woman’s only means of communicating with her children in Mexico, so even though she 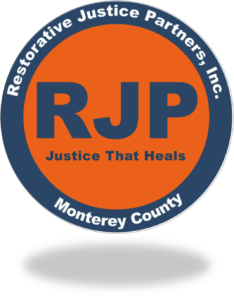 was afraid, she ran after them,” Miramontes said. “Turns out, she is an avid runner. She caught one of the boys very quickly and flagged down a police car that happened to be passing by.”

VORP clients are referred to RJP by the county probation department, and are given the option of participating in mediation, or going through the court system. Some take their chances in front of a judge. Most are grateful for an alternative.

Miramontes was present when the victim, the offender, and a trained mediator talked it out at a Jack-in-the-Box restaurant.

“They discussed what happened, and got to see the other side of the person. It really humanized it,” she said. “He felt very bad about what he had done, apologized, and wanted to make things right. For resolution, we asked both parties what could be done.”

“Well, I’d like it if he went running with me,” the victim said.

“Yeah, I can do that,” the boy answered.

Maybe best of all, the offender has a second chance to move forward with his life, without the baggage that could accumulate from a journey through the criminal justice system.

Some of the cases handled by RJP clearly aren’t really a matter for cops and courts.

“My job is to go into schools and talk to administrators and staff about their climate and culture — what’s working and what isn’t,” said Arleen De La Pena, RJP’s lead manager of Restorative Justice in the Schools. “We try to create an opportunity for input from the victim, the offender, and the community — teachers, parents, and the school, depending on what the conflict is.”

The schools program (kindergarten though 12th grade), she says, provides support and education to those affected by conflict, and encourages accountability and empathy.

“In the restorative justice process, the person who has done harm takes responsibility for their actions, and the person who has been harmed can take a central role in the process,” she said. “RJ in the Schools provides students, school staff, and parents with supplemental processes to build community, confront challenges, and handle conflict in a way that focuses on accountability and maintaining relationships.”

Another objective is to encourage schools to shift away from a zero-tolerance policy that might result in the suspension or expulsion of a student.

Restorative Justice in the Schools often encourages students to gather in circles with “peer mediators” (kids their own age who have been trained in mediation techniques by RJP) and share their thoughts about conflict and resolution.

One memorable case, said De La Pena, involved elementary school boys who bullied a classmate about his weight until the victim turned into the aggressor.

“A yard monitor called peer mediators over to resolve the conflict on the playground, then they all held a follow-up meeting the next week,” she said. “All of the boys are now friends, and the boys who were doing the bullying have become protectors of the boy they were bullying.”

De La Pena says she relates to her job on a personal level. She was an English-as-a-second-language student who became disruptive as a means of getting out of class, or getting sent home from school.

But she graduated from North Monterey County High School, Monterey Peninsula College, and CSU Monterey Bay, and was immediately attracted to the opportunity to work with youth.

“When I heard about RJP, it seemed like something I wished I had had when I was younger — people listening, and somebody actually doing a check on why I was being rebellious,” she said. “I’m basically giving students a voice to explain why they’re acting the way they are. I feel like students sometimes don’t have that voice, and RJP allows that.”

Burciaga says RJP is always in need of volunteers (18 or older), and welcomes financial donations. More information about the organization can be found online at restorativejustice.org.

Dennis Taylor is a freelance writer in Monterey County. Contact him at scribelaureate@gmail.com.

LEARN HOW YOU CAN SPONSOR YOUR FAVORITE CHARITY WITH PARTNER VOICES