The people supporting the ballot measure — the large and growing number of solid citizens supporting the ballot measure — aren’t trying to control growth or stop the desalination project, even though there are legitimate reasons to do both. All they want is to eliminate a profit-driven private company, part of an international conglomerate consumed by maintaining its profit margin, and to replace it with a locally controlled, publicly owned and publicly managed entity.

A recent letter to the editor of the Monterey Herald from Chamber of Commerce executive Jody Hansen claimed without support that the ballot measure folks are mainly trying to delay the desalination project, something Cal Am has been accomplishing all on its own for years now. The company bean counters understand too well that California’s system of protecting utility monopolies richly rewards utilities for delaying things as long as they keep the spending up as things drag on. Cal Am isn’t in the business of solving anyone’s water crisis. It’s in the business of keeping its shareholders happy. 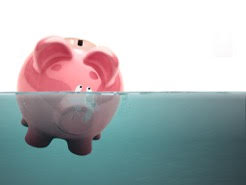 Hansen makes the argument that Public Water Now, the backbone of the ballot measure, blew the whistle on a serious conflict of interest involving one of the project engineers in order to delay the project. Horse feathers. By her reasoning, it’s better to move right along and ignore possible engineering flaws. It can be reasonably argued that ignoring the conflict eventually would have added years to the timeline and tens of millions to the price. Public Water Now deserves to be rewarded for its diligence, not scolded by an organization more focused on the bottom line than the public good.

Hansen argues that Cal Am’s tests later showed that the conflict of interests didn’t cause any problems. She apparently takes Cal Am’s word for that, a tack that proved unreliable on countless prior occasions. The full jury is still out.

The folks supporting the ballot measure aren’t a bunch of crazy hippies who live in buses and smoke granola.


Cal Am will spend a fortune on advertising in the coming months in an effort to maintain its cash cow by convincing you that the other side is stupid. The ads will argue that the ballot measure backers don’t realize how expensive a takeover would be, don’t understand that private enterprise tends to be more efficient than government, don’t realize that government bodies can be just as corrupt as private enterprise. Don’t fall for it.

The folks supporting the ballot measure aren’t a bunch of crazy hippies who live in buses and smoke granola. They are your neighbors. Working folks. Retired folks. Smart and well-educated people who know how to read a balance sheet, run a business and make decisions for reasons beyond their own self interests. Sure, there are some of the usual suspects involved in the campaign. But Cal Am’s out-of-control pricing and cavalier approach to customers relations have driven a sober and capable crowd to the other side. Most everyone involved understands that this is serious business.

Cal Am and pals will tell you that the Monterey Peninsula Water Management District board that would run the public utility doesn’t have a great record. There is truth to that. Like other public agencies, it has been run over the years by a mix of people, some good, some card-carrying doofuses. What they won’t tell you is that it is an elected board, and the people behind the takeover effort should be able to shape the board in the public interest within an election cycle or two. And if that doesn’t work, the rascals can be voted out. Try to vote out the Cal Am CEO.

Could a public takeover kill the desalination project? Perhaps, if it hasn’t collapsed of its own weight before then, as it has before. But that’s not the purpose. Backers of the ballot measure genuinely want to make sure the Peninsula has enough water to thrive. They just want to make sure they can afford food and rent as well. If desalination really is the right path, they’ll see that.

Is this an endorsement of the takeover? Heck no. There won’t be any thorough and exacting financial assessment of the takeover plan until and unless voters approve the measure in November. Public Water Now’s George Riley says it pencils out well and his track record on such things is better than Cal Am’s track record on anything except its profitability. The ballot measure certainly seems to be a good idea but the proof will be in the numbers.

Backers of the ballot measure genuinely want to make sure the Peninsula has enough water to thrive.

Cal Am and its cohorts will try to fool voters by arguing that the voters have already said no. Times have changed since the last ballot measure on the topic. Cal Am’s prices have never been so over the top, and the company’s underhanded campaign tactics have become easier and easier to recognize.

When you see those ads, telling you that a water solution is just over the horizon, remember that Cal Am is simply trying to protect its profits and stopping a process that would enable the public to get a close look at the books in order to make a fully informed decision that will have a major impact on local water bills for decades and decades to come.

(By the way, Cal Am recently announced that water rates will soon decline because of the Trump corporate tax rates, but, then again, yet another rate increase already in the works would wipe out that savings. Sorry.)

Have something to say about this story? Send us a letter or add a comment below.

9 thoughts on “The Partisan: Truth goes down the drain when the Cal Am spin cycle begins”