I’ve been driving a lot lately. Doctor appointments in San Jose, mostly, and to pass the time I’ve been listening to the radio, talk radio, really bad talk radio. Namely KMJ, a regional giant of talk radio with a simple formula. Because the station is based in Fresno, it panders to people who voted for Trump, to people who really do think that Barack Obama is a Muslim and people who think Hillary Clinton is Satan but who would be hard pressed to tell you what office she held last.

KMJ’s fans, and there are many, include a remarkable number of low-information voters and they get a lot of their low information from talk show host Ray Appleton, who has been ranting about liberals for a few decades now. The thrust of his criticism is simply that liberals don’t think like conservatives, and his analysis doesn’t go much deeper than that.

How low is his info? On Monday, he declared that Trump is contributing all the profits from his various businesses to the U.S. Treasury. Which, of course, isn’t true. Trump does send the treasury each year some unknown amount of money that his hotel properties derive from foreign governments, but that’s only because he has to. To hear Appleton, Trump is all about public service and sacrifice and “The Media” are hiding that from you.

I’ve never heard Appleton come right out and say the media are trying to destroy the nation but I’ve heard him say “uh huh” plenty of times when his listeners call in to make that argument. 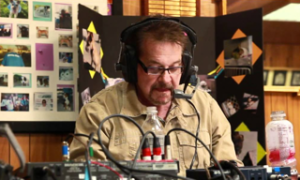 I’m telling you this because you’re likely from here in the blue part of California and you may not know what goes on over there in Chowchilla and Lodi and Tulare and Clovis. You’re likely part of the coastal elite, the smug ones who take comfort knowing that the numbers are with us and not them, that cows can’t vote. But you ought to know just how different things are over there compared to over here.

There’s a gubernatorial election coming up and to hear Ray and his red wave talk about it, you’d think heavily favored Gavin Newsom is in favor of homelessness and wants to mandate same-sex marriages. Not allow them. Require them.

I exaggerate, but not by a lot. The people who call into Appleton’s shows are not a representative sample but it scares me to know there are that many people so stirred up and ready to believe that the people of the blue counties wish them actual harm.

Weeks ago, when a Fresno State professor called Barbara Bush a racist, the topic dominated the Appleton show for days. I listened to much of it and never heard a soul recognize any upside to professorial tenure.

I used to live and work in Fresno and I even went on Appleton’s show a couple of times to talk politics. I’m sure I was splendid and carried the day but I don’t recall any of the details. A couple of years ago while driving through the San Joaquin Valley, I called into the show to make a point. Once I was off the air, Ray called me a punk. Classy guy.

So here’s what this is: I’m trying to scare you at least a little. Remember when Trump was elected and everybody from San Diego to Seattle got together to make signs and pledge to work their butts off to take the government back from the Republicans? To get rid of congressmen like Jeff Denham, who, last time I checked, still represents part of Monterey County and is the favorite in the November election?

I may be reading too much into what I heard on the stupid radio show, but I’m afraid that the peace and love crowd has gone back to sleep and that it is the mouth-breathers who are motivated to get out the vote in the fall.

See for yourselves. KMJ has a strong signal and you can get it most days on your AM radio, 580. If you’re listening to the Giants on 680, check it out between innings. You won’t be glad you did, but it may get you off your butt.

I’m glad the primary election is behind us. The sheriff’s race between Scott Davis and Steve Bernal was a lose-lose proposition. And though Bernal was an easy winner over Davis, a couple of questions remain, subjects raised by the Davis camp but too late and too weakly to gather any real attention.

One involves Bernal’s use of airplanes to fly around the county and beyond. There is a large group of private pilots who donate their time and fuel to provide rides to Bernal and his deputies, usually for legitimate law enforcement business but sometimes just for meetings and the like. The Sheriff’s Department policy on these flights is fuzzy at best and needs to be rewritten by a higher power such as the county administrator or the Board of Supervisors. 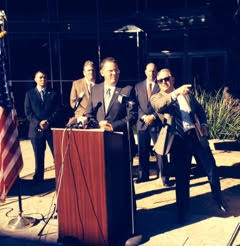 Then there is David Armanasco. He is Mr. Peninsula Public Relations, owner and operator of a company that does some advertising work but that specializes in making introductions, putting deals together, putting people together, smoothing things over. For instance, when developer Nader Agha was suing then-Supervisor Dave Potter over a campaign contribution that actually was something else, Armanaso negotiated the settlement and managed to keep the details private.

Anyway, from the start of Bernal’s tenure as sheriff, Armanasco has served as a volunteer adviser to Bernal. For the advice given during campaign season, that should qualify as a campaign contribution with details to be reported on campaign disclosure forms. That hasn’t been happening, but it should.  Better yet, Bernal should cut his ties to Armanasco, who represents a large share of moneyed interests on the Peninsula.

Until four years ago, Bernal was a lowly deputy stationed in southern Monterey County. I’m betting that when Armanasco is giving him advice, Bernal barely has a clue about whose interests are being served.

For those of you who have been following the saga of Glen Mozingo, the Carmel city attorney with the exceptionally creative résumé, do not worry. The tale is still unfolding, despite the City Council’s declaration last week that it had cleared him of fiction writing.

The council, as you may recall, said it determined that Voices of Monterey Bay was wrong about the fishy entries on the Mozingo job application and that Mozingo was 100 percent right.

Even though the one example cited to show he was right turned out to be wrong.

Even though the council reached its conclusion by looking at some paperwork Mozingo displayed but, no surprise here, without letting the members keep any copies. So the search for the truth continues, with Public Record Act requests and even lawyers involved. Stay tuned.

By the way, the latest effort to confirm elements of the résumé resulted in another non-confirmation this week when the U.S. Court of International Trade said that, well, no, he is not admitted to practice there no matter what he or the Carmel council says. Used to be, but his association lapsed a decade ago for failure to pay the $81 membership fee.

Have something to say about this story? Send us a letter or add a comment below.

3 thoughts on “The Partisan: Don’t ignore the angry roar from the San Joaquin And lingering issues from the sheriff’s contest”