If you’re confused about the race for Monterey County sheriff — the charges and countercharges, all those men in uniform accusing their co-workers of being lying scoundrels, those allegations of forgery and other skullduggery — you’re far from alone. When a campaign gets like this, you can’t expect much help from the traditional media because about all you’ll get there are “Campaign gets ugly” headlines and “Charges Fly” sound bites. 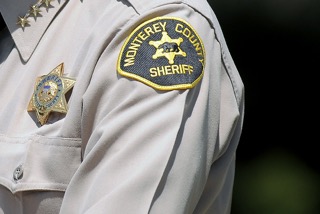 If you’re any kind of student of local politics, you should have seen it coming.  It’s the worst kind of campaign with the candidates focused on making each other look bad. From the looks of things, they’ve got that part down.

For starters, it’s a race between two unqualified candidates, Sheriff Steve Bernal and Scott Davis, an entry-level deputy, the same standing Bernal held when he improbably won his seat four years ago. This means onlookers won’t have to spend much time comparing qualifications or accomplishments.

It also features campaign advisers willing to win at any cost.

One of Bernal’s campaign advisers is Brandon Gesicki, a longtime GOP dirty trickster who played a big role in Bernal’s 2014 victory over former Sheriff Scott Miller. To refresh your memory, it was Gesicki who got a powerful community group to hold off on endorsing Miller by convincing the membership that Miller was about to be charged with a crime. It was all made up but it worked. It was not his only sneaky stunt.

Meanwhile, one of Davis’s campaign consultants is Christian Schneider, a Democratic dirty trickster who actually helped get Bernal’s campaign off to a slippery start four years ago. Working for a candidate in one election and working against him in the next is legal, sure, but it’s also kind of creepy. Schneider says he left the Bernal campaign largely because he couldn’t handle working alongside Gesicki.

As a longtime Democrat with a long history of representing Democratic candidates, how does Schneider explain his initial decision to work with the decidedly Republican Bernal four years ago? Here’s how: He said that as a card-carrying progressive, he was bothered by the achievement gap between Latino and Anglo youth in the Salinas Valley and felt Miller, Bernal’s opponent, was to blame for not doing more to address gang violence. Never mind that gangs for the most part are a problem for city police departments, not the county Sheriff’s Department. 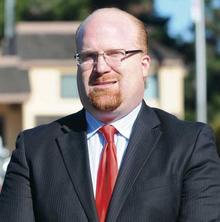 As for this year’s campaign, I’ll try to bring you up to date, and I’ll keep it as short as I can. Fortunately, I won’t have to waste your time on things like patrol response times or budgetary priorities because this race is about anything but actual law enforcement and public policy.

The big news of this affair so far came last month when Bernal supporters accused Davis of diverting money to Schneider from the Deputy Sheriff’s Association while he was a top union official, money that wasn’t intended to pay for campaign work. The Bernal guys showed some checks from the DSA to Schneider’s company. Schneider explained that the money, some $31,000, was for consulting work that had nothing to do with the campaign, but he has yet to provide any sort of documentation.

And as if that didn’t create enough intrigue, Davis went on camera last week and declared that someone apparently had forged his name to at least one of the checks.

Schneider’s company received several checks from the DSA, all of which appeared to have been signed by signed by someone and initialed by DSA official Dan Mitchell, who, by the way, suffered a stroke last month and hasn’t been available to comment.

In response to the embezzlement allegations, the Davis camp quickly sued Bernal and the county, alleging mainly that it was an abuse of their authority for Sheriff’s Department employees to make such allegations since they are, after all, law enforcement officials. The Davis folks followed up with another lawsuit the same week alleging that Bernal sympathizers within the union had illegally made public confidential information about a group of deputies and a supervisor found to have been drinking on the job.

Schneider, meanwhile, sent out an email Monday alleging that someone in the Bernal camp had used a fake name to create a Facebook account apparently intended for political uses. Not exactly a shocker. And, he said, his side is going to go public later this week with allegations of all sorts of campaign violations by Bernal.

You’re almost caught up. There are a few other tidbits you might care about, however.

When the opposition first raised the embezzlement allegation, Davis accused the Bernal side of acting like Donald Trump and told reporters they should be looking into other things such as Bernal’s use of the department’s surveillance plane for personal travel. A campaign functionary later elaborated, saying Bernal had used the plane to travel to Anaheim for the state GOP convention last October.

But here’s another however. Bernal spokesman David Armanasco complicated things by telling the Salinas Californian last month that Bernal “flies to conferences in planes owned and flown by volunteers” at no cost to the county.

Oh, I almost forgot. According to his campaign disclosure reports, Bernal, the proud Republican in the race, is spending money on mailers that will make it appear that he is a proud Democrat. And Davis, who puts Democrat in big letters on his signs, has hired as his campaign treasurer a Long Beach fellow who specializes in hit pieces and slate mailers that make Democrats out to be Republicans.

WHO CAN YOU TRUST IF YOU CAN’T TRUST YOUR WATER SUPPLIER?

Speaking of playing games, let’s talk about Cal Am for a sec. I’ve been enjoying the company’s Facebook ads in opposition to the ballot measure calling for the utility to be publicly owned. It amounts to a rotating set of blurbs, none based in fact, but my favorite is the one that starts “Cal Am is working to keep water affordable in Monterey for everyone by developing a drought-proof water supply through desalination and other important steps.”

The sponsor of the ballot measure contends, with strong support, that Cal Am’s Peninsula customers pay the highest water rates in the country. Cal Am says otherwise but calling its rates affordable is like calling Sarah Sanders charming. It ain’t so.

And then there was this pro-Cal Am letter to the editor in the Monterey Herald on Sunday, seriously misleading on two counts. It referred to what would happen if the ballot measure succeeds and Cal Am is placed in the hands of the Monterey Peninsula Water Management District.

The letter says, “The general manager of the Monterey Peninsula Water Management District was recently quoted saying his agency’s ‘seven directors are not willing to take on millions of dollars of potential liability without direction from the voters.’”

The general manager, Dave Stoldt, did in fact say that but the letter writer left out something important, the beginning of the sentence.

Here’s the whole thing, with the missing part highlighted:

“We are very happy to do the will of the voters but seven directors are not willing to take on millions of dollars of liability without that direction from the voters.” The extra words kind of change the whole thing, don’t you think?

The letter was signed by a Doreen Renegar of Monterey, who may be a real person but one who has left little evidence of her existence. The only sign I could find was another letter to the editor of the Carmel Pine Cone, last November, also touting Cal Am and attacking the takeover.

I sent a message to the opinion page editor asking if he had any confirmation of Renegar’s  existence. I haven’t heard back.

By the way, renegar is Spanish for “to renounce, to renege.” For what that’s worth.