A few years back, the National Association of Sheriffs completed a study on whether county sheriffs should be elected, as the vast majority are, or appointed by governing bodies such as county boards of supervisors. The conclusion was that elections are better. The rationale, however, was remarkably weak.

The executive summary for the study gave four overlapping reasons for the conclusion.

Second, that voters prefer the electoral process over the appointive process.

Third, that “the election of the sheriff is consistent with national traditions and practices.”

Fourth, elected sheriffs provide “stability and continuity of office,” and no one has demonstrated that appointed law enforcement officials do a better job.

That’s it, and if that’s all there is, a better case can be made that it’s time for Monterey County to ditch all those “national traditions and practices” and stop electing sheriffs. My Exhibit A is the current race for sheriff, a contest between two men who simply aren’t qualified for the job.

Sheriff Steve Bernal has held the office for nearly four years, which means he now has just four years of management and budgetary experience, four years experience hiring and firing people. That’s it. Until his upset victory over former Sheriff Scott Miller, a former police chief, Bernal was a deputy who had received virtually no training beyond what is required for routine patrol work. He hadn’t even applied for or served on any of the department’s special units such as SWAT.

Bernal had never been promoted but voters helped him jump over sheriff’s sergeants, commanders, lieutenants, captains and assistant sheriffs. It wasn’t a lot different than, say, a factory worker being picked as a company’s CEO without having been a foreman, a manager, a division chief or a vice president.

If Bernal had been a particularly accomplished deputy, a brilliant sleuth who had demonstrated tremendous initiative and competence, perhaps a case could have been made that he could be made ready for the job in a decade or so. But it wasn’t job performance that got him elected. His upset victory was fueled by his access to family money, his willingness to go low with accusatory campaign mailers that made Miller out to be a soft-on-crime ogre, and Miller’s delayed realization that such a junior staffer presented a threat worth taking seriously.

Bernal’s victory could almost be described as a fluke. It was a perfect storm of circumstances that really had little to do with crime or protecting the public.

So how has he done? Opinions vary, but not all that sharply. There have been no big scandals, though his opponent hopes to create some before election day in June. Bernal offended a large share of the population by agreeing to work closely with federal immigration officials, even though most law enforcement officials who have considered the issue seriously recognize that cooperation with the feds creates far more problems than it solves. Immigrant populations avoid cooperation with law enforcement when they fear it will lead to deportation. All in all, though, the conventional wisdom seems to be that Bernal has done better than expected as measured by negative media attention. It also hasn’t hurt him that a depleted press corps isn’t scrutinizing the department the way it once did.

At the start of his term four years ago, Bernal seemed to take a smart path by filling key management positions with highly regarded people from outside the department. To a degree, that backfired. Some of those hires only wanted the relatively high-paying jobs so they could work a short time and retire with dramatically improved pensions. And appointing an outsider to a senior position shut the door on several promotions from within — a sergeant moves up to lieutenant because the lieutenant has become a captain, etc., etc. 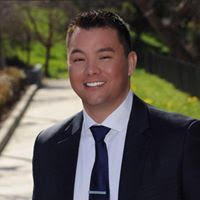 That lack of upward mobility under Bernal explains part of the fairly strong support his opponent, Deputy Scott Davis, in receiving from rank and file and their union, the Deputy Sheriffs Association. Several deputies have made four-figure contributions to the Davis campaign and the DSA is throwing everything it can into the Davis campaign. The Bernal camp complains that the association has even found ways to secretly funnel operating money to help pay Davis’s campaign manager, an allegation that the association and the campaign manager deny.

That accusation also led the Davis camp, led by DSA President Dan Mitchell and DSA Treasurer Ted Avery, both deputies, to file suit against Bernal and the county. The suit was filed on April 20; VOMB was unable to obtain a copy after hours on Tuesday. (Editor’s note: Since this column was reported, the full lawsuit was posted to the DSA website and can be seen here. See Voices of Monterey Bay’s story about the lawsuit here.)

For his part, Davis appears to be slightly more qualified than Bernal was four years ago, but not by a lot. His supporters are quick to mention that he is a member of the Salinas City Council and that he has completed course work for a master’s degree in business. The council position demonstrates political ability but is not a substitute for management experience. In his campaign materials, Davis counters that he is involved in operating three businesses, which public records identify as hookah lounges in the San Jose area.

Davis’s resume’ indicates he has been a field training officer for the Sheriff’s Department and has received a fair number of performance awards.  He also has been president of the deputies’ union, the Deputy Sheriff’s Association, But, again, there is little on paper to suggest he is equipped to oversee a complex organization with a $100 million budget.

Also supporting my thesis is the degree to which the candidates, particularly Davis, have injected partisanship into the process, which technically is considered non-partisan. Davis’s campaign signs and other materials declare him as a Democrat and he has aligned himself closely with the local Democratic Party structure. He seeks to paint himself as the progressive candidate, the one willing to keep immigration officials out of the jail. His campaign manager, Christian Schneider, proudly notes that Davis would be the first openly gay sheriff in California and the first Asian-American. His mother is Japanese.

For his part, Bernal is a Republican who gives regular talks to GOP political groups but he does not stress the designation the way Davis does.  Maybe that’s because the GOP is a shrinking club here and most everywhere else. Bernal’s campaign manager, Brandon Gesicki, is a hardcore Republican while Davis’s guy is an unabashed Democrat despite having helped run the Bernal campaign four years ago.

Monterey County leans heavily Democratic but it isn’t clear to what extent voters in a sheriff’s race might care about party affiliation. Former Sheriff Miller was registered Republican but he was decidedly more progressive than his unproven challenger. That didn’t help him on election day and it’s probably because the Bernal campaign managed to make him seem soft on crime. Most voters pay close attention to party affiliation in most elections but I don’t think that will prove to be much of a factor in this one. I suspect that Davis’s decision to stress the D behind his name will cause some voters to support my call for an appointed sheriff.

Changing the methodology would be a tremendously daunting task. Voters feel that they are already removed from the equation and they would be reluctant to put themselves even farther away. Some counties that threw elections out in favor of appointments ended up reversing course, partly because of political pressure from party types and partly because of disappointing results.

Still, increased partisanship and decreased qualifications add up to trouble. There is great risk that in the not too distant future, law enforcement skills and competence will become minor factors in elections that bestow remarkable powers on imperfect people. Turning the decision-making over to elected county supervisors might not be the perfect solution but I think it’s way better than giving more powers to party hacks.