Most of what you will see and read about the upcoming mayoral race in Seaside will likely focus on how candidate Kayla Jones is young — 24 at the moment. So young, in fact, that she would become California’s youngest mayor. Nothing wrong with young, but this race is about a lot more than that. 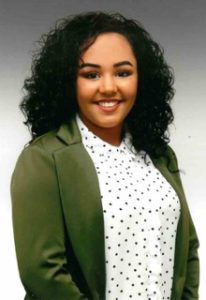 Jones, currently a councilmember, favors development in and around Seaside, but mainly the kind of development that creates jobs and affordable housing. Her likely opponent, Councilmember Ian Oglesby, has shown through his votes that he supports just about any kind of development as long as it is profitable. If Mayor Ralph Rubio is for it, he’s for it.

The opposition, driven by commercial interests, will make a big deal out of Jones’ youth and will brand her as inexperienced. Never mind that Seaside voters have always gone with experience and most of the city’s troubles remain.

If Jones wins, Seaside governance will have a new face and a new attitude. Rubio is a fine fellow, but his career as an official of the Carpenters Union has essentially required him to support any project that might involve lumber and nails. For years, he fought hard to carry off the ill-conceived, underfinanced, overly hyped Monterey Downs project, and Oglesby followed his lead.

At Jones’ announcement event,  Councilmember Jason Campbell said that if she wins, “We’re not going to be wasting our time on development no one wants.”

This isn’t an endorsement of Jones. An even better candidate might come along.

More from Carmel: Last week, Voices reported on Carmel’s city attorney, Glen Mozingo, and how some of the things on his resume don’t entirely gibe with reality. If you’re wondering how the Carmel City Council feels about it, keep wondering.

The council met late Tuesday and didn’t mention the issue, perhaps hoping it will simply go away. Mozingo wasn’t there. He is said to be in London, which could be good timing. In his paperwork applying for the city attorney post, he said he is a member of the British bar but the folks who administer the bar say they can’t find anything to back that up. Maybe he can help.

There were other problems with his paperwork. For instance, Mozingo wrote that he had never been sued for malpractice though he has twice been sued for alleged professional negligence, which is pretty much the same thing. And then there’s the matter of those awards that aren’t as big of a deal as he makes them out.

By the way, like the council, Mozingo isn’t commenting on it all.

YIMBYism: The Santa Cruz Sentinel tells us about YIMBYs, a new political force in town, standing for Yes In My Backyard.

In Santa Cruz and other progressive places, it is becoming acceptable, cool even, to support development when it is well-situated and would result in affordable housing.

LandWatch Monterey County, the devil in the eyes of most developers hereabouts, actually has pushed that type of development for years now, infill projects with inland-style price tags and affordable element, but the concept has never been warmly embraced by opinion-makers on the left. It is time.

As things stand, the divide between white progressives and minority activists is sharpest when it comes to development. “Save the trees” when translated can sound a lot  like “There’s no room for you here.”

That Darn Utility: Public Water Now is expected to announce next week that it has gathered plenty of petitions to force a vote on the next step toward a public takeover of Cal Am Water, which, its supporters tell us, is already committed to customer service and is well-regulated by the California Public Utilities Commission.

But if the PUC is looking out for the utility ratepayer, how does it explain the story in the San Francisco Business Times the other day about compensation for the top brass at PG&E, also regulated, sort of, by the PUC. After the power company destroyed a San Bruno neighborhood and while it was doing little to prevent the staggering Wine Country fires of last October, PG&E raised the compensation of CEO Geisha Williams from $4.16 million annually to $8.56 million and the compensation of PG&E President Nickolas Stavropoulos from $3.93 million to $6.42 million.

Assuming the CEO works 80 hours a week, like many CEOs, Williams is making around $2,000 an hour. At the rate things are going, that could be the average monthly Cal Am bill in the not too distant future. OK, I’m exaggerating, but you get the idea.

Speaking of … It looks like Cal Am and its dwindling circle of supporters have cooked up a Facebook page to spread half-truths and untruths about the water takeover effort. It’s called Monterey Water Works and it says things such as: “Public buyout of Monterey’s water system would mean taxpayers would bear the burden of financing improvement projects — costs in the tens of millions of dollars.”

Actually, that is true, but that doesn’t make it accurate. Who now bears “the burden of financing improvement projects?” Cal Am ratepayers, who are also taxpayers. Cost is the same no matter what it is called.

The Facebook page also talks about a study by economist David Sosa, which reached contradictory conclusions about wisdom of public takeovers of water utilities. Cal Am cherry picks his conclusions and then calls his work an “independent study,” never mind that it was bought and paid for by the California Water Association. That group is formally and unequivocally committed to fighting public takeover efforts and Cal Am is one of its most active dues-paying members.

Check it out, but don’t believe a word of it.

5 thoughts on “The Partisan: Seaside Race Transcends Youth It's all about development interests and the status quo”