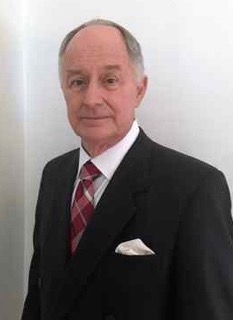 The city of Carmel’s press conference regarding the investigation of Mayor Steve Dallas was a grand piece of political theater or, better yet, a magic show featuring the illusions of Mozingo the Magnificent.

Last Wednesday’s event was billed as an opportunity for city officials to report on the long and expensive investigation into allegations of sexual harassment on the part of the mayor and a press conference at which the media and public would be able, under strict time limits, to ask questions about the whole depressing affair.

Those things did occur, but City Attorney Glen Mozingo twice managed to divert everyone’s attention away from his sketchy account of the investigative findings and the resulting reprimand of Dallas. Instead, he got the ticket-buying public to focus on a couple of intriguing little mysteries, one of which may have something to do with the Dallas investigation and another that apparently is fully unrelated.

Mozingo looked the part. No top hat but he was impeccably dressed in a black suit and an exceedingly starchy white shirt. He has a patrician presence, with the almost-British accent to go with it. I am told he trades in rare books. His old law firm in Newport Beach also listed offices in New York and London. He is the sort of fellow who uses Esquire after his name even when it is superfluous. As in City Attorney Glen R. Mozingo, Esq.

There were no capes or wands, but Mozingo created the illusion that the restroom incident had occurred recently and was related to the sexual harassment investigation.

Mozingo provided little detail about either bauble of misdirection. He didn’t say when or where either possible crime occurred and said basically nothing more about the extortion thing except that it is under investigation. It wasn’t clear, but it seems as though Mozingo himself is investigating the alleged attempt to extort him and that he intends to send the case to the District Attorney’s Office if he decides prosecution is warranted. (That isn’t the way things usually work, but magic is in a different dimension.)

About the assault, Mozingo said a couple of Carmel residents had flagged the city to a conspiracy in which several people hired some fellow for $100 in an attempt to make Dallas look bad. Mozingo said the man grabbed the mayor from behind in a restroom with the intent of starting a brawl that was to be filmed. The plot was broken up by a retired police officer, but criminal charges could be on the horizon, Mozingo told the captivated crowd.

There were no capes or wands, but Mozingo created the illusion that the restroom incident had occurred recently and was related to the sexual harassment investigation. Later, I was able to ask if there was a connection and he acknowledged there was not. I had spoiled his trick, but the performance went on.

The Carmel Pine Cone shed some additional light on the matter on Friday by reporting that the restroom incident had occurred not recently but more than a year ago, February 2017, at Clint Eastwood’s Mission Ranch. It is entirely possible that even if a crime was committed, the statute of limitations may have run.

Why then was Mozingo bringing this up now? So reporters and the public wouldn’t focus on the fact that the harassment investigation did sustain some of the allegations against Dallas even though the result was only a reprimand? So no one would ask why the city seemingly invited all comers to share all manner of grievances against the mayor but then limited the inquiry to those with sexual overtones?

Those who complained about Dallas before and during the investigation were promised confidentiality. Does anyone believe their names weren’t shared with the mayor? (In case you’ve forgotten, Mozingo and Dallas are political pals. Mozingo helped Dallas get elected and Dallas helped Mozingo get the city attorney position. )

Mozingo actually had brought the assault matter up previously, very briefly, the night before at a regular council meeting. Again, it seemed to be a diversion. He was in the midst of responding to Councilman Bobby Richards’ concerns about the fees Mozingo has been charging the city. Was he thinking that it would be smart to get the council thinking about an attack on the mayor instead of legal fees?

Richards was concerned about how much Mozingo had charged the city for work done in November and December, some $70,000 worth of work over and above what he does for his $13,000 monthly stipend. In response, there was more sleight of hand. Mozingo talked about how his efforts had resulted in the city being reimbursed for more than $80,000 from an insurance claim that had previously been denied. How that connected to his fees wasn’t clear, which seems to have been the point.

Subsequent attempts by Voices to get elaboration on that and other topics have failed.

City Administrator Chip Rerig referred all our questions to Mozingo, who has not responded and apparently hopes to make them disappear. As we all know, magicians don’t like to explain their tricks.

Calkins writes a weekly column on local politics and public affairs. He can be reached at calkinsroyal@gmail.com.