The head of the Monterey County Vintners & Growers Association has formally accused Carmel Mayor Steve Dallas of harassing her through inappropriate and suggestive comments on several occasions in recent years.

Kim Stemler, executive director of the wine industry trade group, says she reported Dallas’s unwelcome comments to City Hall three weeks ago. She says she has heard that the city has hired an investigator, although that investigator has not yet contacted her.

She says she believes other women are considering coming forward as well. 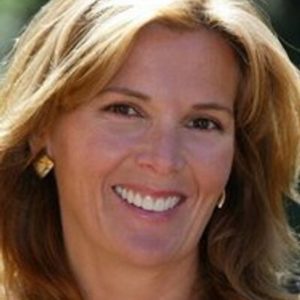 “He’s a stain on the community and I want him out of office,” Stemler told Voices. She said he never groped or openly propositioned her but “regularly sexualizes everything.”

“He regularly makes sexual comments when I see him at these events, consistently crossing the line between professional and unprofessional conduct. This behavior has occurred since I’ve known him. And although I tell him to ‘stop,’ say ‘that’s enough’ or roll my eyes and walk away, he does not.“

Stemler’s complaint is believed to have been the subject of a closed City Council meeting Dec. 15. Afterward, City Attorney Glen Mozingo said only that the council had taken no formal action.

Dallas did not return multiple calls from Voices. Calls to Mozingo resulted in a brief email from the lawyer that stated, “In response to your inquiry, the City of Carmel-by-the-Sea has a policy of investigating all allegations of misconduct.”

Stemler says her most recent encounter with Dallas came during the Carmel Film Festival in October, which was co-hosted by the Vintner & Growers Association. She said Dallas introduced her to a friend in the lobby of the Sunset Center and asked if she knew what he does for a living. She says Dallas then answered his own question, saying, “He’s a fluffer.”

Also that evening, Stemler says Dallas noticed there was something on the front of her blouse, lint perhaps. She says Dallas was “leering” at her. “He said something to the effect of ‘I’d like to touch that but I can’t,’” she says.

Later that same evening, Stemler and Dallas were at the film festival after-party at Forge in the Forest restaurant. She says Dallas came up to her and asked, “So how’s your sex life?”

“I don’t intentionally hang out with Steve Dallas but our jobs bring us together,” Stemler said. “I have no choice but to deal with him. Unfortunately, there are others who want to say something but are scared. He’s a powerful guy.

“My job…requires that interaction with the city of Carmel-by-the-Sea staff and City Council,” she writes in an email. “My job also requires that I attend a lot of events. I see the mayor regularly at these events. Our relationship is only professional. I have never spent time socially with him, nor would I.”

Stemler said she is reporting on her own as an individual, not as a representative of her organization, but added that the association board of directors is aware that she was going public with her allegations. 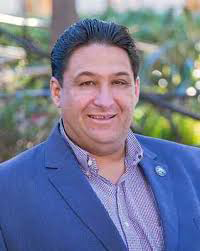 Stemler has headed the vintner’s group since 2013. She previously operated a management consulting firm and was policy and communications director for First 5 Monterey County.

Dallas, a Carmel native, has worked in the travel industry and in his mother’s development and property management business. He was a city planning commissioner when he was elected to the City Council in 2014. He was elected mayor in 2016, topping longtime Councilman Ken Talmadge. Most of his support came from the business community and political figures aligned with those interests but he also received a surprising amount of support from progressive quarters.

Stemler said she had hoped to be able to file a complaint with the city anonymously but was told by Mozingo, the city attorney and friend of Dallas, that only city employees could file complaints anonymously.

She turned next to Chip Rerig, the city administrator.

“He was wonderful,” she says, “and apologetic.”

Rerig referred her to the city’s personnel director, Maxine Gullo. That led to meetings with Gullo and Mozingo. She says Mozingo told her that he had come up with a plan for a formal investigation and that he had raised the matter with Dallas and Dallas had “not denied it.”

Gullo did not return repeated calls this week. Rerig was out of the office on vacation.

Stemler said Mozingo told her the city planned to hire someone to coach Dallas on his behavior and would conduct harassment training sessions for the council. She said the attorney also asked her if she knew why the mayor acts the way he does.

Stemler said she does not plan to sue and isn’t seeking any type of compensation.

“I just want him gone,” she said. In response to questions, she said she was inspired by the #MeToo movement, which has led to numerous sexual harassment complaints and the removal of numerous powerful men from their positions.

“It used to be what we expected but times have changed,” she said.

This article will be updated if Dallas or other city officials choose to comment.