Theodore seems like an ordinary fellow. He catches fish in the nearby river with his big bear paws. He forages in campers’ trash cans. He manages to hold down a job. Theodore is smarter than the average bear.

But even Theodore has one hell of a time trying to navigate the health care system so he might get the treatment he needs for his mental health condition. The system is a labyrinth. It’s confusing. It’s impersonal. It was created as a money-making enterprise. And it is especially difficult to navigate for a bear trying to balance his soaring mania against his crushing depression.

As Theodore points out, “The system isn’t broken. It was designed that way.”

Theodore is the protagonist in Kathleen Founds’ adult graphic fable called “Bipolar Bear and the Terrible, Horrible, No Good, Very Bad Health Insurance.” Thirteen years in the making, the 200-page graphic novel was published Nov. 1. Founds, a Watsonville native now living in Marina, couldn’t be happier that the book finally saw the light of day.

“The system isn’t broken. It was designed that way.” Theodore, the protagonist in “Bipolar Bear and the Terrible, Horrible, No Good, Very Bad Health Insurance.”

It is, she admits, “a very odd project.” She started it while a graduate student at Syracuse dealing with a bipolar diagnosis. The intention was to crank out a 15-page children’s book about mental illness for her little brother. But tackling a subject like mental illness comes with certain realities that can’t be ignored, including the maddening search for appropriate care that won’t bankrupt the average bear. 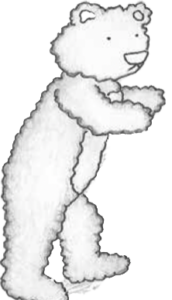 Also, Founds has no art training, and so the graphics portion of her graphic novel was an evolutionary work in progress. (Ultimately, she found she could draw a darling cartoon bear and she could put him in a range of situations doing a range of human things.)

It wasn’t easy finding a publisher to accept her very odd project.

“Once I finished making the book and I gave it to my agent, I was like, all right, I’m looking forward to seeing it on the shelves,” said Founds. The agent read it and she was brutally candid about the potential for marketing a book about a bipolar bear as a whimsical tale that looks like it’s geared for children but it’s not. “Graphic novels for adults about mental health and the health care system, told via forest animals? Yeah, that’s not a genre,” Founds said.

But she’d worked for years on the project — published a more mainstream novel in the meantime — and she wanted to see it in print. She and her agent ended their business relationship amicably, she said, and she spent another couple of years peddling her bear book, without much success. As it happens, Graphic Mundi, a division of the Penn State University Press, specializes in topics like health care and mental illness, among other things. Founds and Graphic Mundi eventually met up and the university press agreed to publish and promote it.

It wasn’t easy, but her dream of getting “Bipolar Bear” published came true. A lot has happened since she started the journey. She now teaches fiction writing at Cabrillo College and the philosophy of nonviolence at CSU Monterey Bay. She is married to a technology instructor at Soledad High School, and they have two children.

Founds grew up in Watsonville, the daughter of nurses and one of five children. She attended Stanford University, where she majored in religious studies and creative writing. After graduation, she spent a year on the border in South Texas, working in a middle school dropout prevention program with the Jesuit Volunteer Corps. “I wasn’t a very good social worker,” she said. 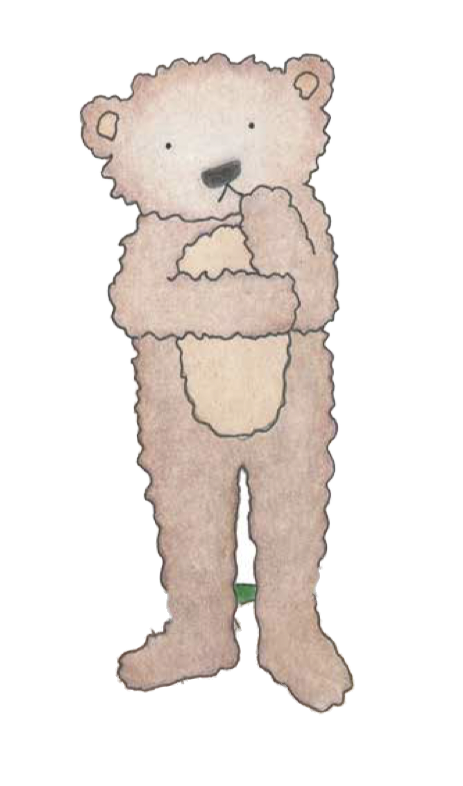 She decided to return to school, and sought out the graduate program in Syracuse because her favorite writer, George Saunders, taught there. His work had inspired her at Stanford, she said, “and Syracuse has a great creative writing program.”

(Saunders, a prodigious talent in his own right, issued a rave review for his ex-student’s book. Saunders is best known for “Lincoln on the Bardo.”)

Founds said she learned that Syracuse and the winters of upper New York were a “real shock” for a California native. She found herself in a seasonal-onset depression that was eventually diagnosed as bipolar disorder at the university health center. She met her husband at Syracuse and they settled in Ohio for a couple of years before they returned to California.

Her first novel, “Where the Mystical Creatures Attack!,” was published after winning a prestigious University of Iowa Press award. That book follows an idealistic high school teacher in South Texas who has a “nervous breakdown” and who communicates with a couple of students from an inpatient psychiatric health facility.

“Mystical Creatures” is a quirky blend of linked short stories, with characters’ stories told through the prism of letters, in-class essays, therapeutic journal exercises, an advice column, a reality TV show transcript, a diary and a Methodist women’s fundraising cookbook. The book was shortlisted by The New York Times, which called it a “dark, rich, little novel” and described Founds as “a talented moralist of nearly Russian ferocity.”

“The bipolar bear was just going to be another one of these angst-ridden animal books." Kathleen Founds

So far, Founds’ fictional protagonists are a bipolar bear and a South Texas teacher in a psychiatric hospital. Is any of this autobiographical?

“I took some of my experiences working with students in South Texas, and then I imagined what would happen if the teacher had become even more overwhelmed than I did — and I did not end up in an inpatient psychiatric facility,” she said. “Sometimes I’ll take an experience I have had and then exaggerate or intensify it.” 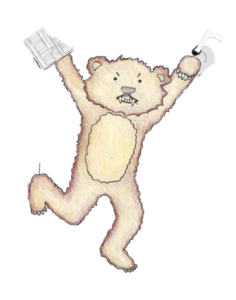 “Well, he’s a bipolar bear that lives in the forest,” she said. “He does reflect my experience with bipolar disorder, but in a very allegorical fashion.”

The health care miasma comes from real-life experience. While in university, she liked to write quick short stories starring various angst-ridden animals for her brother, who is 17 years her junior. She came up with stories about a lonely giant squid, a burro who wanted to be a unicorn, a snail who believed she was too plain and boring. “The bipolar bear was just going to be another one of these angst-ridden animal books,” she said.

But as Founds and her husband talked about starting a family, she felt she needed to check in with a special clinic at Stanford to learn about how to deal with a pregnancy, mental health conditions and medications. It was a great help, but then she got the bill for $650 a couple weeks later. ”I was shocked and horrified,” she said.

Founds said she started making calls to Stanford and her insurance company. She was passed along from one customer representative to the next in an exhausting and frustrating sequence of calls. She was dealing with the health care bureaucracy. She was told that the Stanford clinic was not in network, so her visit wasn’t covered.

“I felt so drained and disheartened,” she said.

And then she worked out her frustrations with Theodore. Fifteen pages turned into 200 as Theodore found a job, floundered with his condition, struggled to make ends meet and tried to figure out how to navigate the mental health care system. 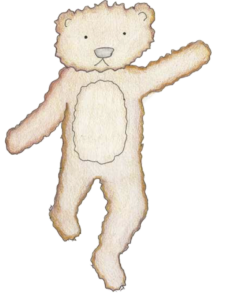 Theodore has wild mood swings. He is capable of poetry and joy when he is having a good day. When he’s down, he pulls a blanket over his head and calls in sick. And when he’s dealing with the health care enterprise, he encounters snakes, piranhas, crocodiles and fat cats.

And it suddenly wasn’t a children’s book anymore.

With her book now in circulation, Founds will continue to work on her short stories. She’s had her humor pieces and essays published in McSweeney’s, Salon, The New Yorker (online), and even Good Housekeeping.

In the meantime, Graphic Mundi will promote the children’s graphic novel meant for adults about a bear dealing with the health care system while treating his mental illness.

“I think there is an audience for it,” Founds said. “There are plenty of people out there who have struggled with some form of mental illness. One in five Americans takes or has taken antidepressants or mood stabilizers. And people are suffering even more with their mental health during the pandemic, after the pandemic. And then there’s a lot of people out there who hate their health insurance.”

Kathleen Founds will discuss “Bipolar Bear” during an event Friday, Dec. 2 at Downtown Book and Sound in Salinas. The event begins at 6 p.m.