Held at Hartnell College, the event featured more than a dozen of performances, from a fashion show to music by The Young Ogs, a freshly established group from Seaside.

“We working… we trying to hit the booth, brainstorm, drop projects, videos, events.” siad Akili Jones, one of the members of the Young Ogs in regard to future ambitions.

Juneteenth dates back to June 19, 1865, when enslaved Africans learned of their liberation. On June 17, 2021, President Joe Biden signed a bill to recognize Juneteenth as a national holiday.

Now, African Americans in Salinas have the freedom to honor their culture and traditions that were once stripped away by enslavers.

Salinas Juneteenth made its debut last year at the Salinas Sports Complex. Princess Killens, one of the members of the Juneteenth Committee, mentioned the improvements put into place to make the event an enjoyable experience this year. 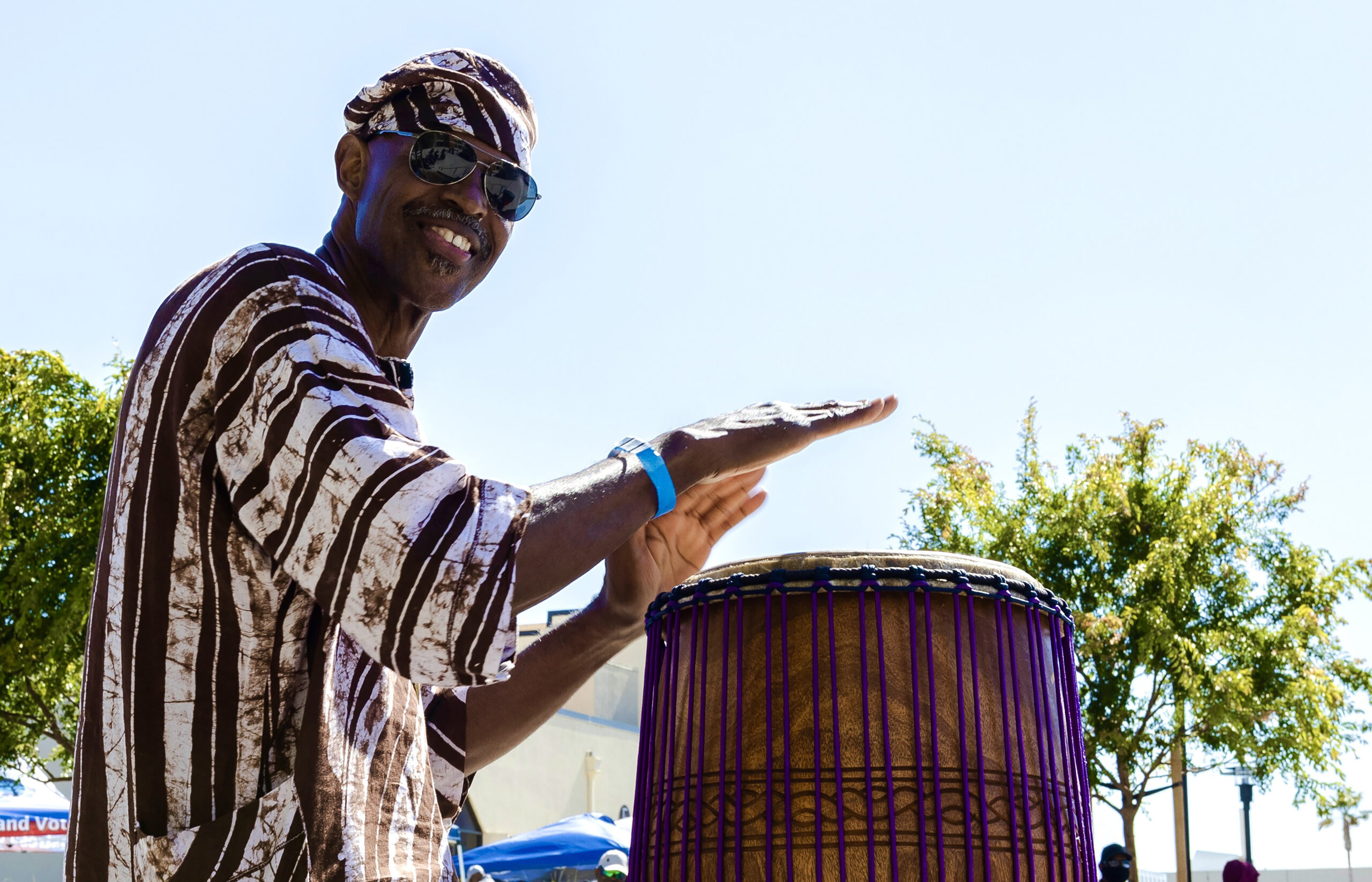 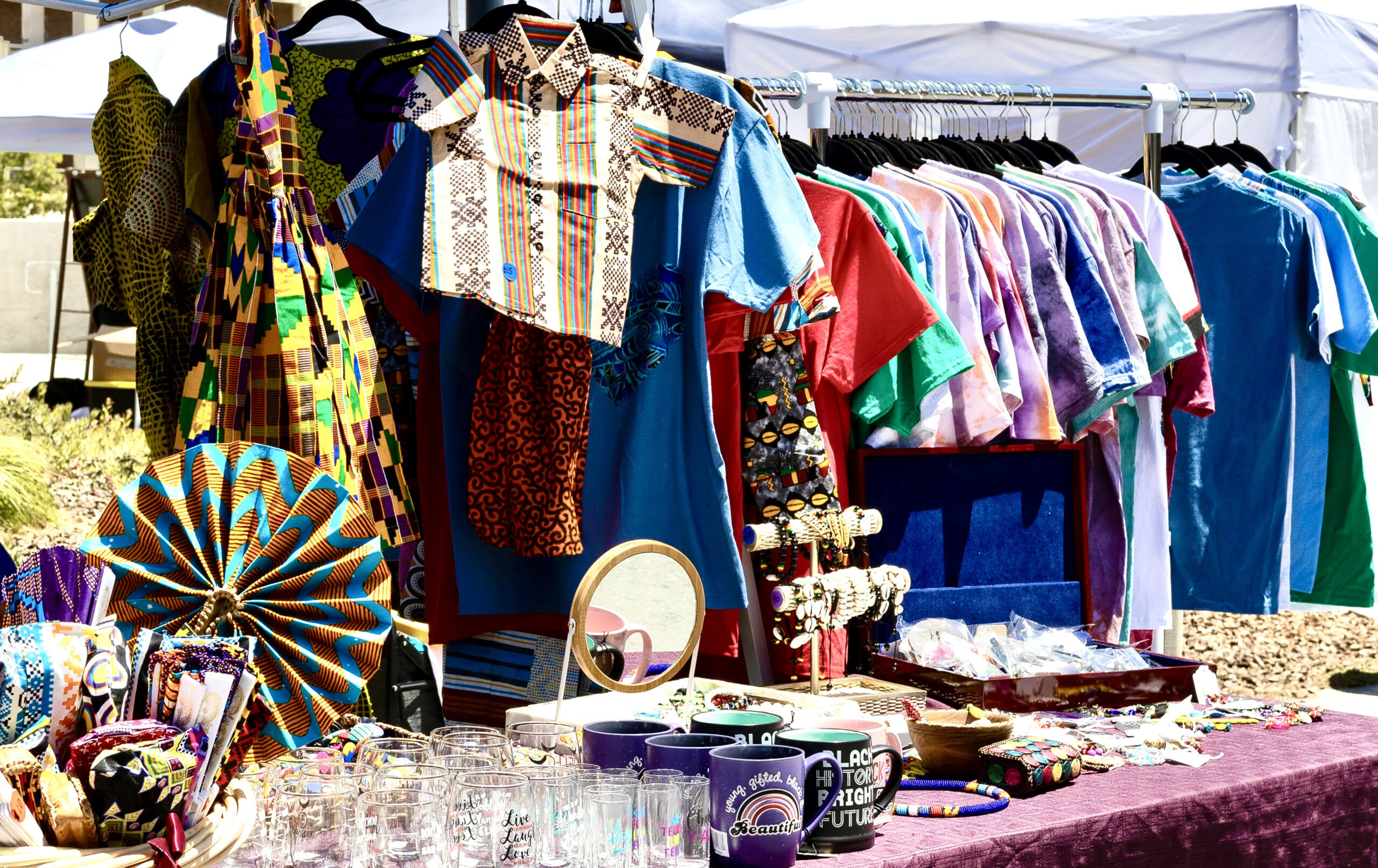 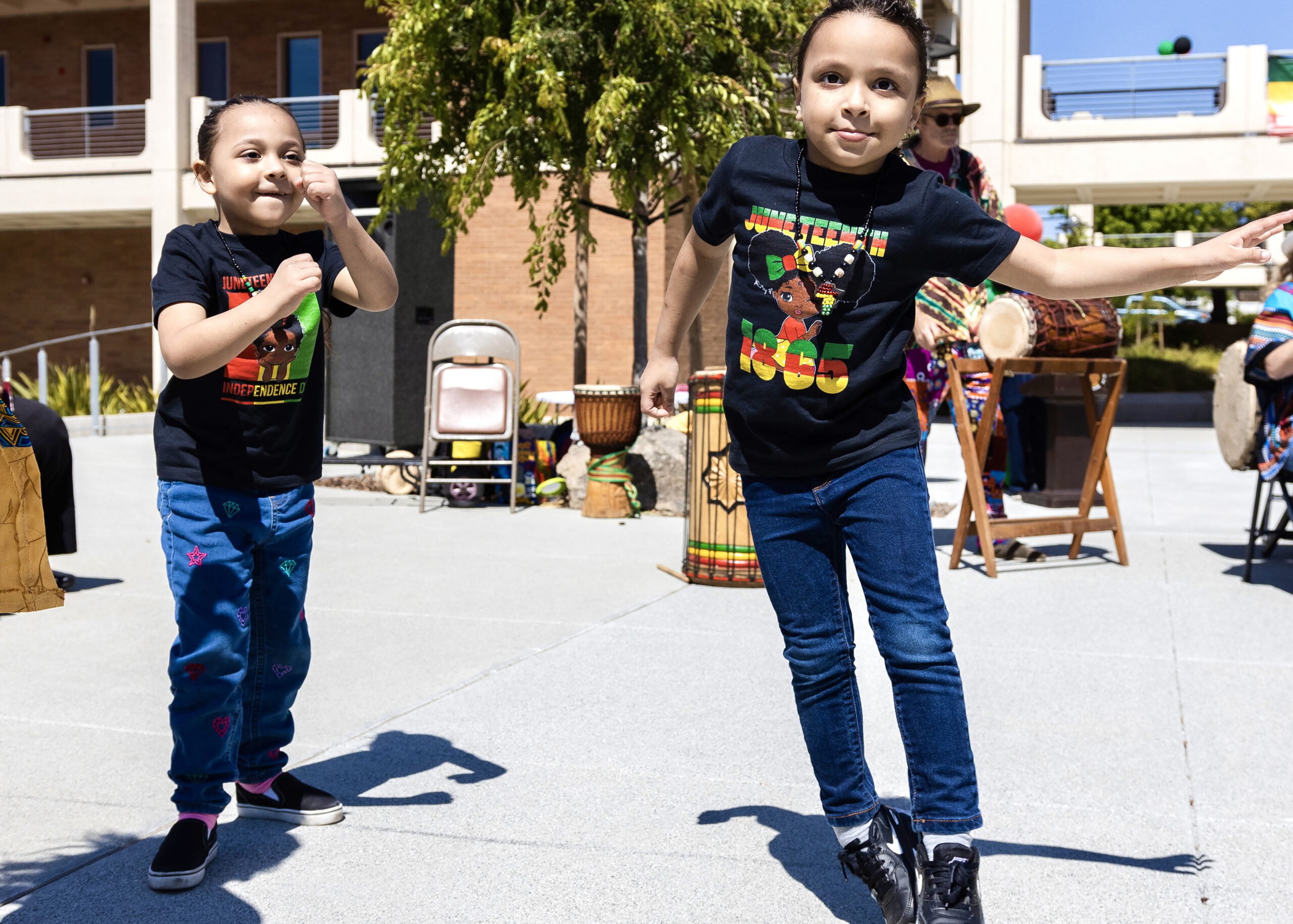 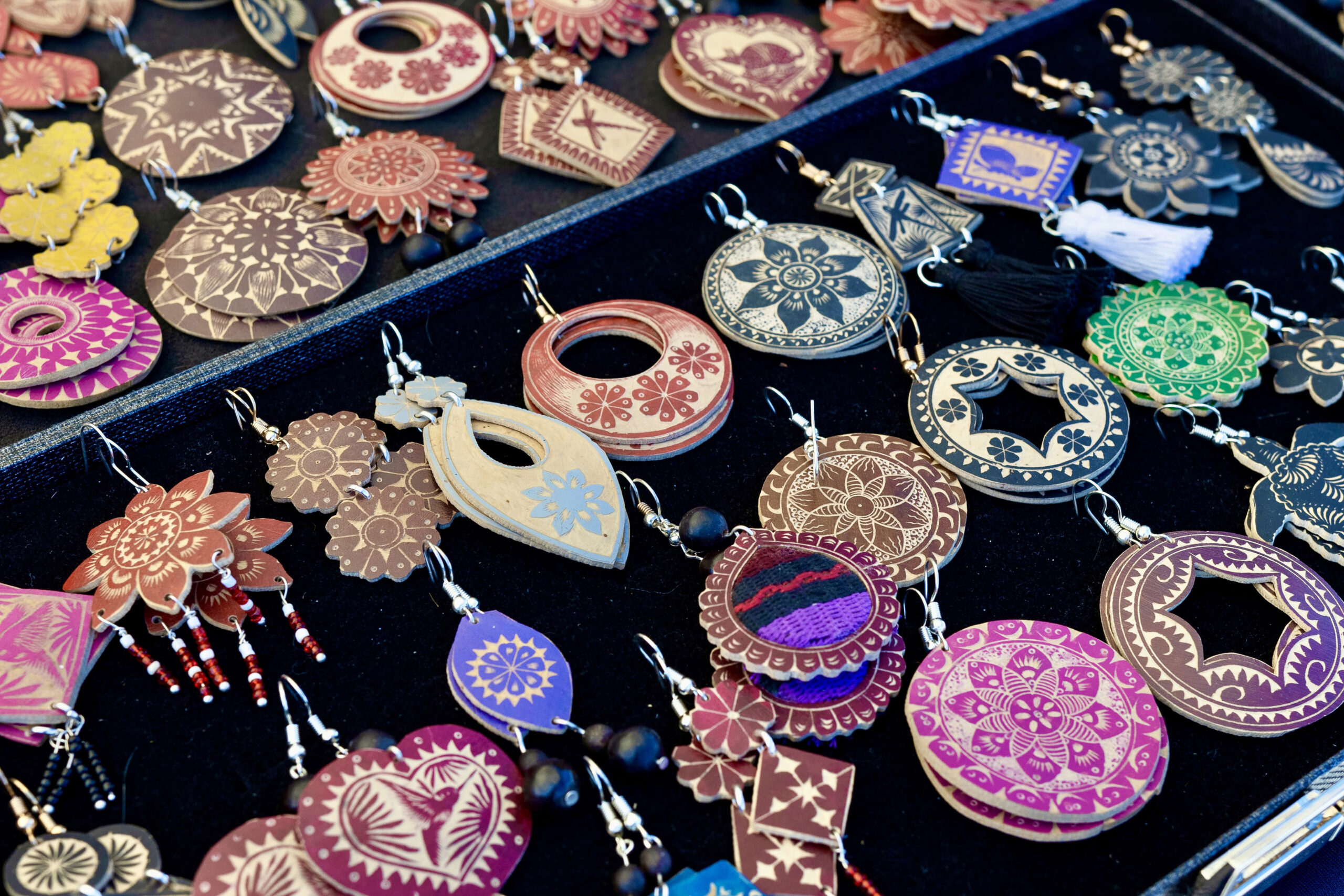 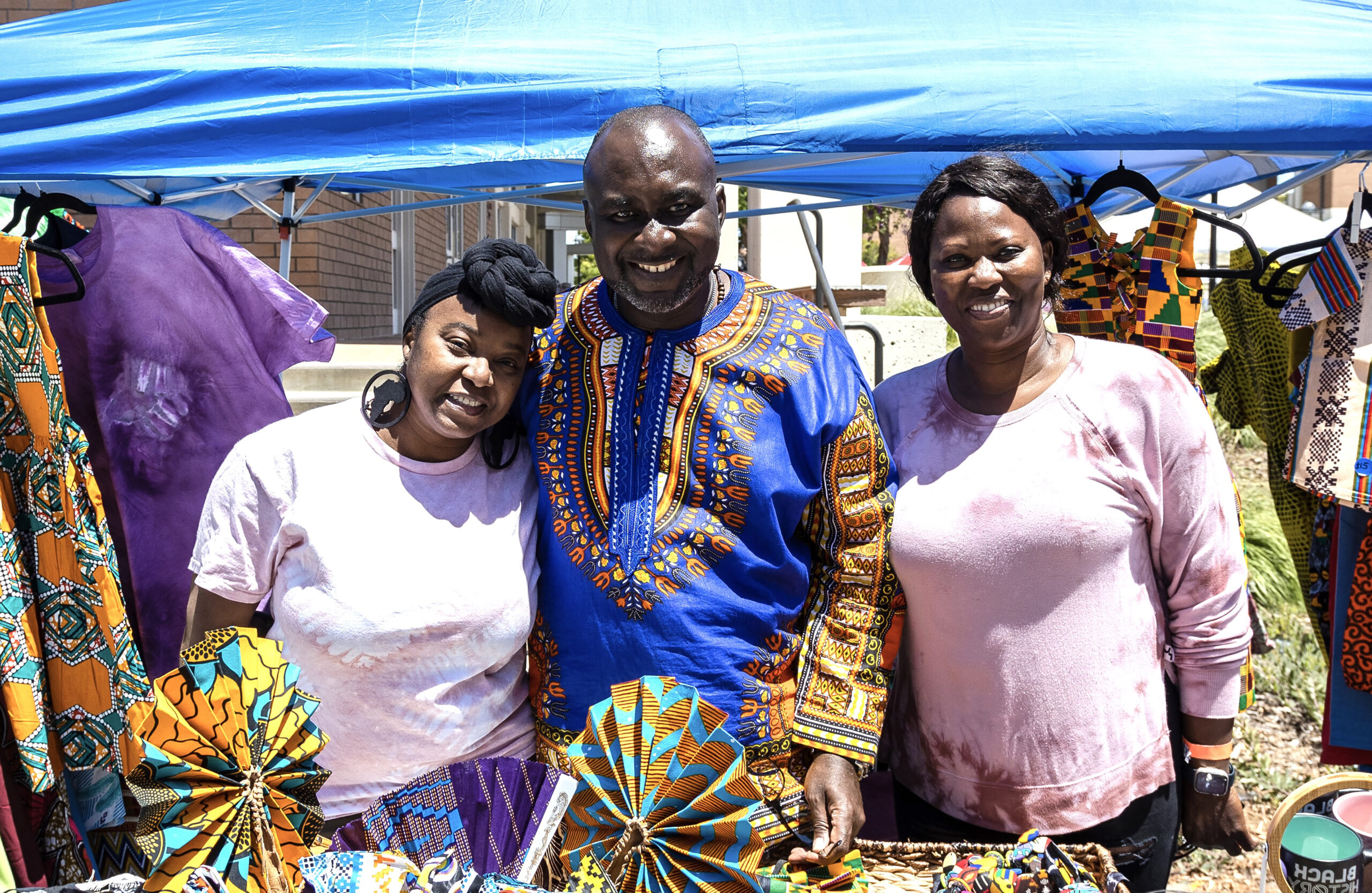 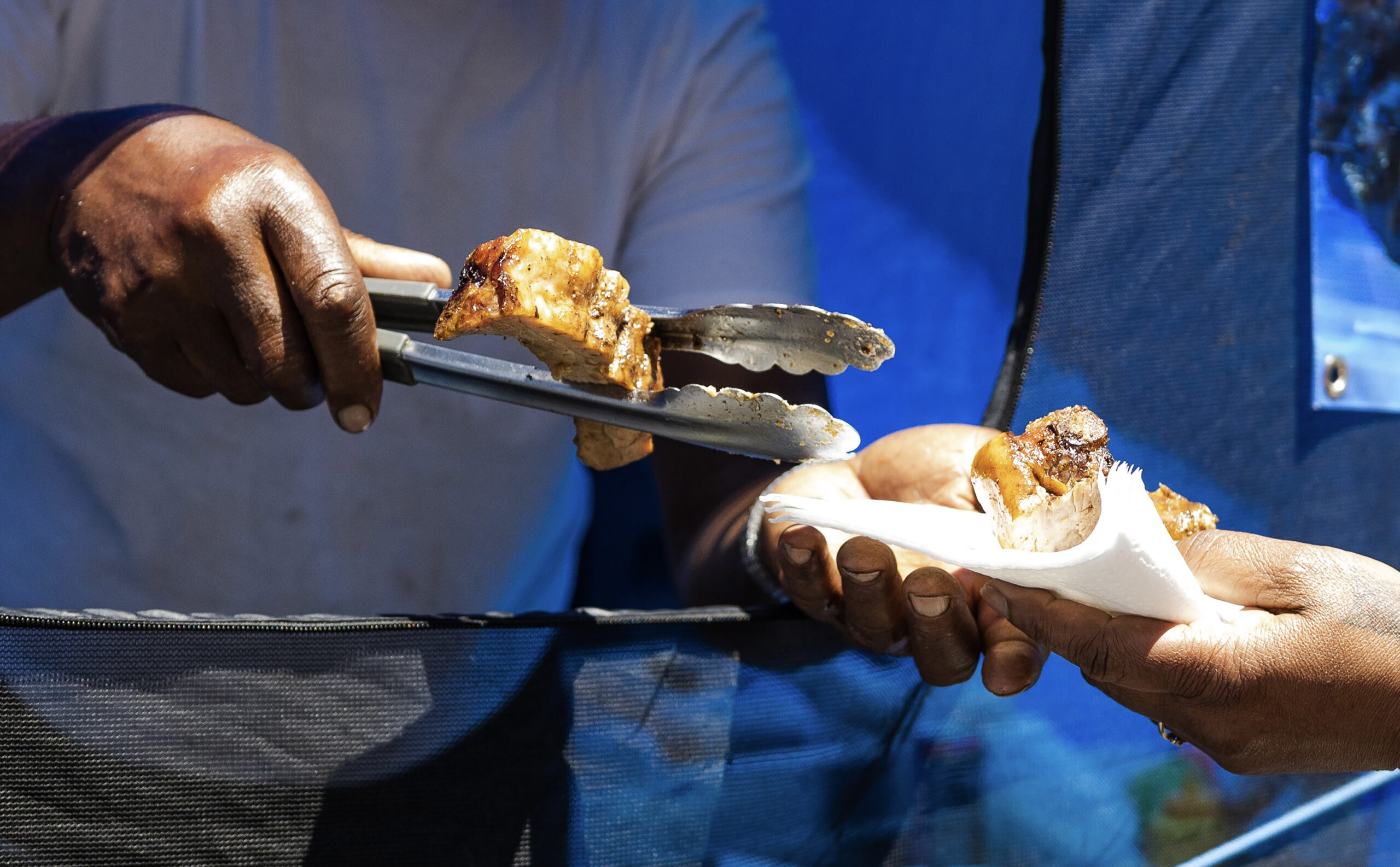 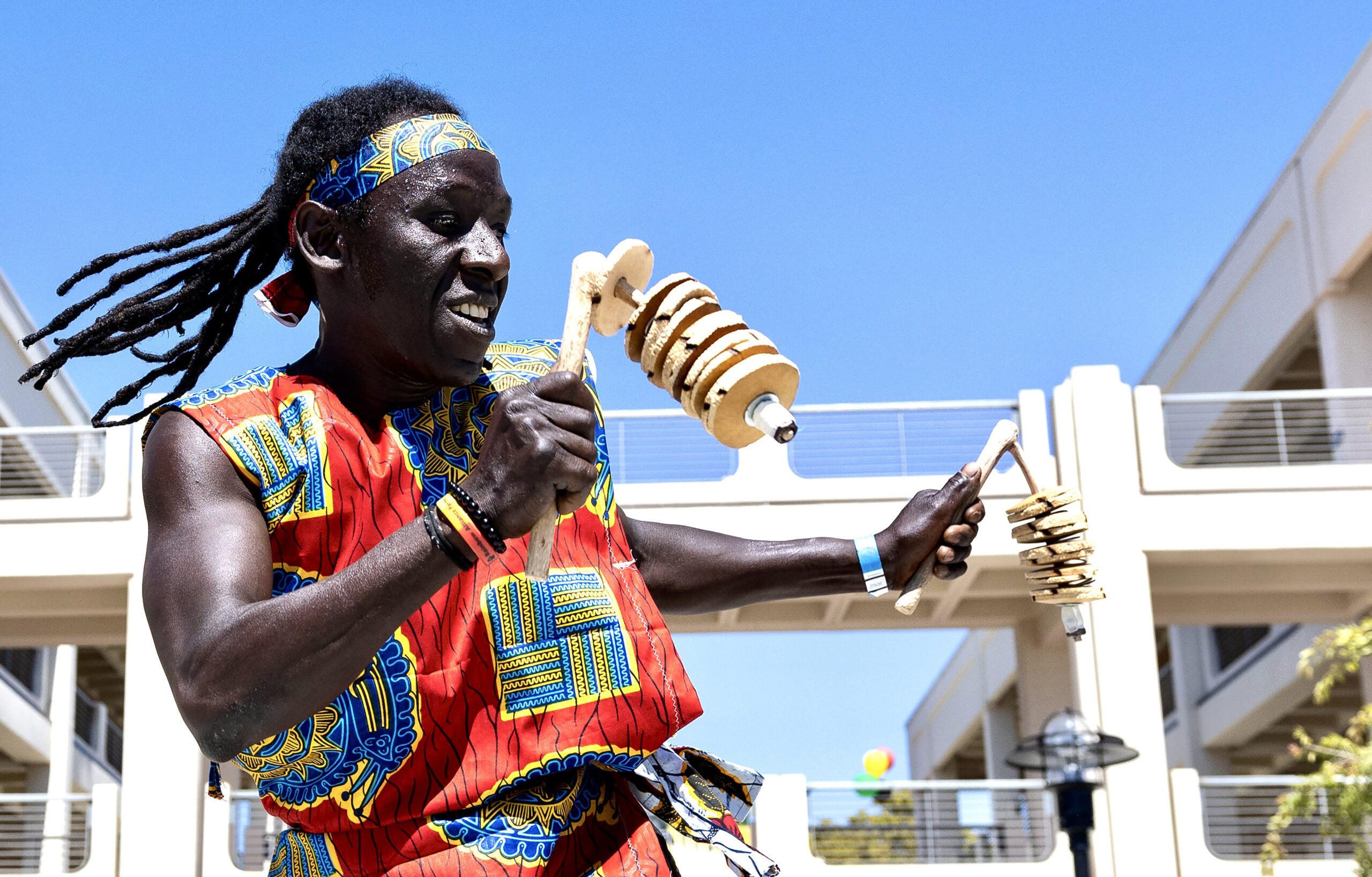 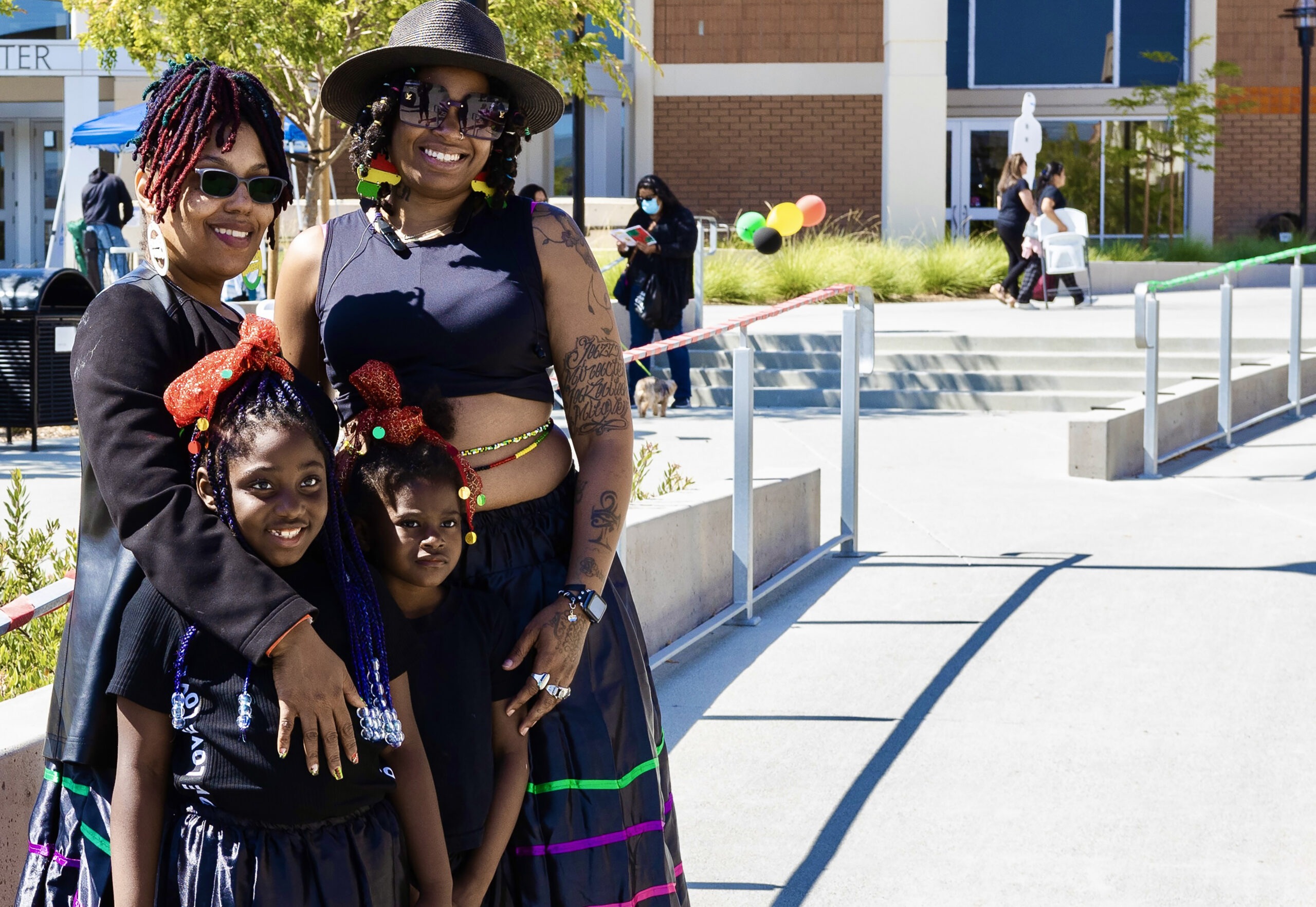 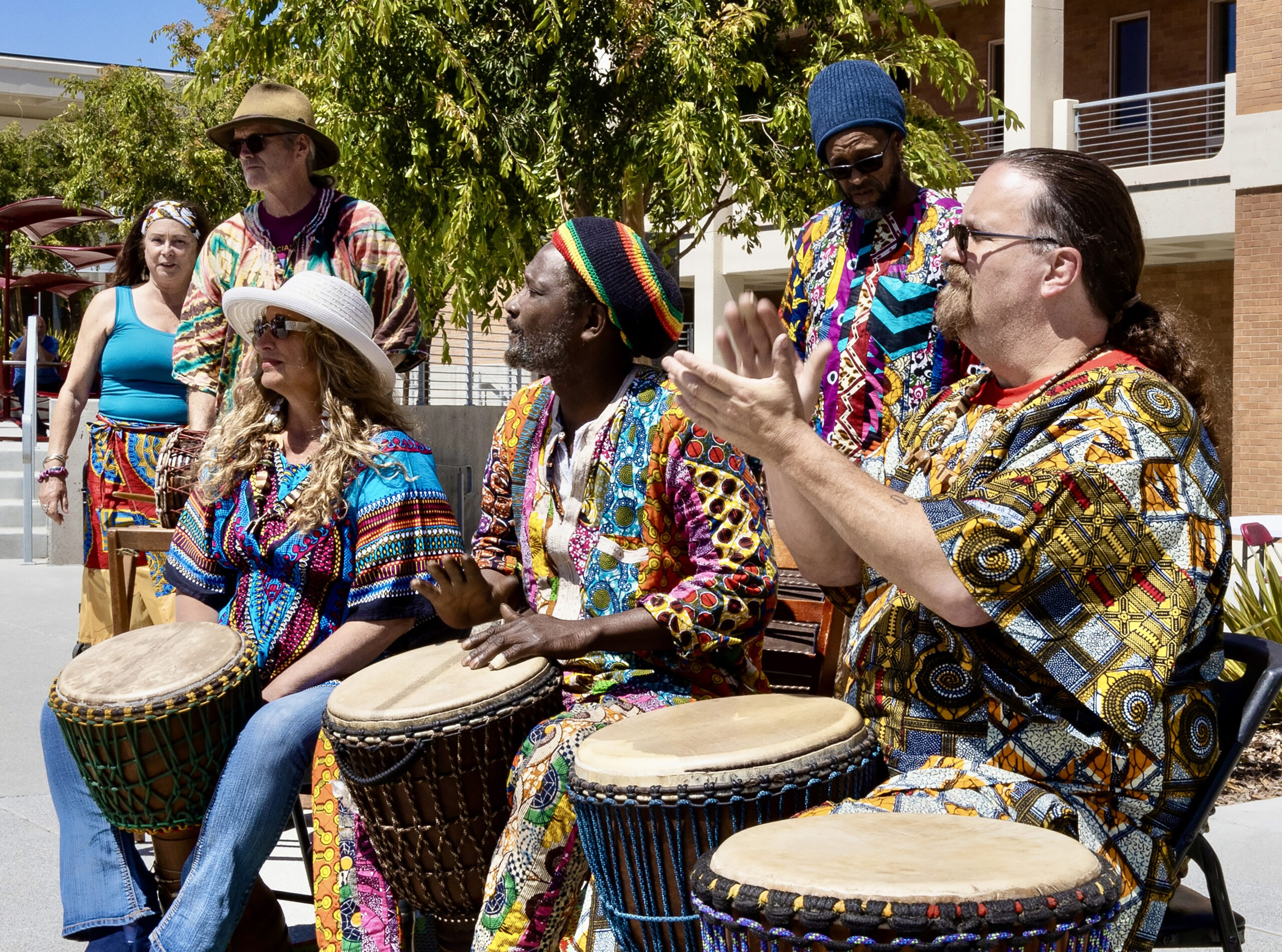 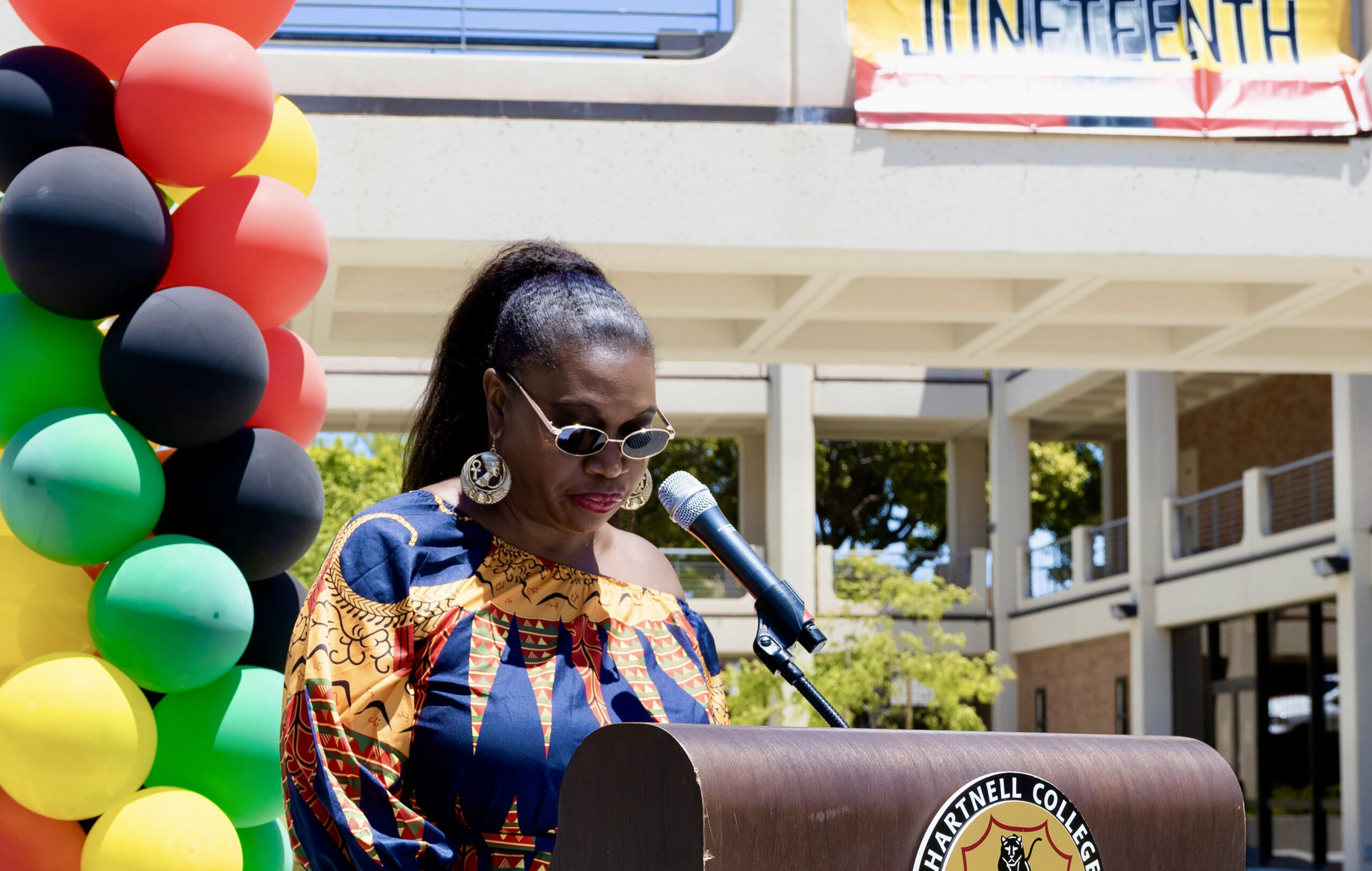 In partnership with Hartnell College, vendors and community partners such as Salinas Public Library, First 5 of Monterey County and Hartnell College Umoja marked their spots with their tents and tables outside in front of the Student Center.

Attendees entered the event between Merrill Hall and the Student Center where volunteers quickly welcomed guests and handed out a black drawstring bag reading “Salinas Juneteenth.”

Once passing check-in, hungry attendees were greeted by the aromas of delicious fried catfish being sizzled to crispy golden by Salinas native Dmitri Rivers, owner of Cuzzo’s Fish Shak.

According to the U.S. Census, about 1.2 percent of the population in Salinas identify as Black or African American, roughly 2,000 residents.

But Black-owned businesses, specifically African cuisine restaurants, are few and far between in a predominantly Hispanic city such as Salinas. Rivers is attempting to change that narrative.

“I was just hungry one day, man. And I was just like, I don’t feel like cooking. Where can I go to get me some catfish?” said Rivers.

"All I wanted was to be able to bring a little bit of my culture and what I grew up with, right here in Salinas, because we don't have any soul food restaurants at all." Dmitri Rivers, owner of Cuzzo's Fish Shak

Frustrated with not having African American cuisine in close proximity, it was Rivers’ calling to serve his community by cooking food he grew up eating and to provide people an insight into his childhood.

“All I wanted was to be able to bring a little bit of my culture and what I grew up with, right here in Salinas, because we don’t have any soul food restaurants at all,” said Rivers.

On Fridays, you can find Cuzzo’s Fish Shak at the Sports Sports Complex from 3 to 9:30 p.m. On Saturday, Rivers is posted up at Oldtown Salinas from 9 a.m. to 2 p.m. Starting at the end of month, soul food lovers can get a fix of fried catfish in Capitola from 10 a.m. to 3 p.m.

As the celebrations of Juneteenth continue to grow, prejudice and hateful acts against the Black community are not a thing of the distant past.

Last year in August, students at Salinas High school created an Instagram account called “Shaniqua.sh” for a Black doll named Shaniqua that featured photographs and videos of the doll with racist captions. As a result, three students faced disciplinary actions by the school and were suspended for their actions.

Cultural celebrations like Salinas Juneteenth provide an opportunity for community members unfamiliar with African American history to learn more about the experiences lived by enslaved peoples. However, the movement and efforts to prevent hateful acts against Black people still fall short.

“The doll was just an object. But on the TV every day, we see African American people, or people of African descent, being brutalized and it is basically a sort of demonization of who we are,” said Dr. Kendra Cabrera, an ethnic studies professor at Monterey Peninsula College and department chair.

During a board meeting addressing the incident, parent and Juneteenth committee member Asya Guillory set up a display of Black dolls on the lawn of the Salinas Union High School District office.

“I think if there were more Black educators, more Black parents involved in the school, more Black administrators … when youth are seeing that, then they think twice about these kinds of incidents,” said Guillory.

Looking to the future, Salinas Juneteenth organizers say they will continue its effort to educate the public about the Black experience and elevate Black voices in the community by providing a safe space for self-expression.

“We not only empower the people in our community, but we create a family. And I think events like this make us grow stronger and make better connections,” said Salinas Youth Poet Laureate Kenya Burton.