Among the thousands of students who graduated from San Diego State last weekend was one of California’s youngest and most unlikely philanthropists.

I first profiled Fabiola Moreno Ruelas, now 21, three summers ago, after meeting her in Gonzales. Her story was simple — but unforgettable.

Fabiola had very few resources growing up. Her father had been deported, her family was evicted from housing, and she and her mother relied on food stamps to eat and on donations from neighbors and church for clothes and schoolbooks. She did well in school, but she needed both scholarships for tuition and additional money — from Gonzales community members — to cover her living expenses in order to go to college.

As a teen, Fabiola was seriously injured in a car accident — fracturing her skull, wrist, and back. But that accident would improve her fortunes. At age 18, during her freshman year, she received a settlement of $29,000.

Then she made a remarkable choice. Rather than spend the money on herself or her family, she chose to give back to Gonzales, the community that had helped her, and other poor kids. She used the money to start her own scholarship fund, the Ruelas Fulfillment Foundation, managed by the Rotary Club. She created an application — a 2.9 GPA and 80 hours of community service were required for eligibility — and launched with the offer of four $500 grants, to help Gonzales kids with college living expenses.

Not long after I met Fabiola in summer 2019, she headed back to San Diego for her sophomore year. Dropout rates are high for first-generation college students from less-advantaged families. She confessed to me that she found university difficult during her freshman year, and that she had contemplated leaving school.

In the end, her instinct for giving would help see her through.

It wasn’t easy, and it was sometimes scary. In her sophomore fall, the academic demands grew, and, even with scholarships, she juggled two and three jobs to afford to stay in school.

Then, early in 2020, she suffered two personal blows. In January, she got the unexpected and unsettling news that her father, back in Mexico, had died. A few weeks later, in February, her stepfather got hit by a big rig while riding a bicycle and suffered near-fatal head injuries.

As Fabiola was processing those hardships, COVID hit. She was a student resident advisor in a dorm — so when campus shut down, she at once lost her place to live and one of her jobs. She went home, only to confront more death and grief. COVID fatality rates were especially high in the Salinas Valley in spring and summer 2020. She felt unhealthy and isolated.

She says she found purpose, and comfort, in giving away money. She funded three more students through her scholarship fund. And during the George Floyd-inspired protests in summer 2020, she decided to give $1,000 from the fund to the NAACP chapter at San Diego State. 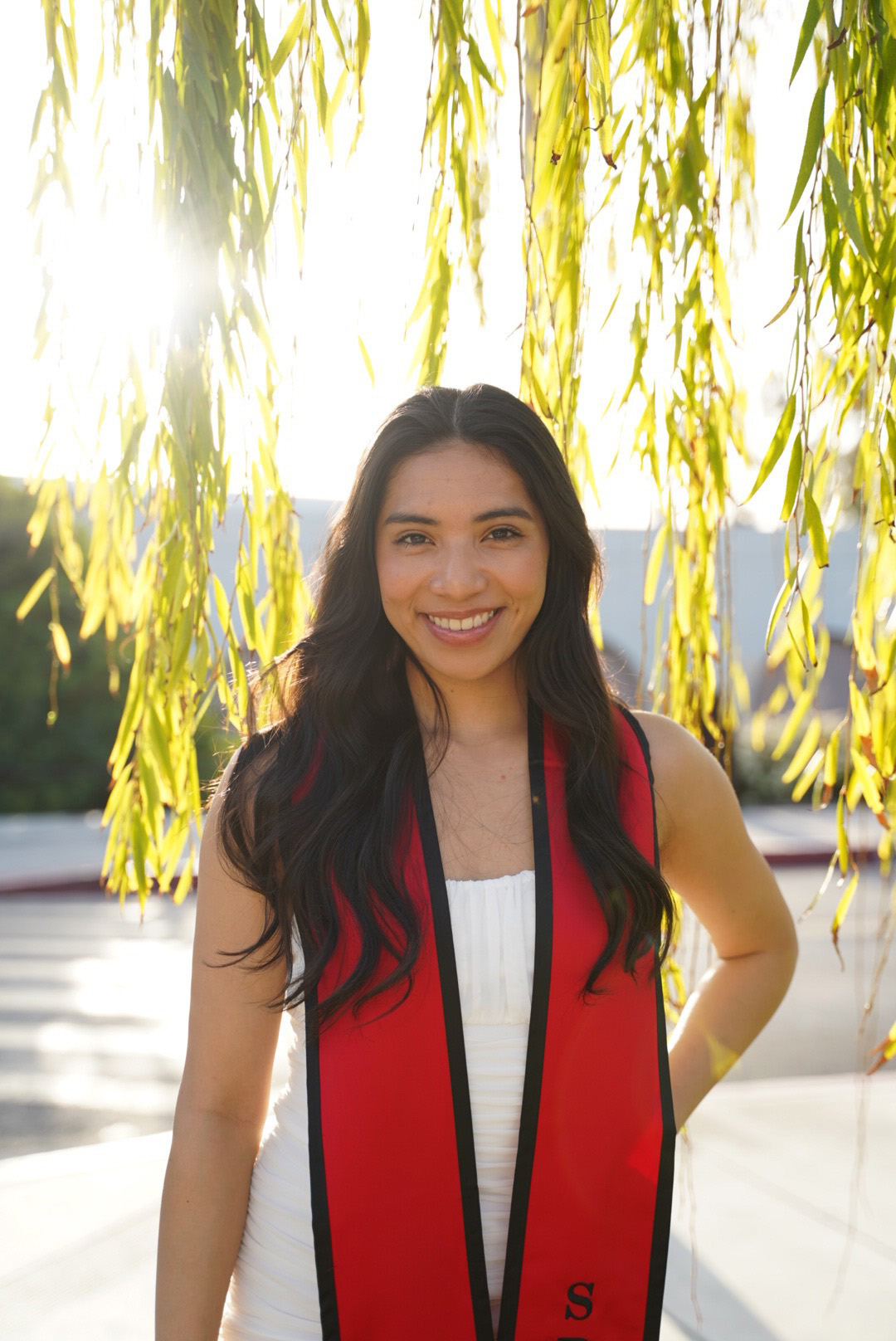 Gonzales philanthropist Fabiola Moreno Ruelas is looking toward the future after graduating from San Diego State.

She stayed enrolled in school, which was conducted virtually, and soon found online work, mentoring and tutoring other first-generation, low-income students through their first years in college. She also got a boost from emergency federal payments to college students, though she was outraged that some other students — those without legal immigration status — weren’t eligible for the federal money. So in January 2021, she made two more grants from her college fund to undocumented students, both at San Diego State.

When she was down, one of her grantees — an engineering student — gave her a pep talk, she recalls.

She was always busy, between work (one of her jobs was in the university donor relations office) and studying political science. But she still found time to get more involved in student organizations and government — including as vice president of systemwide affairs for the California State Student Association, and, at San Diego State, as student diversity commissioner for Associated Students and as vice president of the student advisory board of the Educational Opportunity Program.

Graduating, she says, feels more like a beginning than an end. She’s not just the first college graduate in her family. She managed, just barely, to graduate without taking on debt. That will make it easier for her to do what she really wants: give away money to others.

All told, Fabiola has now given scholarships to 12 students from Gonzales High School, along with the NAACP and San Diego State students’ grants. She is raising money for more scholarships, with a particular emphasis on undocumented students, and helping students meet their basic needs.

She may even make a wider impact, too, since the governor put her on his vision council for reimagining post-secondary education. And while she isn’t sure what exactly will be next, she can raise money, and has unusual first-hand experience in increasing access to higher education.

Perhaps she could become the chancellor of the Cal State system, she muses.

After all, the job is open.