As has been said many times in many places, “A picture is worth a thousand words.” In the case of science illustrators, those pictures are not about just being beautiful works of art, but also illuminating scientific ideas and principles.

The public will once again be able to view gorgeous examples of science illustration in person at the Pacific Grove Museum of Natural History, after a two-year pause due to the pandemic. “Illustrating Nature” features a curated selection of capstone projects of 2022 graduates of the Science Illustration program at CSU Monterey Bay, and will open with a public reception from 6-9 p.m. this Friday, May 6.

The juried show features 50 artworks in a variety of media, including charcoal, pencil, watercolor and acrylics, in addition to showing artists’ clay and wire models, digital animation and art, and students’ sketchbooks, according to Nate King, the museum’s collections and research manager. The exhibit can be seen through June 12. 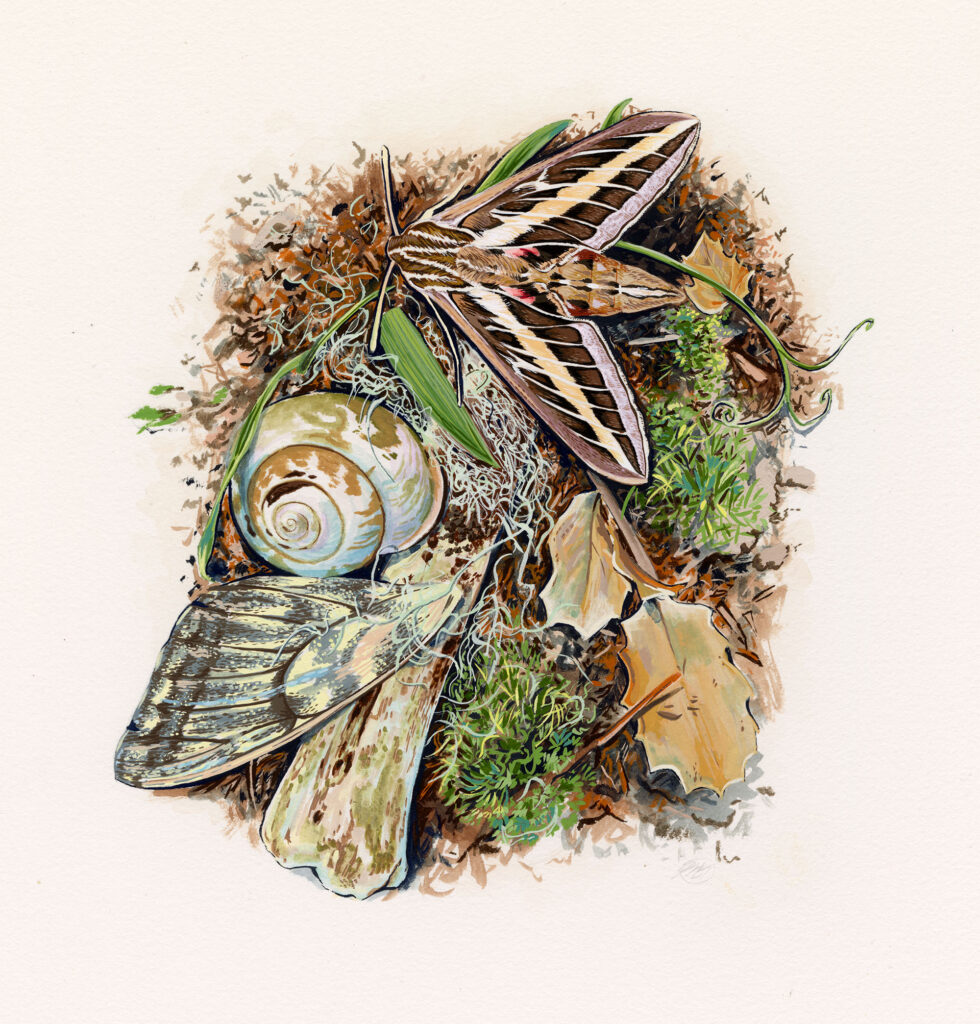 A painting titled ‘Micro Museum’ by Maria Klos is among the works in the exhibit at the Pacific Grove Museum of Natural History.

When people think of science illustration, they probably visualize intricately rendered animal portraits, and of course there are plenty of those are in the show. But King notes that there is a wide variety of other subject matter featured in the exhibit, such as graphics that compare and contrast.

“There’s one of whale tails, which is useful for people who are whale watching and they want to know what kind of whale that was,” said King. “It compares different whale tails and helps you figure out what species it is.”

And these kinds of infographics are one of the things that makes science illustration so valuable and necessary, said Ann Caudle, director of the Science Illustration Program at CSUMB.

“Science illustrators can craft cutaways to show what happens inside a tornado, or the earth’s core, or the muscles of a moving animal, or inside the human body,” Caudle wrote in an email. “Illustrators can also create speculative illustrations that can show the viewer the moons of a distant planet or what the earth might look like with unchecked global warming. Illustrations can simplify a complex concept in order to educate the layperson.” 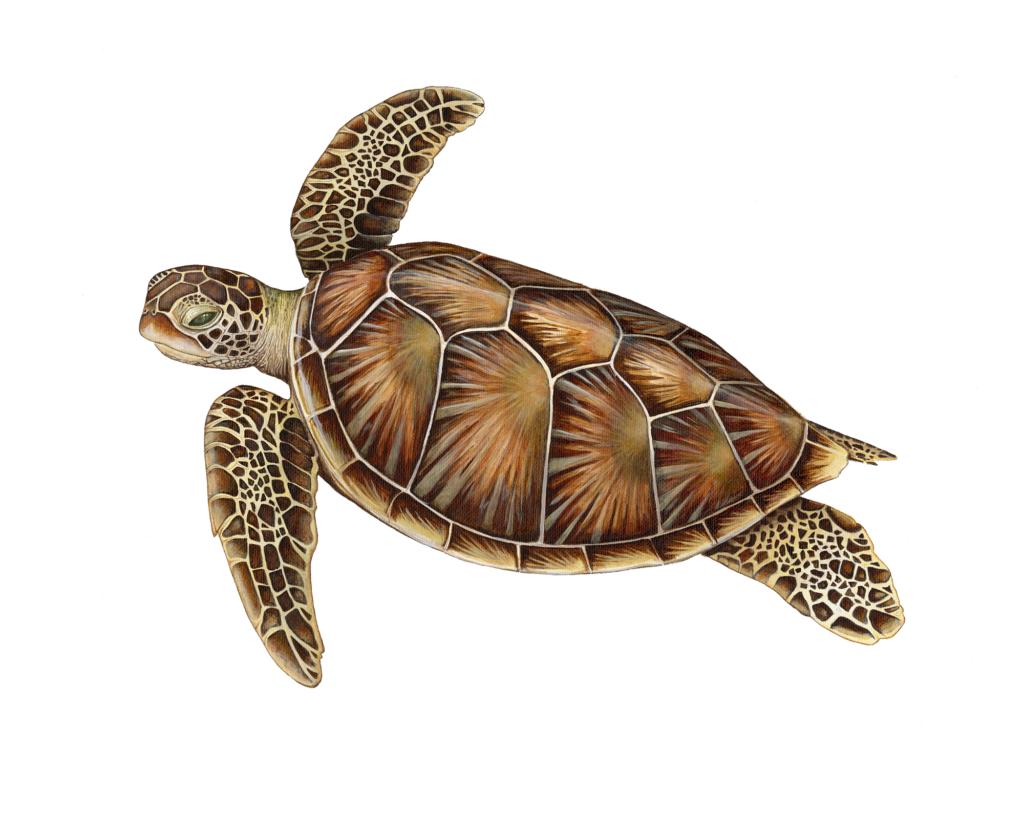 Caudle said the Science Illustration program originated at UC Santa Cruz and was a sister program to science writing in the Science Communication program. She began teaching there in 1986 and took on program director duties in the late 1990s, and moved the program to CSUMB in 2009. CSUMB’s science illustrators still collaborate with UCSC’s science writers to create an annual online publication of illustrated science essays, Science Notes.

The Science Illustration program is for students who have already earned a bachelor’s degree and want to enhance their skills. At the end of the yearlong program, they are awarded a certificate. Program graduates have found jobs illustrating or art directing at National Geographic and Scientific American magazines, writing and illustrating field guides, creating paleo illustrations for display at the Carnegie Museum of Natural History, crafting animations for NASA or interpretive panels for national parks, illustrating children’s science books, and designing everything from scientific murals to medical information pamphlets.

There are many details an artist can bring to light where photographs cannot, noted Caudle.

“Photographs seem perfectly accurate until you really need to look closely to study specific details (Wait! The feet are in shadow, or that’s not the pose we need, or the camera has distorted this foreshortened view, or that behavior has never been caught on camera.)

“What if you want to depict something that can’t be photographed because it’s so rare, or elusive, or, in the case of extinct species, they no longer exist?” 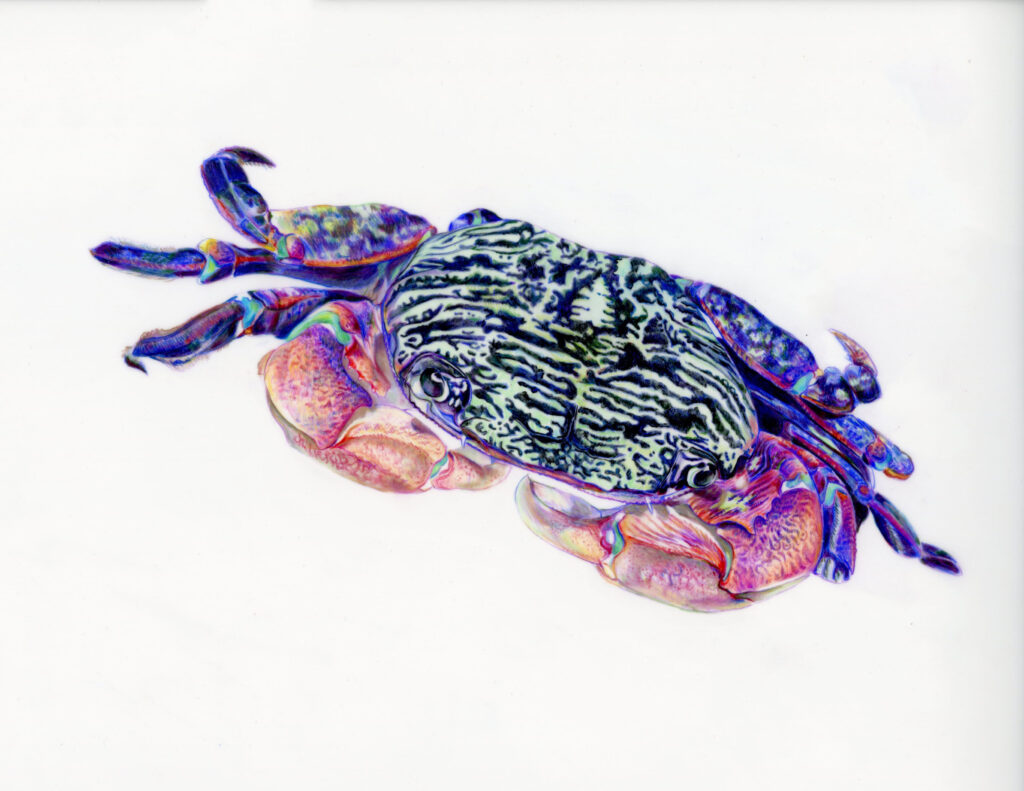 And aside from those who make a living as science illustrators, Caudle points out that an artist’s eye and skills are useful for field work, both to record findings and to sharpen observation.

“You must really look carefully at something in order to successfully draw it,” she said. “I’ve heard many stories of science illustrators pointing out details that the scientist has missed.! Illustration is integral to science communication.”

This year is particularly exciting after two years of digital shows, said Andrea Dingeldein, the museum’s lecturer and program lead. “This year’s cohort of students have dedicated countless hours to honing their skills as science illustrators — we couldn’t be more thrilled to celebrate their accomplishments.”

In conjunction with the exhibit, an artist demonstration will be held on Sunday, May 22, with a special museum member hour from 12-1 p.m. and public hours from 1-4 p.m., when members and guests can see art in progress and speak with the artists. Throughout the run of the exhibit, visitors will also be able to buy original works, prints and merchandise from the artists and in the museum store.