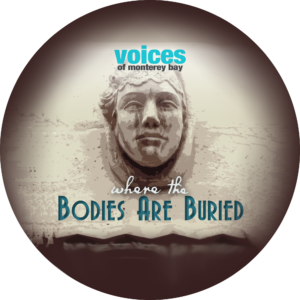 The first ballplayer from Monterey County to play for the New York Yankees was a fiery, headstrong young man with enough raw potential to become one of baseball’s greatest early legends, on par with Ty Cobb, Tris Speaker, Walter Johnson and other contemporaries of his era.

Harry Wolter was also a rarity in baseball, an accomplished pitcher with hitting skills and defensive abilities that kept him in the daily lineup on days he didn’t pitch. In that regard, he was an early-day version of Shoehei Ohtani, one of those do-everything talents who could pitch a shutout every fourth game and hit with power on the days between. Coaches and sportswriters in the early 1900s said Wolter was one of the best-looking ballplayers from the West Coast, young talent destined for stardom.

But his Big League playing days were cut short by a string of injuries, illnesses and a dead left arm gone limp after throwing too many fastballs. His legacy is largely forgotten due to a fits-and-starts career made all the worse by his insistence that team owners should pay him what he thought he was worth. Always an advocate for his own skills, Wolter lost years of Major League service during the prime of his athletic life because he held out for more money, opting to play elsewhere when Big League owners weren’t willing to meet his demands.

Editor’s note: This story is from Where the Bodies Are Buried, a true-crime and history publication established to support Voices of Monterey Bay. Click here to read more about Harry Wolter on our Patreon page.