Scene outside school board meeting | Photo by Carlos Rene Castro

After news of the racist events this weekend at Salinas High School spread across social media, hundreds of students and parents packed the Salinas Union High School District office and its parking lot on Tuesday to demand changes to what they call a pervasive pattern of racial animosity and intimidation at the school.

While students conveyed anger, disappointment and sadness that racial animosity exists so openly Salinas, there was also a sense of unity. They expressed shock that fellow students would not only engage in such racist activity, but they would post their actions on social media for all to see..

The protest stemmed from actions by Salinas High students during a football Jamboree on campus Friday, involving a Black baby doll they named “Shaniqua.” (Editor’s note: While many signs at the event spelled the name “Shiniqua, the account starting this incident was @shaniqua.shs and is the spelling used in our reporting.) A social media post with the students mocking the doll — including a video sequence in which the doll is being stomped on by a couple of students — was circulated briefly before being removed.

North Salinas High student Charles Sanders said the incident on the Salinas High School campus directed at African Americans “cannot be described as anything else but a hate crime.” He and others demanded that administrators investigate and punish the perpetrators as they would any hate crime.

Almost immediately after he opened the school board meeting, board president Phillip Tabera apologized fully to the African American students, staff and members of the community who had been affected by the events that occurred over the weekend.

“The board is gravely concerned and wants our community to know that we are united in condemning this reprehensible behavior,” said Tabera. “We have condemned racism and discrimination, and we have pledged our support for creating inclusive learning environments on our campuses.”

The episode drew immediate anger within the community, with a call by students and community activists to speak up during the next scheduled school board meeting, which was scheduled for Tuesday. To accommodate the crowd of hundreds that showed up, district officials set up chairs in the parking lot, with a large-screen television screen and a speaker so the overflow crowd could watch what was happening inside the boardroom. When the meeting started at 6:30 p.m. every seat was occupied and dozens of people were standing. More than 1,000 viewers were watching a live YouTube feed of the meeting, a number that grew to nearly 3,000 as the four-hour meeting continued.

Before the public hearing started, Salinas Union High School District Superintendent Dan Burns promised that students involved in the incident would be suspended and removed from extracurricular activities. He also said they would be required to attend “restorative justice and healing sessions.”

He said an independent investigator is looking into allegations that staff at the high school, including the principal, may have made inappropriate comments or allowed the racist incidents to occur without intervention.

While the board was dealing with a full agenda, it set aside the entire evening to hear public testimony about the incident. Burns announced that the board would give priority to students and would only allow adults to testify after every student had their say. Dozens of students — most of them students of color — spoke passionately about how the incident made them feel.

It broke my heart because I'm being targeted for living, for being a black girl when I'm just like everyone else.

Nevaeh Drummer, a member of the Black Girls Magic Club at Rancho San Juan High School, testified that the baby doll abused by students at Salinas High “reminded me of me when I was a little baby. That baby represents me, represents so many other Black girls. It broke my heart because I’m being targeted for living, for being a Black girl when I’m just like everyone else.”

The advisor of the club, Jordana Henry, testified that the students’ treatment of the doll represented a white supremacist mindset. If the students didn’t understand the historical context of what they were doing and didn’t know that what they were doing was wrong, “the biggest question we’re asking is ‘what are we teaching our students?’” Henry said.

Another student testified that some of the students who posed with the doll had allied themselves with Black Lives Matter during the protests in the summer of 2020.

Added another student, a senior at Salinas High School, “This whole time was it a front? Were these conversations we shared in the hallway a lie?

“I will not feel comfortable going to school with kids who keep stomping on a doll. You’re representing what you want to do to me and to others. What else do you want to do to me? You’re hurting a doll, I can only imagine what they are thinking in their head when they see me.”

Several students, teachers and activists noted that the school board was attacked less than two months ago by community members who loudly complained that the Salinas Union High School District recently included ethnic studies in its curriculum. At the time, the angry crowd accused district officials of “radicalizing” and “indoctrinating” students about racial divisions they insisted do not exist.

Students on Tuesday testified that the events that took place Friday at the football Jamboree only underscore the need for ethnic studies.

— Joe Livernois of Voices of Monterey Bay contributed to this report. 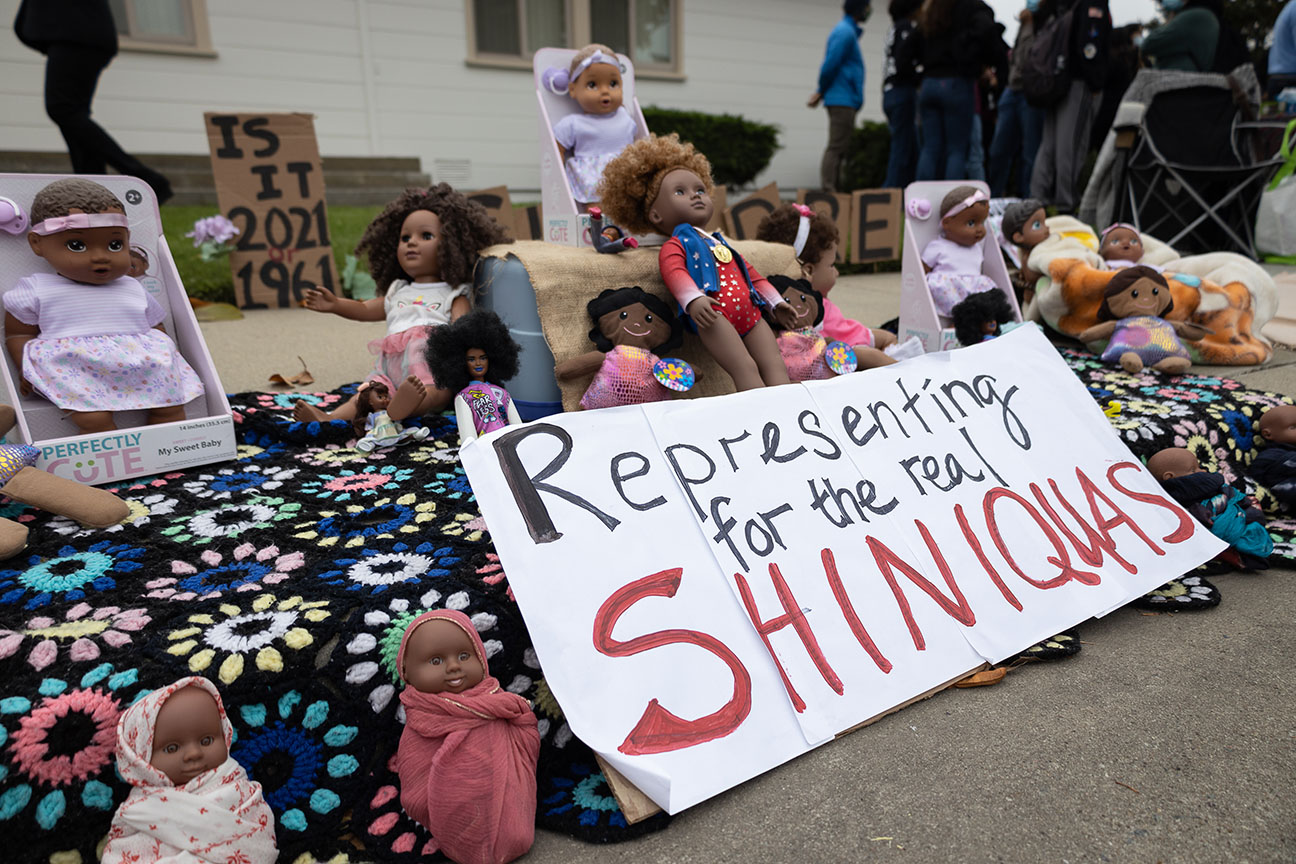 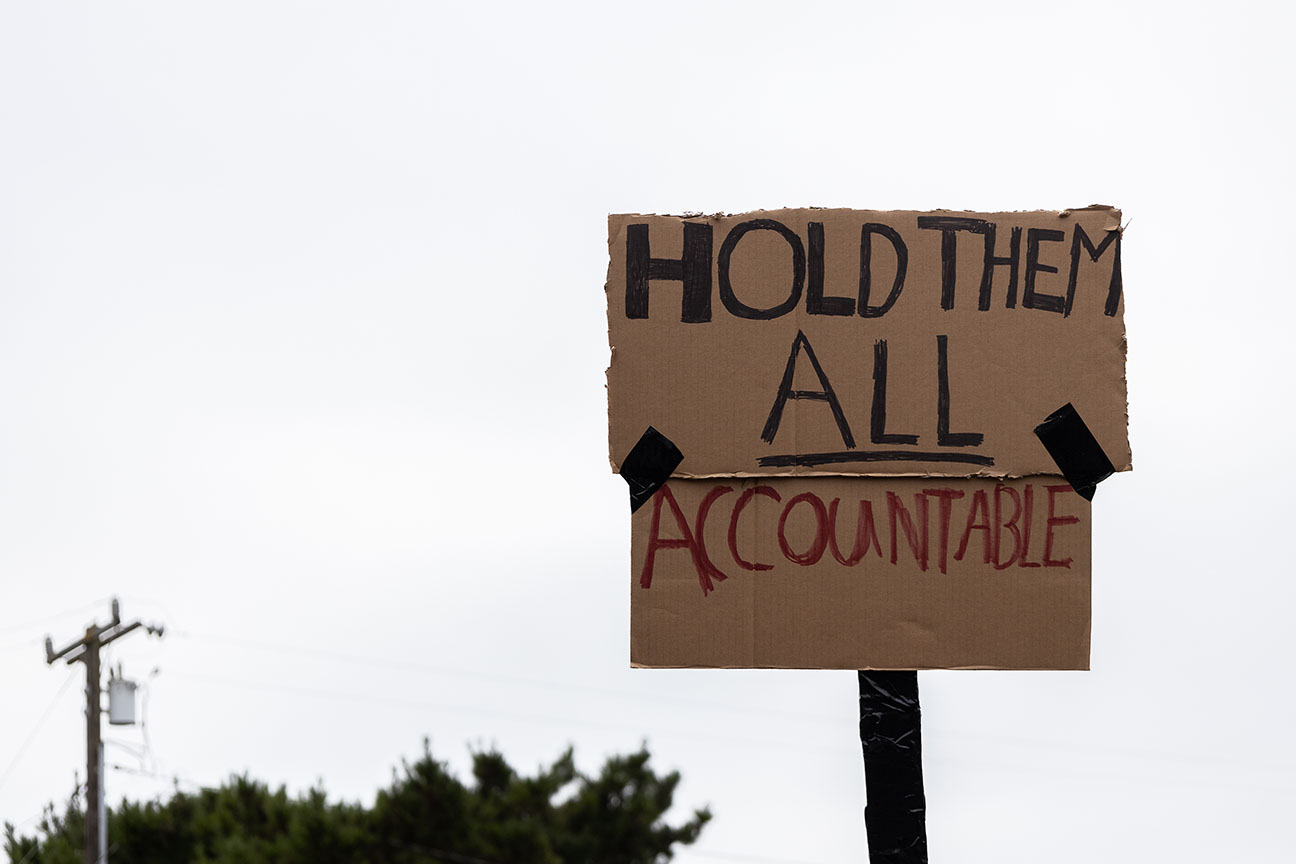 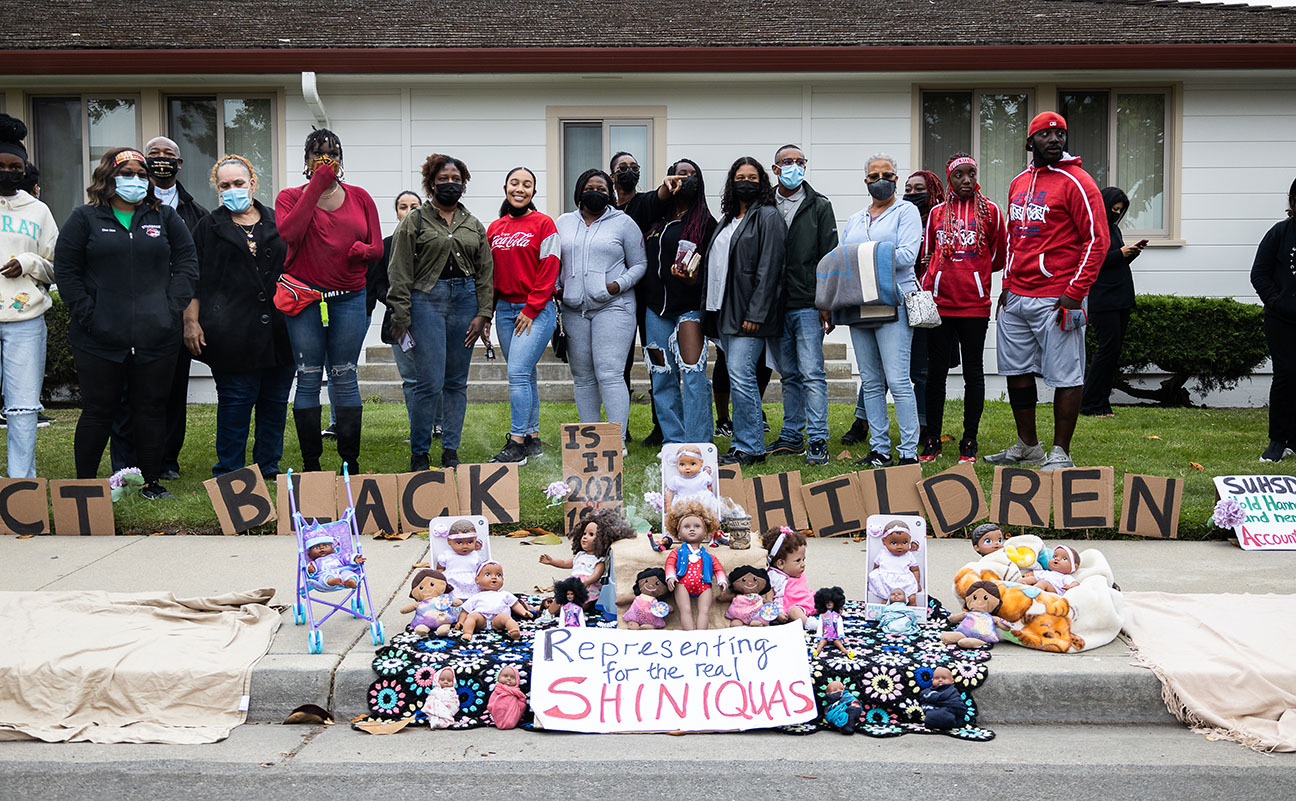 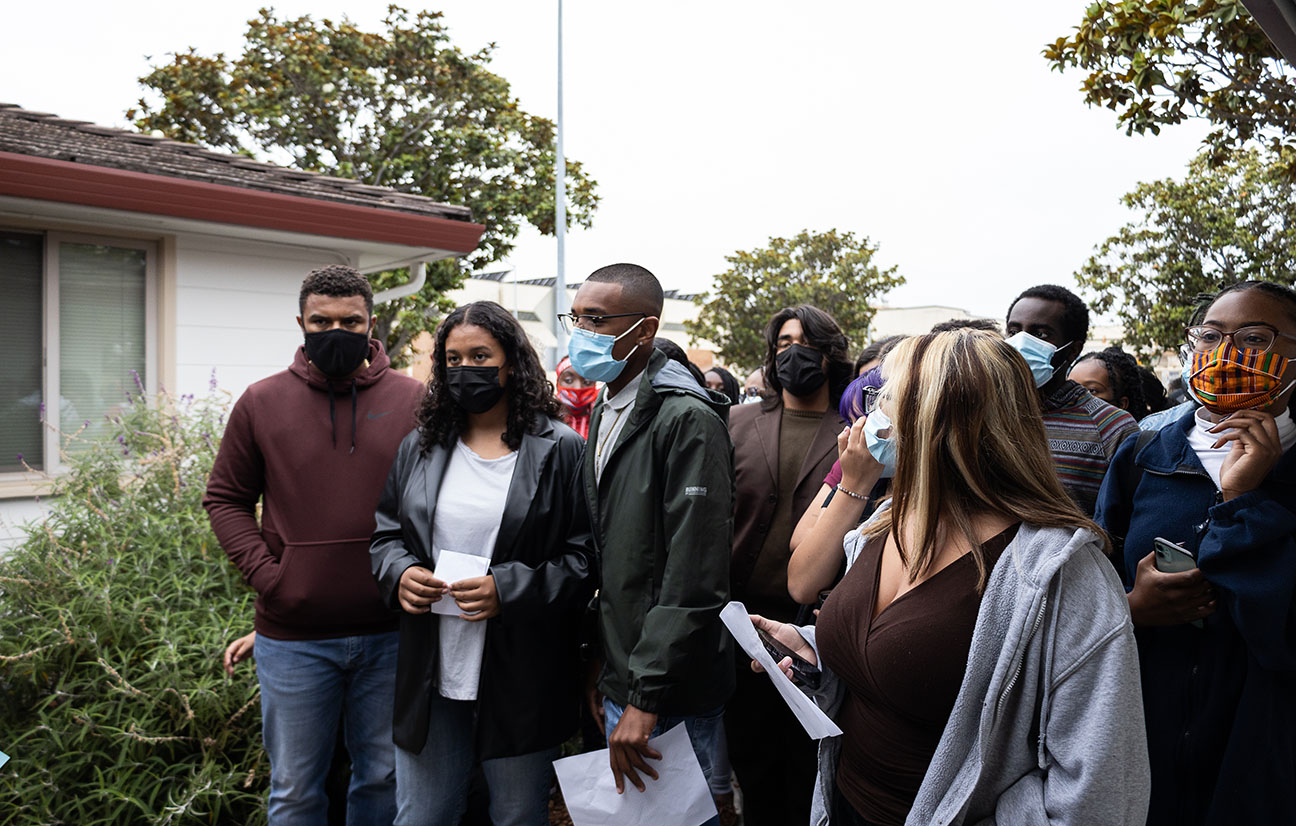 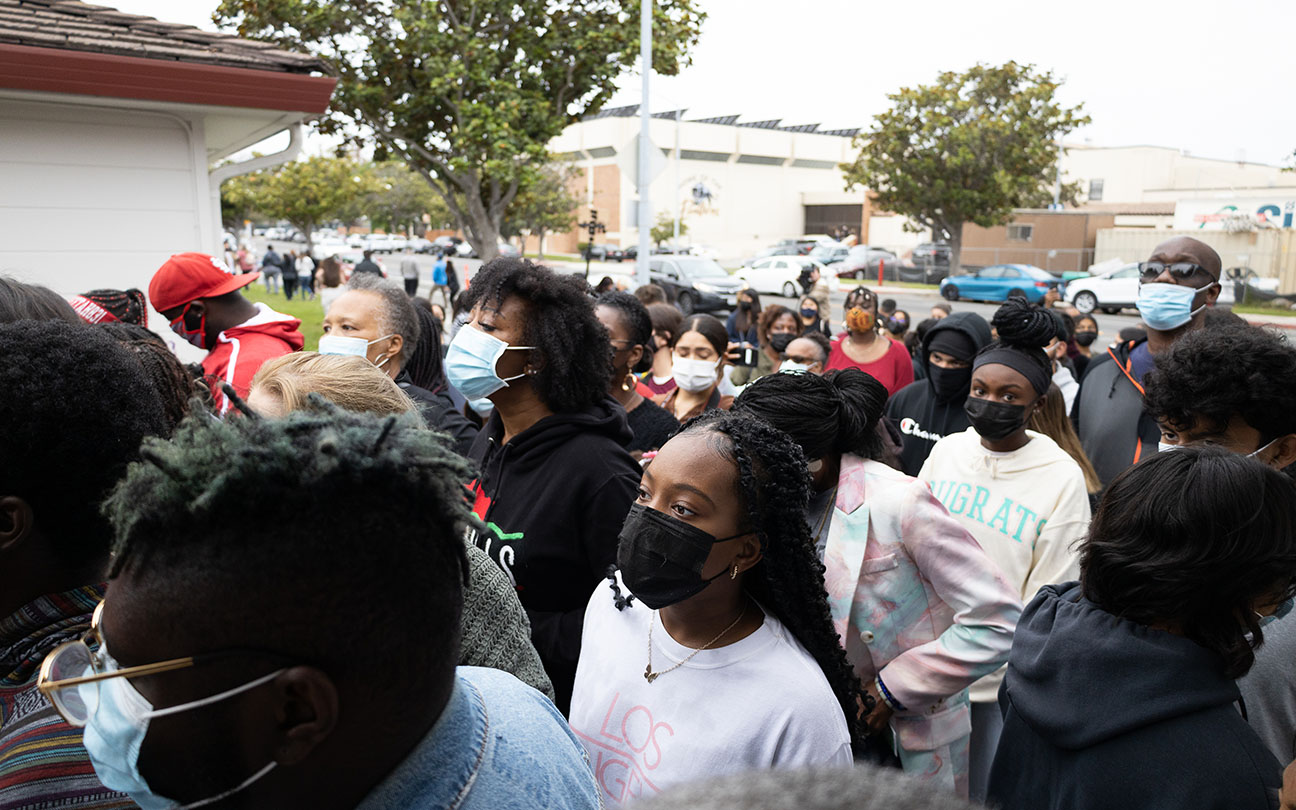 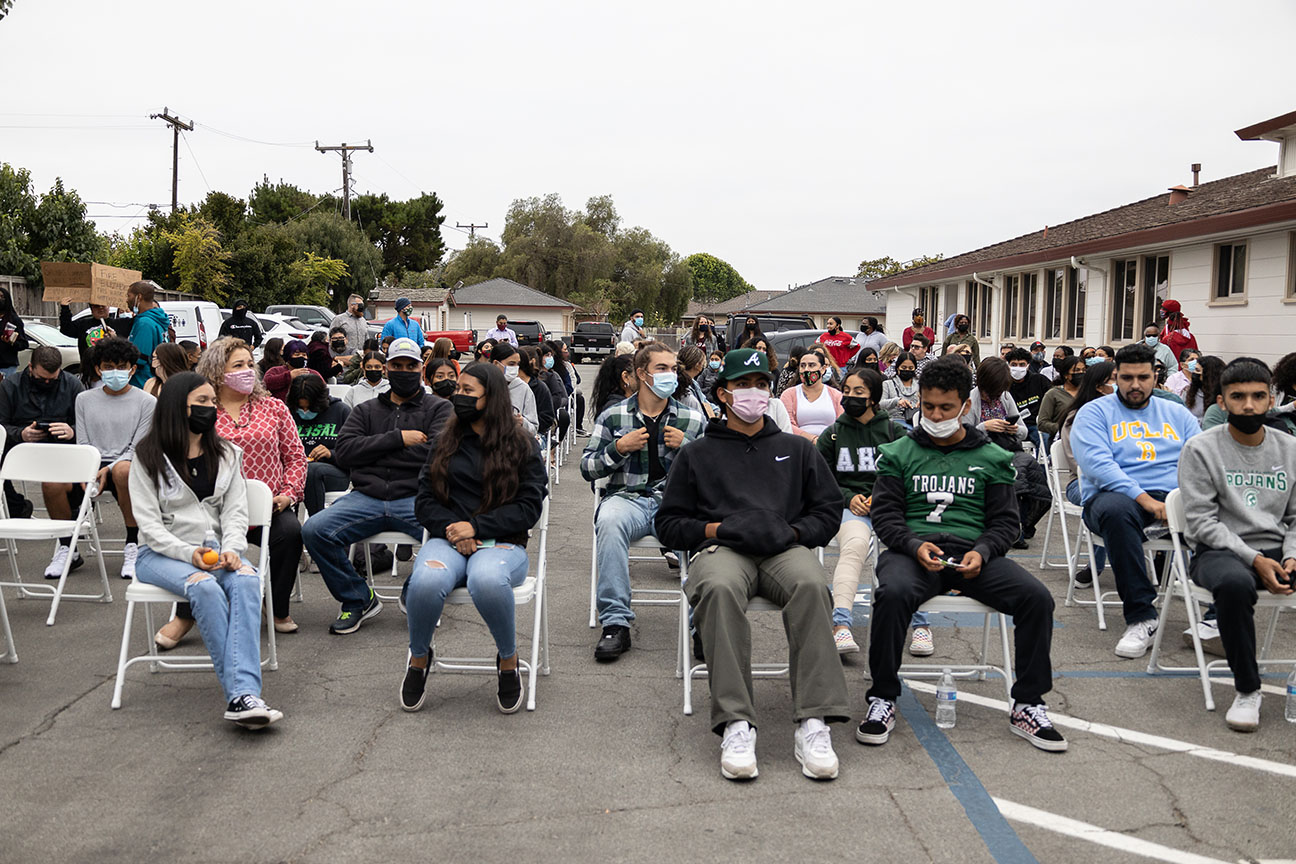 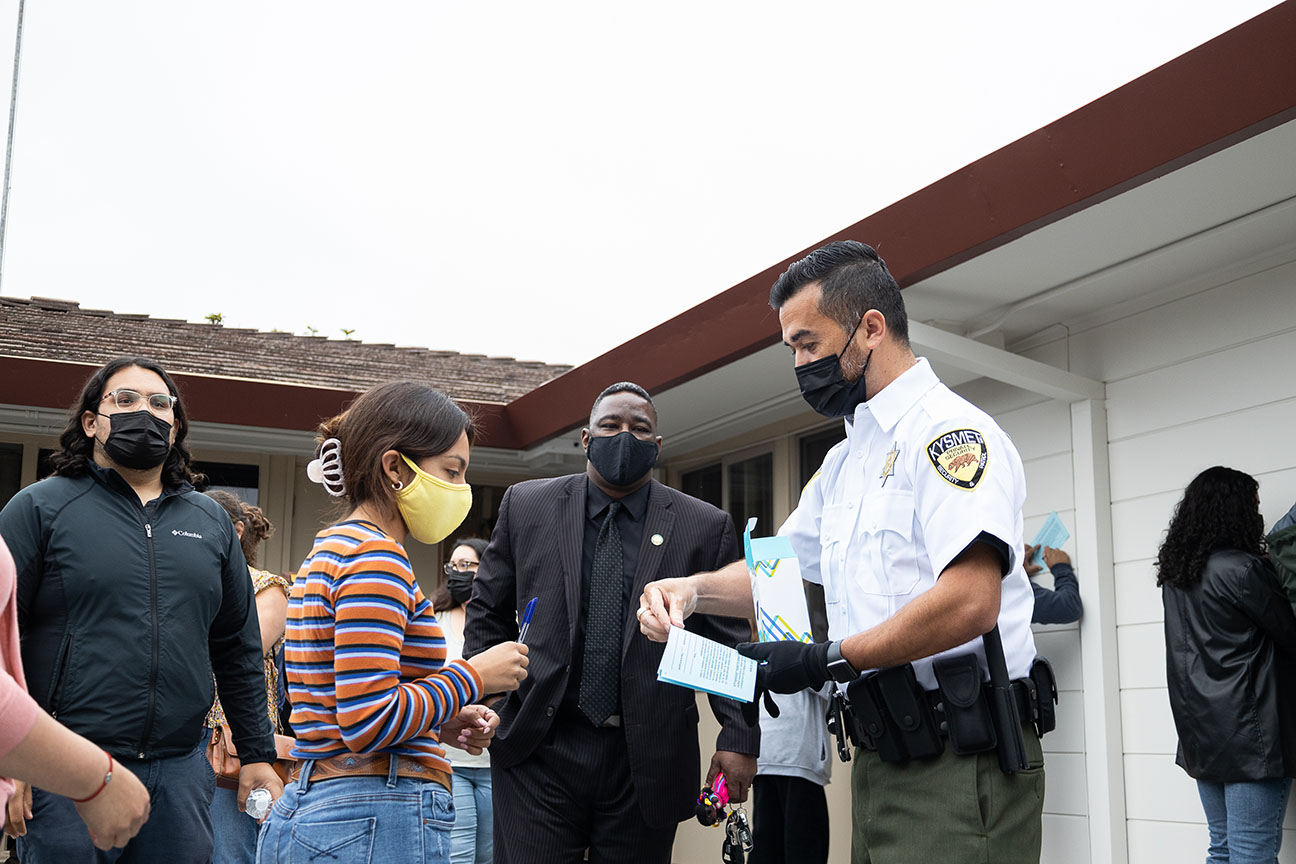 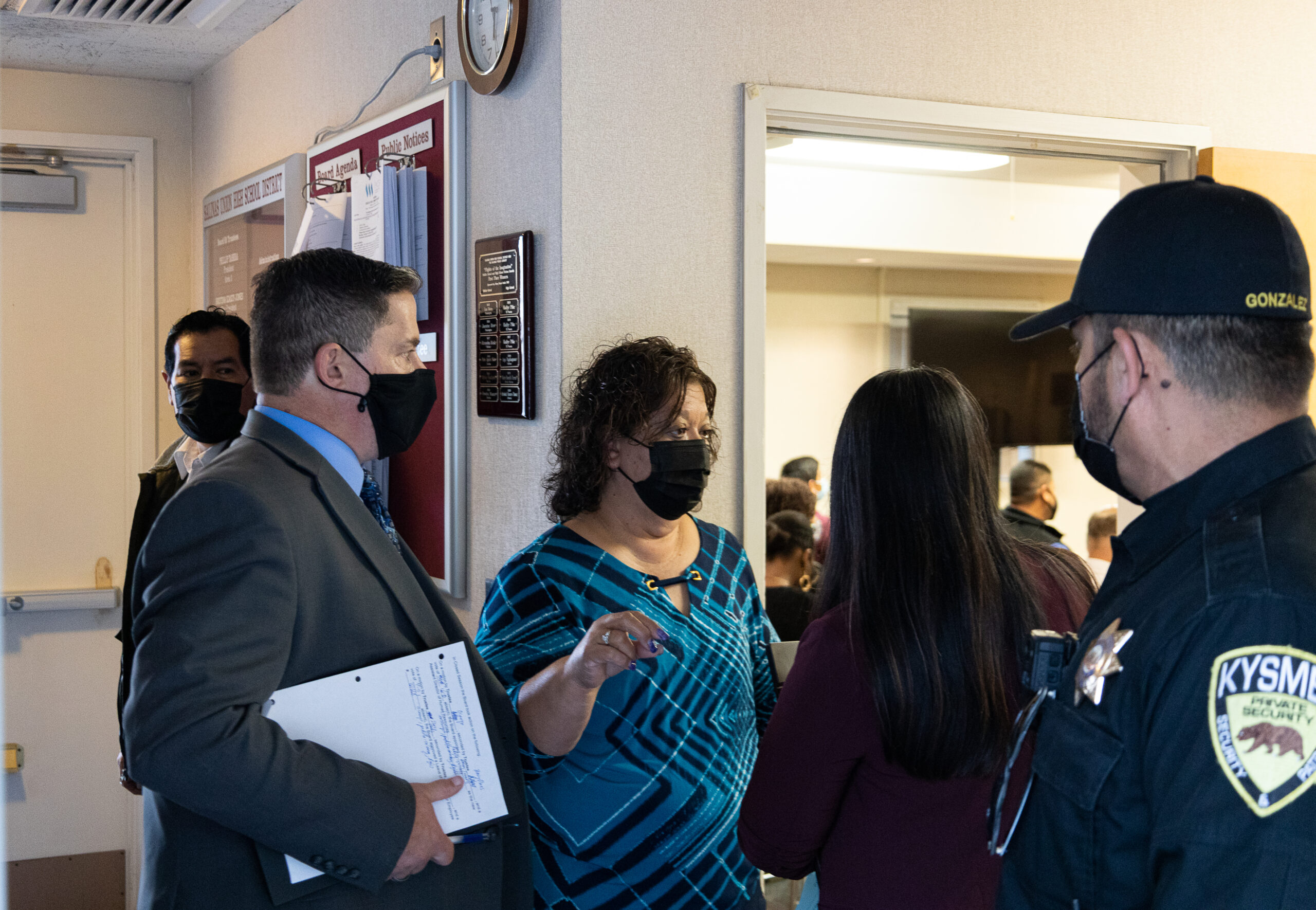 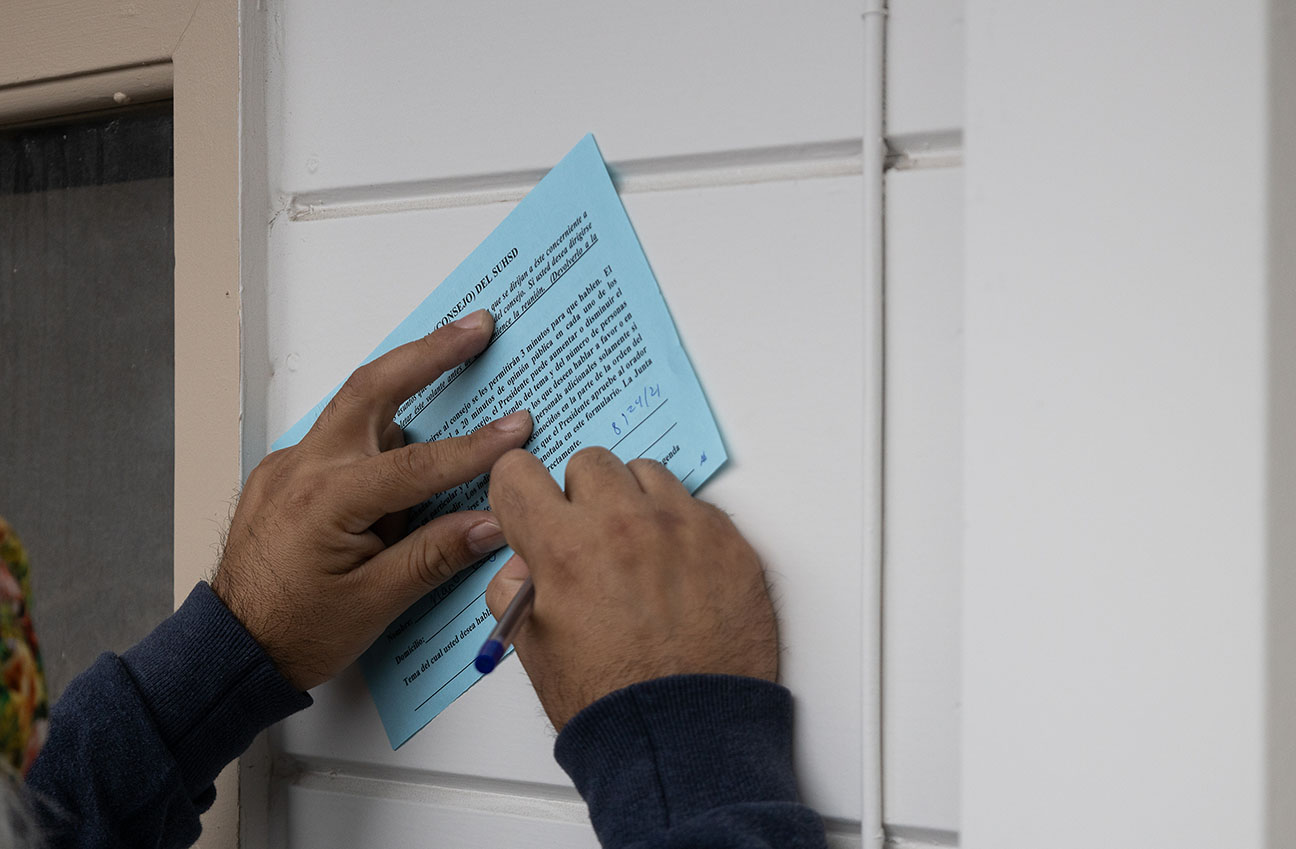 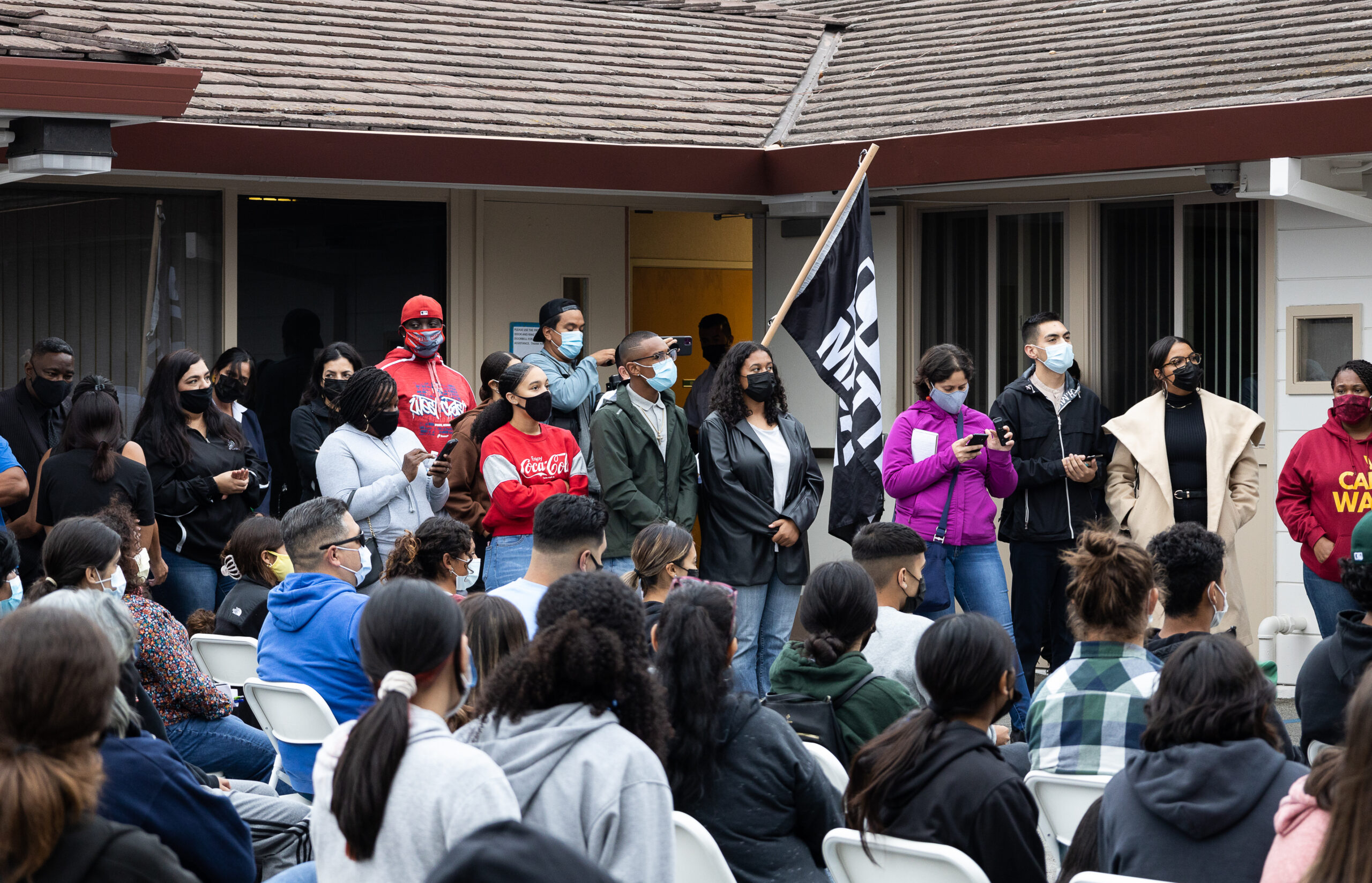 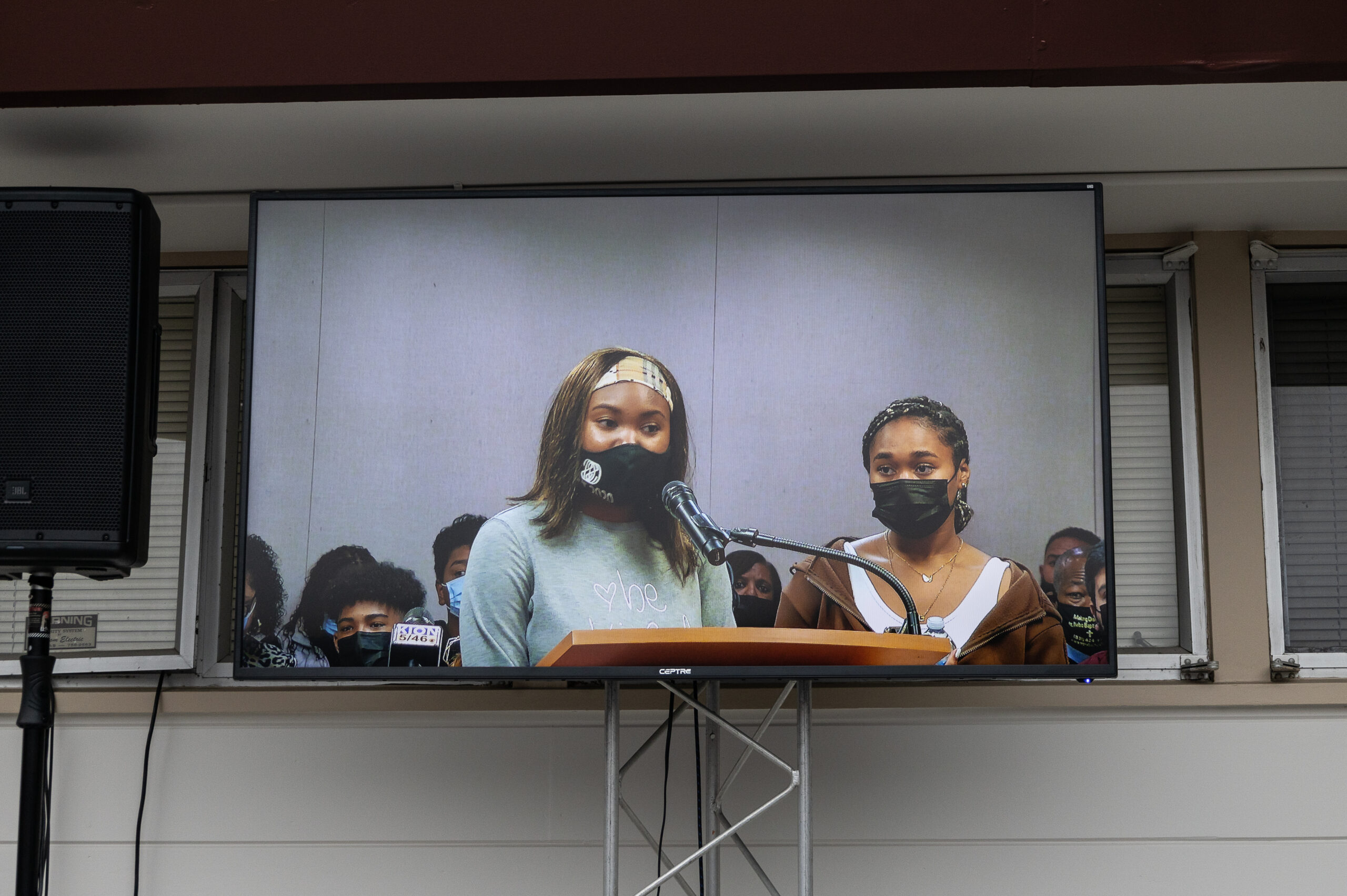 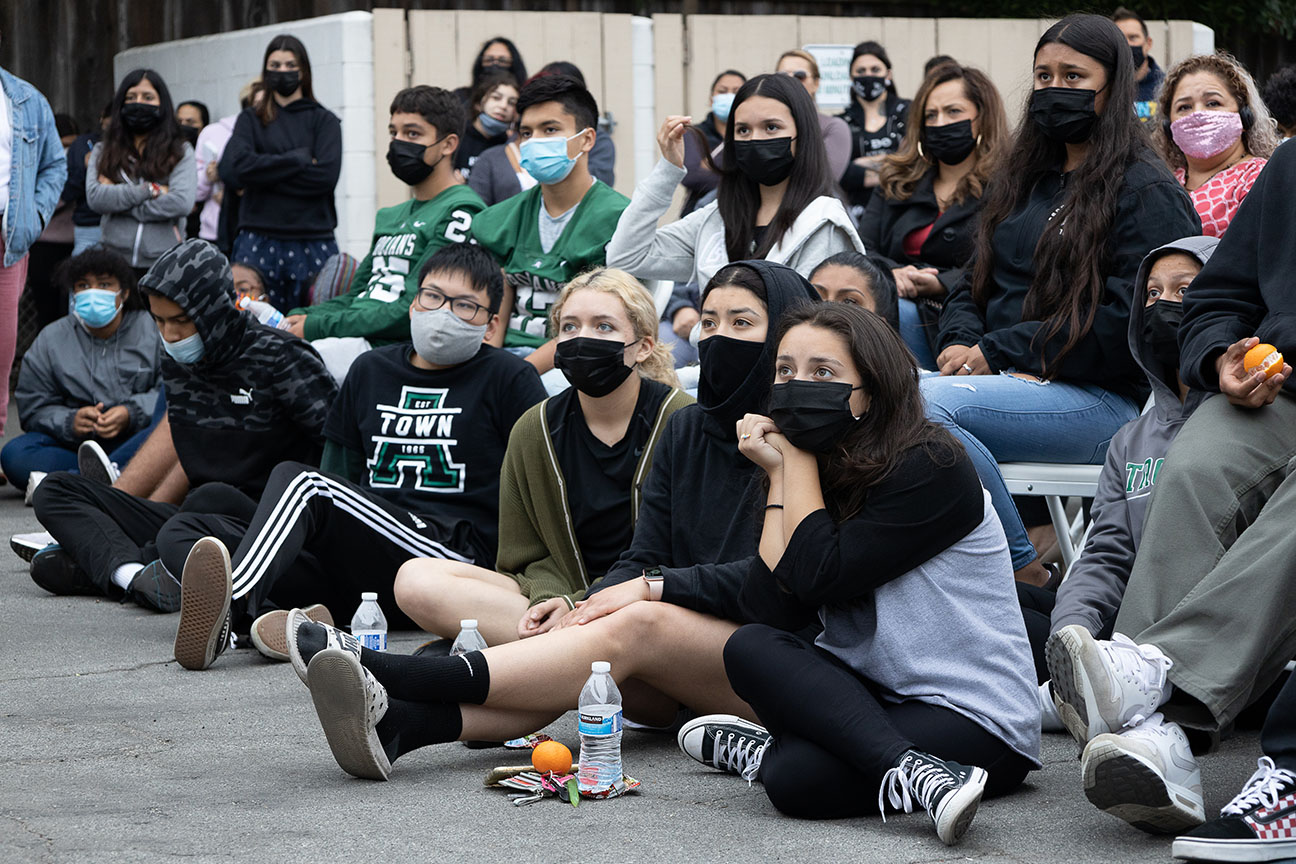 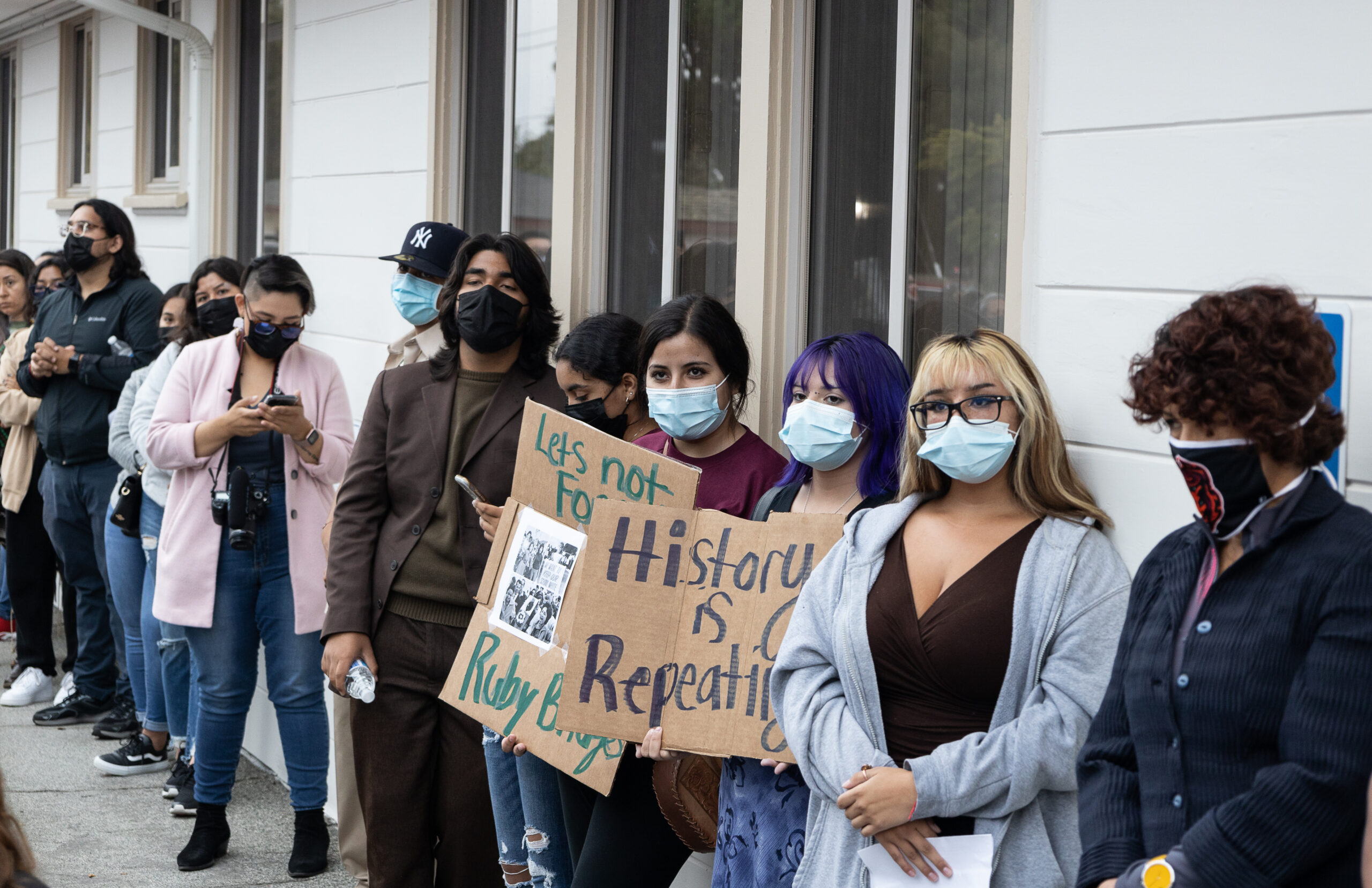 ‘The investigation into the anti-black racism incident at Salinas High School has resulted in disciplinary action for those who were directly responsible for both the doll and the social media account that is at the root of this situation. Also, students who were confirmed as knowingly being involved in the offensive content who were also members of student body groups or athletic teams may have also been removed from those activities as a result of their actions. California Ed Code prevents the District from revealing the specifics of the disciplinary action handed to these students as well as the names of those disciplined.

“New facts have developed in the past 48 hours that require us to pursue more information. Thus, our student investigation will continue and we will alert the public when the investigation is fully complete.
The District is moving forward in its partnership with a third-party investigator to protect the integrity of our handling of this matter. The investigator will review all aspects of the school’s investigation into students participation and resulting discipline.
“The third-party investigators will also cover all aspects of any employee involvement in the incident. It will also give an assessment on Salinas High School administrative response and conduct before, during and after the incident.
“We understand that the public is seeking more answers about all of the involved parties and the punishments doled out. We will update the public directly when there is new information to report.
As we move forward, we also remind the community that this issue stems from anti-black racism perpetuated by individuals from various ethnicities. We want to remind the public that student safety is of the utmost importance.
“We take serious issue with any threats against all students, regardless of their involvement in this incident. We also understand that this can create charged emotions and trigger unresolved trauma for students who are witnessing this. We will continue to offer counseling support for students and staff who are dealing with mental health wellness issues as a result of this incident.”

Karen Dorantes is a senior at Rancho San Juan High School and a two-year participant of the Young Voices Journalism Project sponsored by Voices of Monterey Bay.