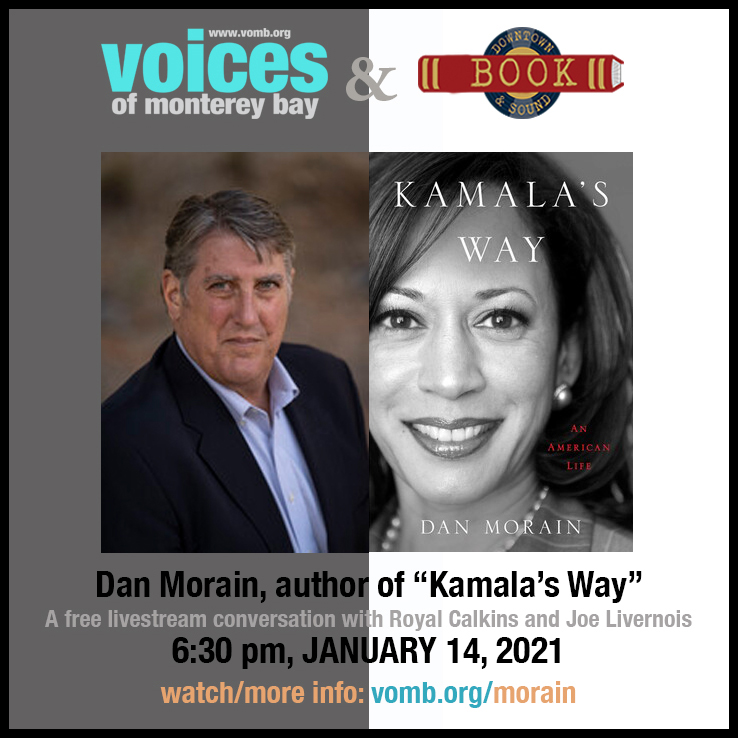 Journalist Dan Morain will discuss his book, “Kamala’s Way,” during a free streaming event sponsored by Voices of Monterey Bay.

The biography is a “revelatory biography of the first Black woman to stand for Vice President, charting how the daughter of two immigrants in segregated California became one of this country’s most effective power players,” according to its publisher, Simon and Schuster. “Kamala’s Way” will be published Jan. 12, only eight days before Sen. Kamala Harris is inaugurated.
Morain is a former Los Angeles Times reporter who worked the statehouse for many years before taking a position as the editorial page editor for the Sacramento Bee. He recently retired as an editor of CalMatters.
Joe Livernois and Royal Calkins will co-host the event from Downtown Book and Sound in Salinas, where the book will be available on Jan. 12. The event is FREE.