Rates of COVID-19 infection in California prisons are much lower than those of their federal counterparts, suggesting the state’s containment efforts may be helping keep numbers low.

Feared statewide COVID-19 clusters in prisons are so far centered in Southern California, and watchdog groups say the state Department of Corrections and Rehabilitation has been “doing a pretty damn good job,” as one prison reform activist put it.

The Monterey Bay area’s two state prisons have so far largely been spared from infection. Only one employee at Salinas Valley State Prison in Soledad has tested positive as of late Thursday, and none at the adjacent Correctional Training Facility. The Salinas Valley employee has recovered and returned to work, the CDCR reports.

No inmates at either facility have tested positive. It appears that CTF took precautions early — such as feeding inmates in their cells instead of the chow hall — which other prisons are only now undertaking. The California Institution for Women in San Bernardino County, for example, is currently experiencing an outbreak and is just now instituting in-cell meals.

Gov. Gavin Newsom’s revised May budget, announced Thursday, isn’t cutting the CDCR’s proposed allotment of $13.4 billion, despite a reduction in the prison population of 5,443 inmates since the pandemic started.

Overall, even some longtime reform advocates acknowledge that compared to federal prisons — where 2,322 of the federal Bureau of Prison’s 138,954 inmates have tested positive and 52 inmates have died — the state prisons’ contagion levels have been comparatively lower.

“Stopping visiting early on was probably the best thing they did as far as controlling the virus,” said Vanessa Nelson, who runs Life Support Alliance, an advocacy and educational group for life-term inmates. Nelson says she’s received lots of emails from distraught families since visiting was halted on March 11, asking when it will start up again. She says she tells them, “Better a late visit than a late husband.” She asks them to be patient and reminds families of conditions a decade ago when many California prisons were routinely locked down for six months or more after fights or stabbings. 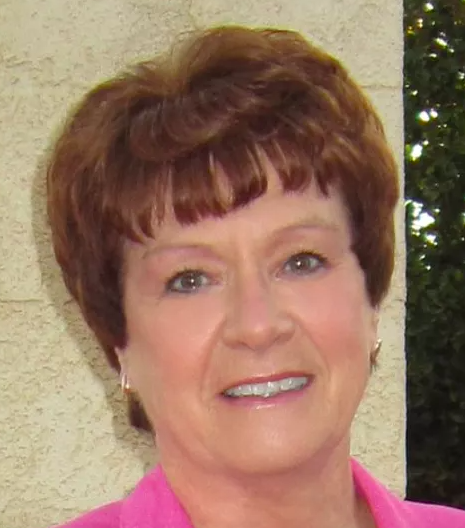 These containment measures certainly don’t mean the coronavirus isn’t in our prisons and spreading. So far, there have been 539 confirmed cases among the state’s prison population of 117,114. In addition, 187 staff members have tested positive.

Still, at this point California’s confirmed positive numbers are 75 percent lower than federal prison totals, even though their inmate populations are similar in size.

Five California prison inmates have died, all of them from the California Institution for Men in Chino, which is where the system’s largest cluster remains. California State Prison in Lancaster, Los Angeles County, is running a close second in terms of infected inmates and staff, but there have been no deaths there.

Interestingly, the federal prison with the most confirmed COVID cases in the country is in nearby Lompoc, where 882 inmates have tested positive, though none have died.

It isn’t clear how many state prison inmates are being treated in outside hospitals. CDCR press secretary Dana Simas told Voices that hospitalization information is not being released by California Correctional Health Care Services, the entity that administers health care within California prisons.

Attorney Michael Bien, an attorney behind the long-running Coleman and Plata federal lawsuits that have reformed health care and eased overcrowding in the state’s prisons, is still concerned. “It’s a public health crisis,” Bien told Voices recently. “If they don’t reduce the population significantly, it’s going to be a disaster.”

But it’s unclear if those numbers might be skewed by how much testing has been done per capita in each of those locations. California prisons are just starting to ramp up testing after the alarming clusters emerged in the southern part of the state. 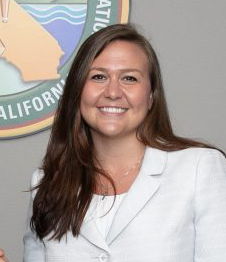 So far, 2,964 California prisoners have been tested, according to the state. And while the CDCR’s infection rate appears high compared to the rest of the country, that may be partly attributed to its higher testing rates. The department’s number of tests per 1,000 people is 24.8, while California’s is 20.5. The overall U.S. testing rate is 23.6 per 1,000.

A number of inmates have complained that staff aren’t wearing required masks all the time. The department’s prisoner-staffed Prison Industry Authority, which sews inmate uniforms, has been cranking out cloth masks for weeks now, but not all prisons have enough of them yet. The prisons in Soledad were supplied fairly early on because one of the mask-making workshops is at CTF.

As of Friday, Simas said, all state prisons should be supplied with five reusable cloth masks per inmate and three per staff member, who are also allowed to bring in their own.

Nelson says it’s important for staff to mask up, since they’re the ones bringing coronavirus into prison from outside, and they’re also likely to spread it amongst themselves and back to their families.

“That is the way it came in, through staff,” she said. “Not intentionally, but now it’s community-spread. It goes both ways.”

Simas said any employee not complying with the rules is subject to discipline.

The department also raised some hackles recently when it removed many inmates’ CPAP machines, which help patients with sleep apnea get more oxygen at night.

“The decision to remove the CPAPs from the population was made by multiple medical experts within our system, and the Federal Receiver who is appointed to oversee health care within the California state prison system,” Simas said. “Those within the incarcerated population who use CPAP machines were asked to surrender the power cord due to short-term efforts to address COVID-19 by limiting the potential spread of aerosolized particles, particularly in the dorm settings where there’s a potential for exposure of a large group of people.”

She said some inmates “deemed medically-critical” can still keep their CPAP machines.

The department updates inmate and staff infection numbers daily, and has created multi-page charts to show testing levels and other data.

Nelson said that while the charts were confusing at first, she’s pleased the data is forthcoming. She’s been fighting since the pandemic started to get more information to worried families. “We’re not asking you to open the doors, we’re just asking for more information,” she said.

There have been reports in other prison systems around the country of inmates not reporting symptoms because they’re afraid of being put in further isolation. Nelson says she’s heard from families that their loved ones might consider doing this here, an attitude she finds shocking, especially from inmates who think they have a shot at getting paroled someday.

“That is the most anti-social statement you can make. You’re still not putting the greater good ahead of yourself. I would rather have you in quarantine than in a hospital or coming home in a pine box.”

Her advice to both staff and inmates is the same: “Wear your damn mask. You should care enough about yourself, your family and your communities.”

“All in all,” she says, California prison officials are “doing a pretty damn good job and that’s not something I say lightly after working on this for 25 years.”