The first Watsonville Film Festival in 2012 was also supposed to be the last — a one-off party to showcase the talents of a growing gaggle of homegrown filmmakers.

But the tight knit Central California community threw a wrench into those plans, selling out the very first event at the city’s 700-seat Henry J. Mello Center for the Performing Arts with people who were gobsmacked by what they saw.

“They were watching their own stories, recognizing the people they were seeing on the big screen,” remembered executive director Consuelo Alba, who co-founded the celebration with her husband, John Speyer, and their friend, Jacob Martinez. “We kept hearing people say, ‘Oh my god, I know that person! Wow, that’s my uncle! This is my story! This film is talking about who I am!’

“That’s when we realized we had to continue – we had to do this again. What’s happening here is far too important,” she said. “We really didn’t intend to do it every year, but it was embraced by everybody in the community and it grew organically.”

An early highlight was the second year of the festival, which included a 25th anniversary celebration of the film, “La Bamba,” which told the story of rock-n-roll star Richie Valens, whose relatives are Watsonville-area residents.  Legendary playwright Luis Valdez, who wrote and directed the movie, made a special appearance.

This year’s Watsonville Film Festival, the eighth, is scheduled March 12-15, and it will be much bigger than the original. It will be screening 20 Latinx films — short and feature length, some locally made, others nationally celebrated — many of which will be presented to the audience by the filmmakers themselves, who will participate in post-film Q&As.

The 2020 festival will be teeming with enthusiastic volunteers and independent film-industry professionals. This year’s 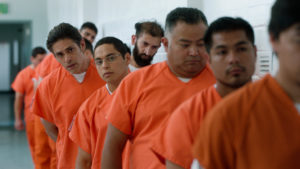 films will be shown Thursday through Saturday at the Watsonville Woman’s Club at 12 Brennan St., followed on Sunday by a community reception, with an art exhibit presented by the Pajaro Valley Art Gallery.

Opening night on Thursday, March 12 will feature a classic 1976 film (digitally restored in 2018) called “Chulas Fronteras” (“Beautiful Borders”), a story told through the eyes of people who have lived for generations on the U.S.-Mexico border. Filmmaker Maureen Gosling, who worked closely with director Les Blank , will be on hand to interact with the audience afterward. Juan Antonio Cuellar — Head Digitizing Engineer of the Arhoolie UCLA Frontera Collection — will spin vinyl records from this classic border music collection for dancing.

Friday will feature two programs – a series of short films, followed by the screening of “Bakosó: Afrobeats of Cuba,” a powerful film about the influence of African music in Cuba. Filmmaker Eli Jacobs-Fantauzzi is expected to attend. for a Q&A, and a dance will follow, featuring African-Cuban “bakosó-style” music.

Saturday’s program will be highlighted by “We Are The Radical Monarchs,” a film profiling a new youth group dedicated 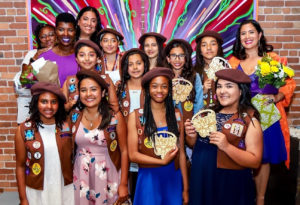 We Are the Radical Monarchs

to girls of color (created as an alternative to Girl Scouts of America) with an emphasis on social justice, body acceptance, LGBTQ rights, and similar issues. Co-founder Anayvette Martinez will be there for a discussion afterward.

“El Sembrador” (“The Sower”), to be presented by Mexico City-based director Melissa Elizondo, tells the story of a teacher who expands the concept of education beyond books and classrooms for his students in this remote community in Chiapas, Mexico.

The program will close with “The Infiltrators,” a Sundance Film Festival Audience Award winner based on the true story of DREAMers who infiltrated a for-profit immigrant detention center to inform detainees about their rights and help them regain their liberty. Filmmaker Alex Rivera will be present to field questions.

Many of the locally produced films at the festival are created by students from CSU Monterey Bay and UC Santa Cruz. Most of the films in the festival address issues that are relevant to the local population, which is largely Latino.

“This is more important than ever because we tend to see negative stereotypes about Latinos through the media,” said Alba, a Mexico City native who was trained as a journalist. “This is our opportunity to present our own perspectives. The film medium is a very powerful way to present complex stories and engage people in meaningful dialogue. That’s why we’re so passionate about the work we do.

“Our festival celebrates diverse voices, and brings in films that you don’t see anywhere else in this region, from local filmmakers as well as award-winning directors,” she said.

Additional information and schedule updates can be found online at watsonvillefilmfest.org.