The backyard at the Henry Miller Memorial Library has attracted an astonishing parade of rock acts over the years. Arcade Fire. Lucinda Williams. John Doe. Ryan Adams. Fleet Foxes. Modest Mouse. The Flaming Lips. It’s a sweet venue, but it’s a bit small for the likes of the arena-friendly Red Hot Chili Peppers.

So the appearance by RHCP on the Henry Miller stage on July 27, 2011, was purposely on the down-low. The show featuring the comeback of one of the biggest acts on the planet was a big secret. You had to be somebody to be there. Big Sur would have been flooded with fans demanding entry to the bucolic little venue had the world known it was happening. Only 300 folks were invited, and many of the invitees were not told who they’d be seeing until three hours before the concert.

Oh, and the show was free. For the most part, attendance was limited to friends and family, though certain local rock VIPs and important rock journalists were allowed in. (Note: I’m no longer bitter about not getting an invitation. Not anymore.) 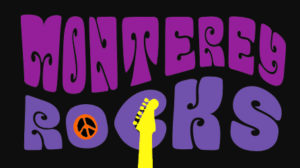 The show reeked of historic significance. RHCP had not toured in four years and the Big Sur performance marked the band’s live debut with new guitarist Josh Klinghoffer. The group had taken a hiatus after their exhausting run following the success of “Californication.” Band members worked on personal projects; Flea even took music appreciation classes at the University of Southern California while working on a solo instrumental EP called “Helen Burns.”

Formed by classmates at Fairfax High School in Los Angeles in 1983, the band created what the Rock and Roll Hall of Fame described as “two of the defining albums of the Nineties, including ‘Blood Sugar Sex Magic’ and ‘Californication.’ ”

RHCP was inducted into the Hall of Fame in 2012, but a year earlier Flea, the band’s frontman who has a house in the area, got the band back together and personally set up the show in Big Sur. The Henry Miller Library performance was one of three invitation-only warm-up dates in California before the release of the band’s 10th studio album, “I’m With You.” Writers from the Rolling Stone and SPIN magazines were invited to Big Sur for the RHCP performance.

The show got off to a shaky start, though the improvisation required to plow through the performance provided a unique charm. “We lost the stage lights,” remembered Magnus Toren, executive director of the Henry Miller Library. “Flea asked everyone to light the show with their phones … looked great.”

“The effect, until the stage lighting was fixed, was like a rock & roll campfire party,” wrote Dan Fricke for Rolling Stone. “The band was literally playing in wilderness conditions.”

“The coziness was the real draw,” according to rock journalist Chris Martins, writing for SPIN. “At one point the guys took turns playing parts for a new single, ‘The Adventures of Rain Dance Maggie’ to Flea’s 6-year-old daughter, Sunny Bebop Balzary, as she danced on the edge of the stage.”

Added Martins: “The air smelled green and felt damp. It was a surreal space for the band’s iconic funk-punk … The sylvan wonderland seemed an odd place for slam-dancing, but a devoted few gave it their all from the grass in front of the band, while the rest rocked, rapped, and thrashed along a bit more quietly.”

Mac McDonald, former features editor at the Monterey Herald, was among the handful who had an engraved invitation to attend. The band mostly played the songs on “I’m With You,” McDonald says, and it also sprinkled in a few classics. “But they could have played the phone book and we would have been delirious,” said McDonald. “We just kept asking each other ‘Is this really happening?’ A magical night.”