Responding to the dire challenges faced by local news, U.S. representatives are launching bills to protect local news outlets and “to recognize the vital role that local journalists play in promoting good governance and accountability.”

A resolution to “save local news” was introduced this week by U.S. Representatives Diana DeGette (D-CO), Mark DeSaulnier (D-CA), Zoe Lofgren (D-CA) and Jamie Raskin (D-MD). You can read the resolution here.

The bill comes on the anniversary of the Denver Rebellion, when The Denver Post published a six-page editorial section decrying severe staff and resource cuts by Alden Global Capital. Alden is the hedge fund that owns the Digital First Media newspaper chain, which includes the Monterey Herald, the Santa Cruz Sentinel and the San Jose Mercury News. NewsGuild data show Alden has cut its workforce at twice the national rate, stripping newspapers of their buildings and assets while gutting newsrooms and leaving many communities with little to no coverage.

Soon after the Denver Rebellion, DFM news workers across the country took to the streets in protest, garnering national headlines and spurring alarm and debate over the fate of local news.

“This massive decline in the number of reporters covering our local communities is not just happening in Denver – it’s happening all over the country,” DeGette said. “And it’s threatening to have real, tangible impacts on our communities.”

For example, she said, the number of full-time reporters covering the Colorado state Legislature has dropped 35 percent since 2003.

“While the reporters who remain continue to provide an invaluable service to our communities, they can’t do it all and, as a result, certain stories will simply go unreported,” DeGette said. 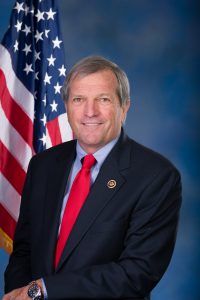 DeSaulnier, who represents the district where the now-defunct Contra Costa Times was shuttered by Alden, said the resolution was the kickoff of a long-term legislative strategy aimed to address the crisis in local news.

“When the Contra Costa Times got sold to McClatchy and Knight-Ridder, we were all very happy,” he said. “Then it went to Alden-Digital First, which led to its demise.”

As part of this initiative, Rep. David N. Cicilline (D-RI), chair of the House Judiciary Antitrust Subcommittee, and Doug Collins (R-GA), ranking member of the Committee on the Judiciary, on Wednesday introduced the bipartisan “Journalism Competition and Preservation Act.” It’s modeled after laws protecting the music industry and would allow normally competing news groups to band together to negotiate fair compensation from social media outlets for use of news content.

In addition, DeSaulnier is preparing a bill to extend tax exemptions for publication of “written news articles,” making it easier for nonprofit news organizations to collect ad revenue without being taxed for it.

Thank you to @davidcicilline, @RepZoeLofgren & @RepDianaDeGette for joining me on the House floor tonight to share the dangers of the disturbing decline of local news coverage. We must ensure that journalism remains a bedrock of our democracy. #SaveLocalNews pic.twitter.com/1yXZa1Vlp0

The resolution to protect local news was introduced the same day Alden Global Capital issued a press release furthering its hostile takeover attempt of Gannett, the nation’s largest newspaper chain. Alden, which owns 7.5 percent of Gannett’s shares, is pushing its own board slate and gearing up for a battle at Gannett’s annual shareholder meeting on May 16.

“Fighting for Gannett board seats was not our choice,” Alden’s press release said. “We had even offered to stand down from this proxy fight if the board would engage with us. But they refused.”

Gannett’s board has unanimously rejected Alden’s takeover offer of $12 a share and urged shareholders to shun Alden’s slate, saying the hedge fund has a history of “engaging in transactions that have destroyed value while lining the pockets of Alden and its affiliates … Your board believes that (Alden’s) nominees are being put forward simply to advance Alden’s goal: to enrich itself at the expense of Gannett’s shareholders.”

DeSaulnier, however, has also called out Gannett’s board chair, reminding him of newspapers’ “social responsibility.” In a March 26 letter, he, Lofgren, Raskin and Rep. Ed Perlmutter (D-CO) expressed “deep concern” about the 400-plus layoffs recently announced by Gannett.

DeSaulnier also put together a “Saving Local News Working Group” and is asking constituents to send along their own ideas for sustaining local media outlets.

“I watched what’s happened across the country,” DeSaulnier said, adding that he and Cicilline now consider this their priority. He said this week he and Cicilline were discussing current issues when they realized journalism was perhaps the most important, “because how are we going to know what’s happening with health care without news reports?”

Or as Tim Haddock, an assistant editor at DFM’s Southern California News Group recently Tweeted: “First they came for the journalists. We don’t know what happened after that.”

NOTE: A version of this story also appears on the NewsGuild website DFMworkers.org.

Letter: Thanks for local news story