Nearly two dozen Salinas Fire Department paramedics face investigation and disciplinary action amidst allegations they faked continuing education credits required by both the county Health Department and the agency that regulates emergency medical services in the state of California. The county also alleges that Salinas Fire Department management falsely verified and signed off that those 23 paramedics had completed their annual paramedic skills verifications when they hadn’t.

In a letter sent April 11 to Salinas City Manager Ray Corpuz, a copy of which was obtained by Voices of Monterey Bay, county Emergency Medical Services Director James Stubblefield, M.D., and EMS Director Michael Petrie called the action by SFD management “deliberate” and said it circumvented the EMS Agency’s checks and balances system to assure that paramedics are capable and competent to perform the most difficult skills in the field.

As a result, the county says it will revoke Salinas’s Fire Department Paramedic Service Provider Agreement by June 15, unless the city agrees to a plan of correction that includes a self-audit of its processes and emergency-services programs and increase in oversight. The city will also be required to provide all fire department personnel at least eight hours of ethics, documentation, personal responsibility and patient advocacy training; provide the county with full access to documents and records in a comprehensive audit; and cooperate fully with all investigations.

Paramedic services would continue to be provided by AMR, which also has a contract with the county.

If the revocation takes place, the Salinas Fire Department will be forced to remove the designation “paramedic” and “advanced life support” from all apparatus and uniforms, and remove all advanced life support gear from its vehicles. It must also surrender all medication and IV solutions and turn them over to Stubblefield.

The letter states the city fire department committed five transgressions that violated the service-provider agreement it struck with the county. Of these, the most serious allege that paramedics procured false accreditation and that fire department managers “fraudulently” verified the accreditations over a two-year period.

The letter doesn’t offer any details as to how the false accreditation was accomplished, and it’s unclear if the situation affected patient care.

County Health Department spokeswoman Karen Smith said neither Stubblefield nor Petrie would be available to comment. According to Corpuz, corrective action was taken and all of the city’s paramedics were re-tested to verify their skills. However, they still face investigation and possible discipline from the California EMS Authority, which confirmed the investigation and declined further comment.

Interim Salinas Fire Chief Brett Loomis, who took over the job last October when then-Chief Ed Rodriguez left to take the chief’s job in Alameda, said the letter was a gut-punch to him and the entire department. But he also questioned what he called the county’s “heavy-handed” approach in sending the letter without a simple phone call to discuss the issues.

“It’s disheartening because we all want to work for what’s best for the citizens of the community,” Loomis says. “To take heavy-handed action without a discussion and giving us an opportunity to fix it…I was heartbroken. To get hit with such a large blow, it broke our hearts.”

“To take heavy-handed action without a discussion and giving us an opportunity to fix it…I was heartbroken. To get hit with such a large blow, it broke our hearts.” Interim Salinas Fire Chief Brett Loomis

Loomis says the city is currently sizing up the circumstances that led the county to use “that nasty word fraud.”

“If actions were taken not in the best interest of serving the community, then we’re going to take a look at that internally,” he says. “I’ll bring someone in to do an investigation and if someone is found to be at fault, we will take appropriate action.”

Meanwhile, the city has launched an investigation of its own.

“We want to understand completely the situation because it’s a pretty serious charge,” Corpuz says. “I’m asking for records. If we signed verification, what are the records we relied on? We’re also asking the county to give us clarification on the specifics of the violation.

“We’re taking this very seriously,” he says. “I want corrective action so this never happens again.”

The situation began unfolding last November, when county EMS staff requested that SFD Capt. Scott Houchin, the department’s EMS officer, send them training records related to paramedic skills testing and accreditation documents dating back to Jan. 1, 2015. Houchin, according to the county’s letter, couldn’t produce all the records requested and confirmed that paramedics didn’t receive what is called “infrequently used skills” testing between 2015 and 2017. 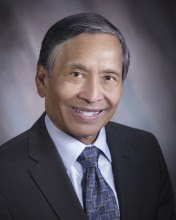 “Competently performing these skills is critical,” the county letter states, “because many of these skills, if performed incorrectly, can have life-threatening consequences.”

While the county initially said it would revoke its services agreement by May 15, Corpuz asked for and received an extension to June 15. He also asked that the county share specific documentation that shows the SFD failed to conduct annual skills testing, didn’t maintain proper records and instances where paramedics falsely indicated on their accreditation forms they completed skills verification.

A series of EMS committee meetings is scheduled to take place starting at 8:30 a.m. May 9 at the county EMS Agency, 1444 Schilling Place, South Building, Salinas.