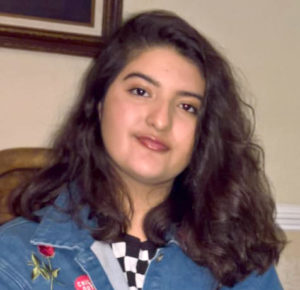 Recent events in Parkland, Florida, resulted in 17 lives lost and another 17 injured after another mass shooting. What happened in Parkland shook the nation, forcing everyone to become aware of the problem that has become a tragic norm in our hometown. Salinas suffers from a socio-emotional malady that manifests itself in our streets and plagues our city.

In Salinas, we are more likely to be victims of violent crimes than the California average. The chance of someone in Salinas to fall victim to such a crime is 1 in 156. Whereas in the rest of California, that chance becomes 1 in 226. Every year families are broken and people are hurt — people die. At times like these words fail to iterate the distress of our community. Instead, sirens fill our silence and replace the life that was just snuffed out. The song of my city should not be a symphony of sirens and shots.

In Salinas, guns are not handled by “lone wolves” looking to “seek revenge.” Our shooters travel in inseparable packs. Blood in. Blood out.

How many more lives must be taken for the population to realize shootings instill accurate fears and often feel like premonitions? So we youth have made it our mission to be the generation to bring into creation the abolition of mass shootings in the United States of America. Although Salinas must remember those we have lost and give them a moment of silence, we cannot stay silent forever. We will honor the fallen with our voice — shout until we are hoarse to prevent any more tragedies born from the abuse of our Second Amendment.

The Second Amendment is the right to bear arms, but many have taken that privilege and deemed it a necessity. People who have taken it upon themselves to exercise their Second Amendment privileges such as Eric Harris, Dylan Klebold, and Nikolas Cruz are the abusers that we youth will no longer tolerate. We will stand up and fight against them. We will fight the NRA and any politicians who benefit from them. We will march and rally — if we have to, we will riot. Youth are coming together to defeat a common enemy, and the enemy is guns. We have taken the torch that will light the way to a future where we don’t have to live in fear of being shot. On March 14, students in Salinas and throughout the nation took to the streets and rallied behind one another with the resolute purpose of disarming the nation.

In Salinas, however, guns are not handled by “lone wolves” looking to “seek revenge.” Our shooters travel in inseparable packs. Blood in. Blood out. Most of the deaths in my city are all clumped together into one giant police report that reads: GANG VIOLENCE.

Salinas’ residents are too scared to talk about this truth for fear of a bullet through their heads. “Wrong place, wrong time,” they always say. City officials have presented the problem for decades, but have made little progress on changing the issue. A gang’s power is determined by fear, and fear is only enforced by its gun power. The gangs in Salinas take our brothers, sisters, and parents. So we try to cope. If we take guns from gangs, we take power from gangs. The adults and the youth must work together to eradicate gun violence. We can’t put Bandaids on bullet wounds that are still bleeding.

My generation will show the world that the arms we need are not the ones the GOP holds so dear. We will use our arms to embrace each other rather than point guns at one another. Our voices will ring out so loud that we will muffle the gunshots we were brought up hearing. We will say “No more guns!” We will not cease. We will be the ones to forge the path to peace. We strive to impact and change this community. What we need to plant in the earth are seeds, not caskets. Seeds whose roots will erect the memorial of the graves they grew around. Roots that will crack the concrete determination of the social stigma behind the silence. Seeds that will flourish into beauty and peace.

We will bring new meaning to the word “firearms,” for “fire” means our passion, and “arms” are what we use to comfort each other, not confront each other. We must take up redefined arms, gather our forces and use our voices as weapons against the oppression of the silence that has dejected us for too long.

To those “too young,” or “too foreign”: you can be heard! Call your local representatives and urge them to pass legal regulations in congress, starting with banning assault weapons from our streets. Then we’ll go after handguns, because it is not enough for our leaders to stop accepting donations from the NRA. At 16, we can pre-register to vote. At eighteen we can vote. The biggest impact we can have is thorough understanding our candidates, their bills and their promises. We youth must hold our chosen leaders accountable so that their promises do not become the gilded tombstone where empty proposals lie with lost lives. Change can only be brought to fruition by speaking to our politicians, because wounds only stop bleeding when you apply pressure in the right places.

Have something to say about this story? Send us a letter..

Jeannette Carrera-Velazquez is an 18-year-old senior at Everett Alvarez High School in Salinas. With the movement started in Parkland sweeping the nation, Jeannette has found her voice and has decided to use it to help her community.