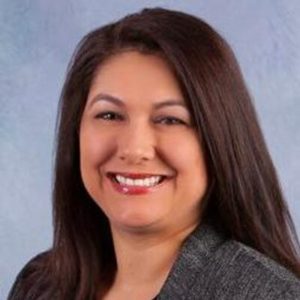 Kathryn Ramirez has a unique propensity for pissing people off. Fellow members of the Salinas Union High School District board, where she has represented North Salinas’ Area 4 since 2003? Check.

Members of other Salinas-area school boards, who are vocal about their disdain for her? Check.

The head of an independent oversight committee tasked with monitoring the spending of bond proceeds to build a new school in the SUHSD? Yeah, him too.

The self-described “Jewish-Aztec Princess” (her mother, Genevieve, is Mexican-American, and her late father, Gary Grossman, was an American Jew of German, Polish and Russian extraction) has been at the center of some of the wilder moments on the SUHSD board — perhaps most notably, the time when a fellow board member, Margaret Serna-Bonetti, hip checked her at a meeting and Ramirez called the cops. No arrests were made, but the incident has become the stuff of legend.

Asked to define her, someone who has known her since they were kids growing up in the same neighborhood in North Salinas puts it this way: Ramirez is super-smart, and she presents as confrontational even when she doesn’t intend to be.

“She’s very much an ‘in your face’ type of person. The thing that matters to her is, what are the benefits kids are getting out of their schools?” says Todd Williams, who co-owns the Cherry Bean Coffeehouse in Oldtown Salinas. “That’s her greater goal. That’s always been her greater goal.

“Kids who have any adversity, making sure they have equal access to quality education has always been her end game,” he says. “She wants to see everyone who comes out of the district with the potential and ability to achieve. She’s not in it for money or power or bragging rights. That’s not who she is.”

"They’re looking big picture. That if I run for something else, they can pop up and say, ‘You were subject to recall.'" Kathryn Ramirez

And now Ramirez is at the center of a politically motivated recall attempt masked as painting her (not the entire board, mind you, but her) as fiscally irresponsible because construction on a new high school has been fraught with weather- and material-related delays.

She is weary, and wary, about what might come next. But she’s fighting the recall attempt, because fighting is what she does best. (In one of her first encounters with Williams, she punched him in the face — and he punched her back. They were about 10 years old, and became friends shortly thereafter.)

“What they’re doing with this recall attempt is they’re trying to taint my name,” Ramirez says. “They’re looking big picture. That if I run for something else, they can pop up and say, ‘You were subject to recall.’ I will not let them manipulate me, and I will not play their game.”

Here’s how the game started: with dramatic flair. At the Jan. 23 meeting of the Salinas Union High School District board, a man named Rick Giffin approached the dais with paperwork in hand and told Ramirez he was serving her with a notice of an attempt to recall her from office.

Giffin, a member of the Salinas Planning Commission, also chairs the Independent Citizens’ Bond Oversight Committee, tasked with monitoring how the district is spending money raised from tax measures. Giffin specifically is designated as a taxpayer representative, and his focus is on the progress (or lack thereof) on construction of the $77-million Rancho San Juan High School, which was supposed to open this year but has been delayed to August 2019 due to last year’s floods, problems in manufacturing components like windows and a shortage of construction materials.
The day he served her, Giffin told KSBW Ramirez “hasn’t represented us properly” and called her “unfit for the position.”

The recall notice spells it out.

“During your tenure as trustee for Area 4, you have been grossly negligent in the execution of your duties overseeing the construction project of the new high school, Rancho San Juan, which will result in continued overcrowding of (sic) classroom and not ensuring a Fair and Public Education for all of the students of the Salinas Union High School District and will cost the district unknown millions of taxpayer dollars due to construction delays where the school will not open until Aug 2019,” the notice states.

“As one of the most senior members of the school board, your blatant lackadaisical attitude towards your fiscal responsibilities in overseeing any school construction come at the taxpayer’s expense, and demands that you be removed from office and replaced with a representative that will take the oath of office and all the responsibilities seriously and to vigorously represent all the people of Area 4 in a responsible and dignified manner.”

Given that Ramirez is only one of seven trustees on the board, it’s wise to wonder why Giffin has targeted her. While it’s true he lives in her trustee area, he’s also politically beholden to a former Ramirez opponent, and that opponent is beholden to a guy who could have benefitted from the new school construction project, but didn’t when the board opted to enter into a Project Labor Agreement (PLA), meaning contractors had to use union labor.

Giffin was appointed to the city Planning Commission by John “Tony” Villegas, a conservative who unsuccessfully challenged Ramirez for the Area 4 school district seat in 2014; Ramirez garnered 54.5 percent of the vote to Villegas’ 45.5 percent. Villegas went on to win a City Council seat in 2016, beating veteran incumbent councilwoman Jyl Lutes by just 55 votes.

During his school board run, Villegas received $3,000 from the Salinas Valley Leadership Group, a PAC spearheaded by construction company owner and political shotcaller Don Chapin, who doesn’t use union labor.

He filed a third one; as of Feb. 21, it was still under review by the Elections Department.

Ramirez posted the recall notice on the Salinas United website, and along with it, she posted the signature sheet, with names and addresses, of those Giffin got to sign on. Giffin, meanwhile, had intimated he had the backing of the bond oversight committee in seeking Ramirez’ recall, forcing the School District to issue a statement on Feb. 1 clarifying that the committee was not party to any effort to recall any board member.

“Mr. Giffin’s actions as a resident of Trustee Area 4 to serve a petition for recall of Kathryn Ramirez do not represent the views of the Independent Citizen’s Bond Oversight Committee and should not be associated with the authority bestowed upon members of the committee,” the statement reads.

“They’re a group that hates unions and hates workers. If they are successful in this recall, they will preach it to the top of the mountain." Ron Chesshire, CEO of the Monterey and Santa Cruz Counties Building & Construction Trades Council

If the construction delays, which came as a surprise to many, are really behind Giffin’s recall attempt, there’s one thing that’s true: The school district could have handled disseminating news of those delays better than it did.

In a November editorial, KSBW president and general manager Joe Heston offered a one-minute-20-second treatise as to whether the district had engaged in “malfeasance” (his word) when it hired a consultant to oversee the general contractor and construction schedule. At that time, according to Heston, board member Phillip Tabera had urged fellow board members not to speak publicly about the delays, lending credence to the theory that the district lacked transparency about the process.

Ramirez, who often clashes with Tabera stylistically, defends him on this. She says his words were both twisted and taken out of context, and that the board was just as blindsided by the delays as was the public. They were aware of the flooding, of course. They just weren’t aware of the ramifications that flooding, along with manufacturing delays, would bring. And a listen to the tape reveals Tabera never said “don’t talk to the public,” but instead was suggesting board members don’t try to talk to the contractors, project managers or architects directly and instead follow protocol by using the superintendent as the main point of contact.

“There is a protocol to be followed. Board members, council members…you don’t just go to a construction site and start demanding things,” Ramirez says. A new superintendent, Dan Burns, was hired last year; he went to the site in September, received an update and reported back to the board.

“He came to us and said, ‘Houston, we have a problem.’ I wouldn’t say we weren’t being transparent, I think we were shocked and were trying to grasp what was going on ourselves, because we were still getting information,” she says. “Nobody ever said we wanted to keep it from the community. We wanted to tell them as soon as we understood what was going on.”

In the background, a scuffle is ongoing over the PLA. Giffin, the Villegas appointee to the city Planning Commission, is also a member of the Salinas Taxpayer Association, as is Kevin Dayton, an avowed anti-PLA advocate.

Ron Chesshire, CEO of the Monterey and Santa Cruz Counties Building & Construction Trades Council, says the recall attempt is a way to keep the pot stirred in regards to the PLA.

“They’re a group that hates unions and hates workers,” Chesshire says. “If they are successful in this recall, they will preach it to the top of the mountain. We’re monitoring what’s going on; it’s a fight and we’re waiting to see what kind of punch they’re throwing. If this recalls is successful, I’m sure labor will get behind a candidate that has supported them in the past.”

For her part, Ramirez is trying to remain above the fray. She issued a statement that when she was re-elected in 2015, her priorities were building a new high school and middle school in north and east Salinas; maintaining budget stability through prudent planning; maintaining safe learning environments; and advocating for parent involvement in their children’s education.

“I have been making good on these goals ever since,” the statement reads.