Beginning next year, Californians may no longer buy or sell dogs and cats on the installment plan.

That’s right. Beginning Jan. 1, state law will forbid transactions in which ownership of dogs or cats are transferred contingent on “the making of payments over a period of time subsequent to the transfer of possession of the dog or cat.”

Who knew that pet leases were even a thing? The law in fact creates a solution to a problem few people knew existed.

Representatives at the SPCA of Monterey County certainly didn’t. Beth Brookhouser, director of community outreach at the SPCA, said she was not aware of the practice until informed of the new law by Voices of Monterey Bay.

So she did some research. “It looks like some people are thinking they are purchasing a dog from a not-so-ethical breeder but not reading the contract to see it’s a lease,” Brookhouser said.

And that, in a nutshell, is the issue. But the new state law has blocked the practice in California.

Purchasers were told they didn’t actually own the dogs. They were leasing them, at least until the bill was paid off.

Assemblywoman Anna Caballero, the Democrat from Salinas, learned of the issue and introduced legislation to ban the practice earlier this year. The legislation, AB 1491, sailed through the Assembly and the Senate this summer. (By the way, 10 senators voted against the law.) Gov. Jerry Brown approved the bill last month.

The legislation moved along without much notice. Capitol Weekly, a nonprofit independent publication that specializes in public policy and state politics in Sacramento, published a story about it in September. And earlier this year, bloomberg.com published an exhaustive report that detailed the practice. 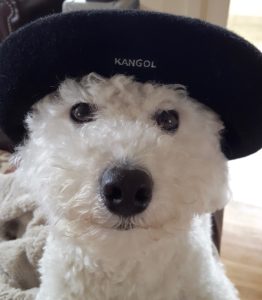 This dog is not for lease.

The Bloomberg story included a description of the Ayn Rand-ish entrepreneur from Reno, Nev., named Dusty Wunderlich, who operates Bristlecone Holding LLC, the company that operates Wags Lending. Bristlecone specializes in oddball leases, according to Bloomberg. “When I take a good hard look at what the world will be like in 10 years, I think most things are going to be on lease,” Wunderlich told that publication.

The Bloomberg story also describes unwitting animal lovers who thought they were buying dogs from pet stores, with financing offered through Wags Lending. After a while, as charges started to pile up, they were contacted by representatives of the administering financial company, who told them they owed substantially more money than they originally thought they’d be spending for the pet.

At that point, the “purchasers” were told they didn’t actually own the dogs. They were leasing them, at least until the bill was paid off. One victim said he thought he bought a dog for $2,400, only to be told by the lending agent that he owed $5,800.

While the leasing of pets might not have been an issue on the Central Coast, Caballero said that she carried the legislation on behalf of the American Society for the Prevention of Cruelty to Animals, the national organization.

Caballero described the practice as an unscrupulous “scheme” based on usurious lending practices. And once the sticker shock sets in, the victims need to decide whether the dog is worth all that, with the added resentment that their pet is a constant reminder that they didn’t read the fine print on their contracts.

“In the event of a default or cancellation, the future welfare of the pet is put into question given that the lending company has no interest in maintaining the pet,” Caballero said in her formal analysis of AB 1491.

"When I take a good hard look at what the world will be like in 10 years, I think most things are going to be on lease." Dog lease financer Dusty Wunderlich

The collection agency, called Monterey Financial Services Inc., is taking a hit among customers who are complaining on a review site called Consumer Affairs. (Monterey Financial is headquartered in Oceanside, not Monterey, though its company logo is a stylized Monterey cypress tree.)

Chris Hughes, the president and CEO of Monterey Financial, said the company stopped doing business with Wags several months ago and is not offering pet financing in California “in any form.”

He also seemed a bit mystified that consumers claimed they were unaware they were only leasing their pets. “Within the Wags document signed by the consumer the word lease is used over 100 times, including being underlined and bolded several times within the title of the first page,” Hughes said in an email statement. “The consumer signs the document in 4 locations and initials in 15 locations, including in several spots where they are referenced as the lessee right next to their signature.”

In any case, Brookhouser of the SPCA sees the entire pet-leasing issue as “another good reason to adopt instead.”

(Editor’s note: This story has been edited to reflect that the lending company is being criticized on an online review site called Consumer Affairs. Contracts for the pet transactions were leases, not rentals. Also, that Chris Hughes is a male. Voices regrets the errors.)

SOUNDTRACK | I’m Gonna Buy Me a Dog by The Monkees